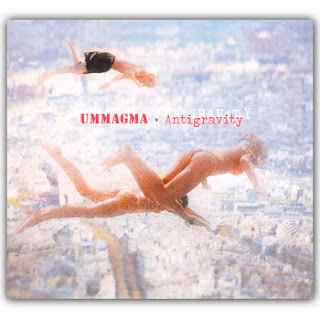 Releasing two albums simultaneously as your debut release(s) may seem like madness to some but for this Ukrainan / Canadian  duo their ambition and diversity was too wide for the confines of one piece of plastic.
Indeed the diversity on display here is so vast that these are tough albums to review - their range makes them virtually uncategorisable, which as a listener is exciting stuff, but as a reviewer has me scratching my head for ways to describe their sound to you.
There's a major hint of nineties underground music here - plenty of shoegaze, a little trip hop and a lot of ambient electronica, but this barely scratches the surface of what's going on.
In many ways Ummagma's work recalls the adventurous and unified approach of much of the 4AD labels' late eighties / early nineties output.
"Ummagma" is the most upbeat of the two albums with a number of radio friendly tracks and a generally sunny disposition which is certainly more immediate, whereas "Antigravity" is a more sombre affair with a darker, more experimental hue which some may find more of a challenge, but appeals to the obtuse side of this reviewer.
Multi-instrumentalist Alexx Kretov skillfully, and with apparent ease, creates lush and evocative soundscapes for their songs to inhabit, with a confidence that one certainly doesn't expect from a debut set of recordings. 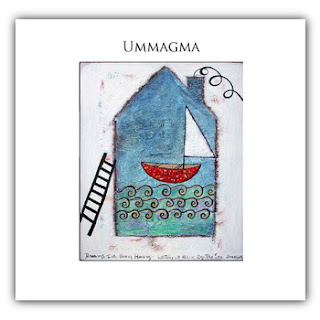 Kretov and partner Shauna McLarnon share vocal duties, with Kretov sounding at times like Thurston Moore, while McLarnon covers more ethereal ground.
Ultimately the music describes itself far more eloquently than I can - check out any track from those below and you will find something interesting or challenging or beautiful, and sometimes all three at once.