Beaulieu Porch - In Touch With The Infinite Review 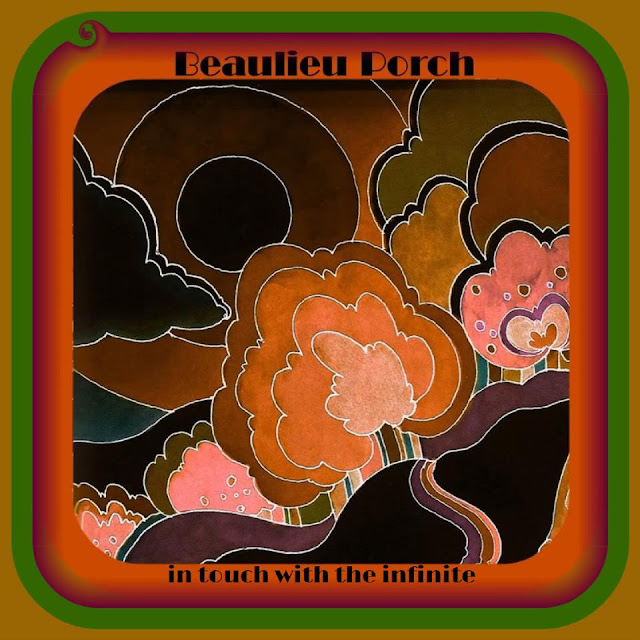 Out of the Box Digital

Another album so soon from the Porch? It seems that Simon Berry is almost indecently industrious, and if the result of this is two fabulous albums in one year, then I'm not going to hold it against him.
While the self titled debut (reviewed here) was all ornate "Sgt Pepper" meets "Pet Sounds" psych pop goodness, Berry has widened his net on this one to also include stomping glam pop and just the slightest tinge of late seventies punk rock, all delivered in Berry's own inimitable style.
Opener "Anno Domini" demonstrates this well with it's sweet and sour juxtaposition of sugar sweet verses with chaotic ascending choruses layered with out of control fuzz guitar shredding.
Berry's self described "squeaky" voice is still the dominant instrument though, giving this an even more British hue than the first album - I'm immediately reminded of the likes of the Dukes of Stratosphear, while "Virgil Part 1 (Hello World)" resembles a psychedelicised Slade - no wait, come back!
There's plenty of intricate, orchestrated psychedelia here for those that fell in love with the first album, but the headlong fizz punk of tracks like "Devolution" will likely win new fans keen for something a bit more raucous too.

A number of these tracks were originally written for Berry's Spider 72 project, which was a much noisier prospect. It's impressive how seamlessly he's been able to stitch them into the Beaulieu Porch tapestry, proving even more than the debut how astute he is at assimilating a diverse string of influences into something unmistakably his own.
I doff my cap to you Mr Berry.

Available soon via iTunes and Amazon. Befriend Mr Porch on Facebook here to keep up to date.