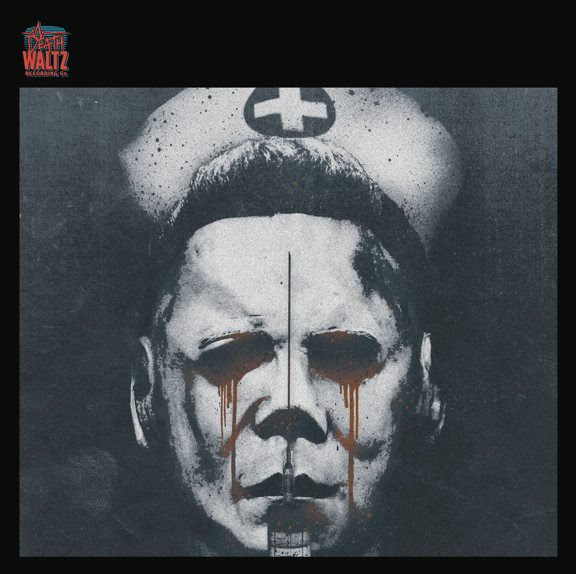 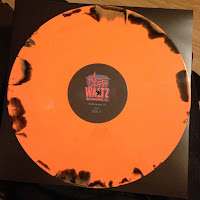 Two much anticipated vinyl reissues from the excellent Death Waltz Recording Company who've already reissued Carpenter's "Escape From New York" and "Prince of Darkness" in the last few months.
These may be the label's best releases yet, with lovely orange and black streaked vinyl, and full colour signed reproductions of the cover art for those who buy early direct from the label.
The music itself will be familiar to a lot of you already.
"Halloween II" is the more accessible of the two. With Carpenter busy directing "The Thing" he handed the reins to Alan Howarth who took
Carpenter's score from the original film (which Death Waltz are also attempting to secure the rights to) and tweaked it, adding new cues of his own where necessary and running things through new state of the art keyboards and synthesizers that weren't available when the original score was recorded in 1978. Like the original, it's creepy stuff which sets an ominous atmosphere without sacrificing memorable melodies. The Chordettes "Mr Sandman" fits in seamlessly as a postscript and leaves an unsettling aftertaste in the mouth.
"Halloween III" is a totally different prospect but no less rewarding. With no Michael in the screenplay Carpenter and Howarth opted to drop all of the recognisable cues, and start afresh with an entirely new score, apparently improvised whilst watching scenes from the film on a TV monitor.
It's a much more melodic score than this approach would suggest, which sets the mood nicely, dabbling with dissonance at times but generally being much more accessible than one would expect.
The silver shamrock tune is just as annoying as you remember it being, but it's presence is welcome for the sake of completeness.
Both of these scores have aged incredibly gracefully and still retain the ability to unnerve. 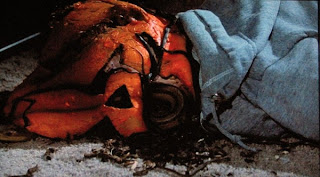 Essential listening for anyone with an interest in the evolution of electronic music and synthesizers, which deserves a place in even the most selective collection alongside your Delia Derbyshire, Tangerine Dream and Fabio Frizzi.

Available from the fine folks at Norman Records here
or directly from Death Waltz Recordings here.
Or if you're in the U.S you can buy Halloween II here and Halloween III here. 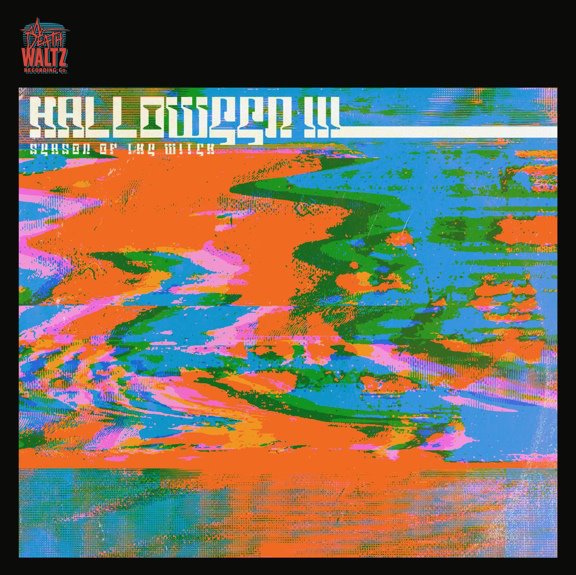