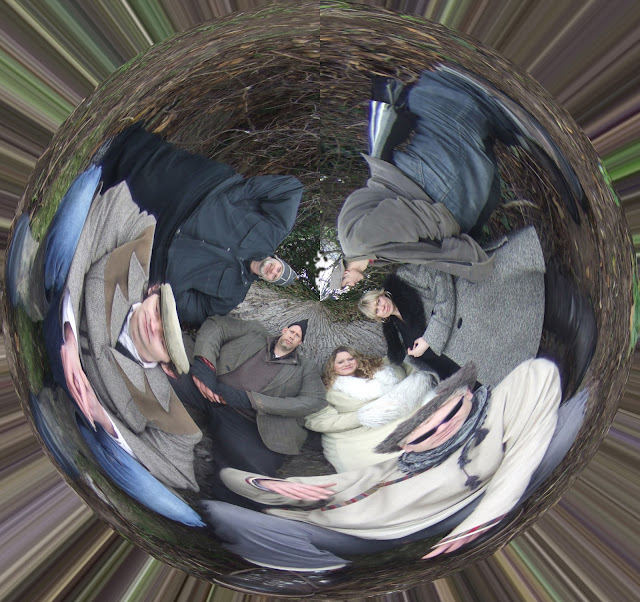 The ever evolving beast that is Sproatly Smith have been kind enough to provide us with a second album for the year, and while "The Minstrel's Grave" pushed the envelope as to how a folk album was able to behave in polite company, their new album "Times Is N' Times Was" is a far more accessible set of songs - although still admirably diverse and adventurous in it's own right.
The ingredients that made previous albums so successful are still very much present - plenty of field recordings (many of which sound like they were actually recorded in fields), lashings of psychedelia, solid source material et al, but for some reason this strikes me as their first album with any sort of major crossover potential.
Where previous albums have sounded very much like they're made for a select audience - not a criticism, especially as I view myself as a member of that audience, merely an observation, The Sproatlys have honed their craft to such a point now that their music works on enough levels for a track like "Rosebud In June" to appeal purely on the beauty of it's vocal delivery, without sacrificing the idiosyncratic little touches that drew the likes of us slightly more selective listeners in the first place.
There's still plenty of room for them to fly off on tangents as well, whether it be the full blown Saucerful of Secrets style psychedelia of  "Bartonsham Meadows" or the slightly sinister (I say that as if there's another kind) Morris Dance invocation of "Reaphook & Sickle".
Mostly though "Times Is" is peopled by top drawer vocal tunes like "We Plough & Sow" and 'Fine Horseman" - songs that sound both timelessly ancient and thrillingly contemporary at the same time.
While The Unthanks are being credited by the media as the saviours of modern folk, The Sproatlys are certainly continuing to give them a run for their money here.
Essential listening for acid-folk fiends.