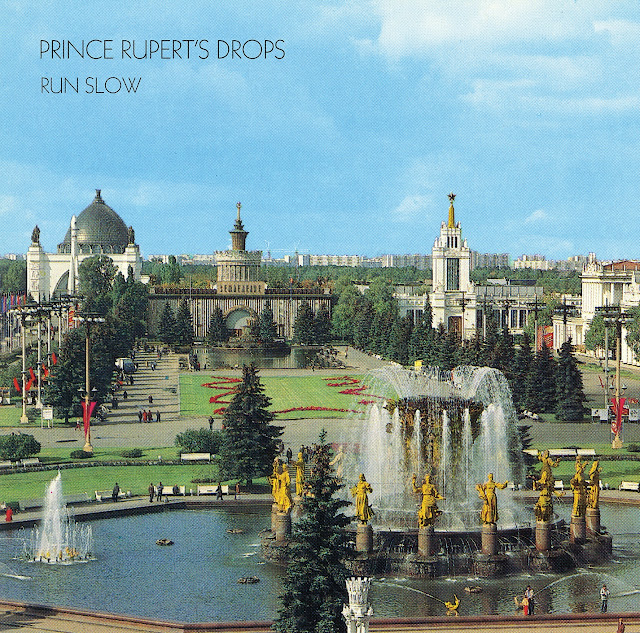 Beyond Beyond Is Beyond Vinyl / Cassette / Digital

I've spent a considerable amount of my spare time over the last month listening to this, which seems only fair considering the amount of time it's taken Prince Rupert's Drops to commit their debut to tape since forming in 2005. The old adage is that good things take time, and while that's certainly the case with the band's evolution, it's also a case of the journey that "Run Slow" has taken me on personally. While it was obvious on a first listen that this was a confident piece of rock and roll from a band that had given themselves time to establish their own identity, what wasn't immediately apparent were the many inherent subtleties of their music which have revealed themselves to me over time.
Prince Rupert's Drops have obviously spent some time studying the classic rock songbook, and have taken the lessons they've learned into a number of  interesting directions. Completely ignoring the quiet / loud aesthetic that most bands seem to rely on to create drama, PRD seem to have decided that they won't resort to cheap tricks where excellent songcraft and tight band interplay will get the job done instead.
"Plague Ride" contains everything that makes "Run Slow" such a success - a great riff and melody (equal parts Fairport Convention and Wolf People in this case), a memorable chorus, and an extended outro with fine instrumental interplay that stands favorable comparison to Jefferson Airplane's late sixties heyday at it's heaviest.
Elsewhere the ghosts of everyone from Jefferson Airplane to Thin Lizzy to Creedence Clearwater Revival are conjured with verve, wit and grace.
Very fine indeed.

Preorder or stream below.