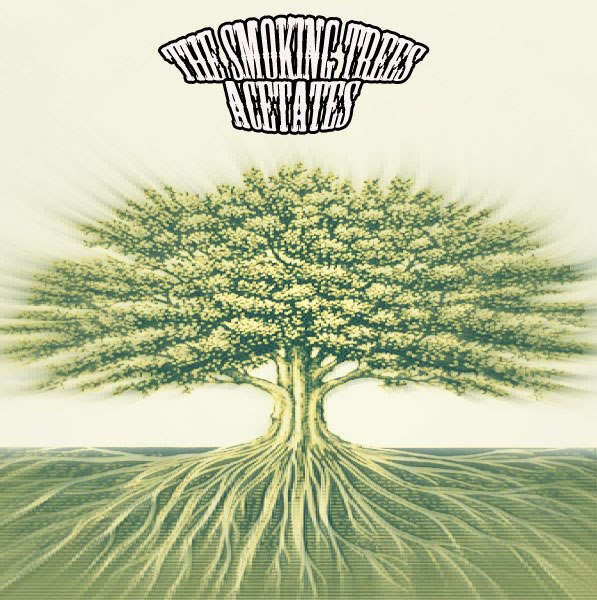 I've been following the work of Martin Nunez a.k.a Sir Psych with much enthusiasm since I discovered "The Popsike World of Sir Psych" ( reviewed here ) earlier on this year. "The Popsike World" was a lot of fun and reminded me of a lot of my favorite sixties albums, but with a fresh slant that made it more than just a rehash.
The Smoking Trees is the next chapter in the story. The Smoking Trees are Nunez and pal L.A Al, and 'Acetates" continues in a similar vein to Nunez's solo material, albeit with a far more expansive sonic pallette.
A number of these songs have been premiered already through Soundcloud, Bandcamp and Youtube, but refreshingly enough the material on here that hasn't been heard yet is of even higher quality than that which has been exposed so far. A cynic would guess that he was saving the best material for those willing to pay for it, but I'm more inclined to believe that Nunez is on such a creative roll at the moment that each fresh piece he's coming up with is better than the last, and that the best tracks on here happen to be the newest.
Whatever the case is "Acetates" is a total winner, and ups the stakes considerably on anything Nunez has released thus far. It's also a much more psychedelic offering than we've heard from him before with an ambitious mix and all sorts of crazy psychedelic effects threatening to unhinge even the most stable of listeners. That this process has been applied to some of the sweetest pop tunes that I've heard for ages is both perverse and brilliant.
It's a much more musically fleshed out release than "The Popsike World" too thanks to the collaborative efforts of L.A Al, with lots of guitars and plenty of big drums as well as the odd sitar thrown into the mix. 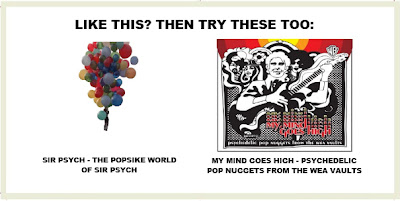 The highlights are plentiful. "Calling" has a sinister, trippy vibe with big fuzzy guitars and a chorus so catchy you'll be humming it for weeks. "See" has all the shambolic pop charm of the very best White Fence material.
Then there's the propulsive, jerky rhythms of "Stay For The Night" that makes even me, the whitest of white boys, move involuntarily in as best an approximation of dance as I'm able.
And there's plenty more where that came from too.

Pre-orders and streaming available through the widget below: