The Scraps - Play Misty Play / Amy In The Afternoon 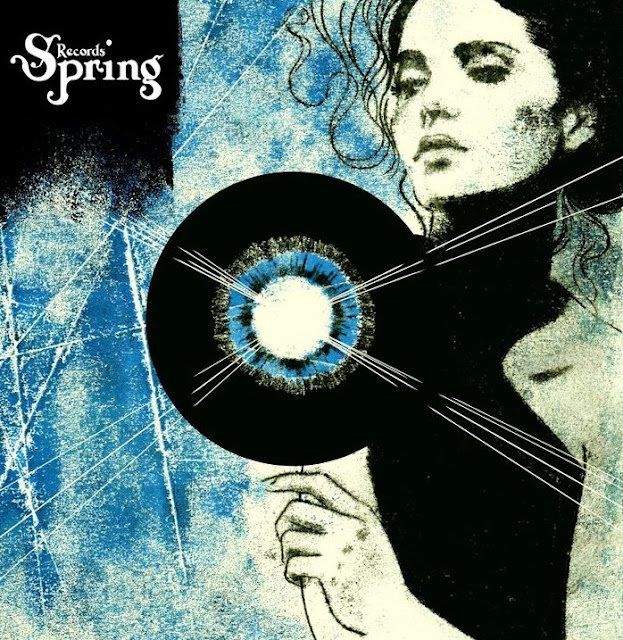 Haven't heard of The Scraps? Don't feel bad, Wikipedia haven't either, and I certainly hadn't before I stumbled across this curious 7" released earlier on this year by boutique label Spring Records.
Formed in 1988, they lasted ten years, releasing a self produced cassette in 1993, but otherwise they kept a pretty low profile, playing regularly around their native L.A.
Why should you care, you're asking yourself? Well, apart from the fact that these are two shining pieces of paisley jangle pop in their own right, the A-Side also features a rare guest vocal by none other than Love's Bryan MacLean.
The story goes that MacLean and the band had a mutual friend in producer John Bird, and one day MacLean popped by the studio was given a lyric sheet and spontaneously laid down the vocal track presented here. So, a case of being in the right place at the right time to a certain extent, but could there be a better vehicle for that voice than "Play Misty Play"?
It's an epic of sorts starting off as a jangling Byrdsy folk rocker with meticulous harmonies, and shifting through several changes that take in a moody acoustic section, before the drums energetically usher in the rockier grand finale. Top stuff.
The B-Side "Amy in the Afternoon" is perfectly serviceable too - another piece of quality paisley pop, that sounds a little like the Long Ryders without the country influences.
I've mentioned paisley a few times here you'll have noticed, and although these sides were recorded in 1992, they sound like they would have stood a far better chance as part of the mid eighties paisley pop scene. Fortunately we can now enjoy these in hindsight. Pretty much essential for paisley fans, not to mention fans of Love and the Byrds.
Limited edition of 250 so get in quick....

Have a listen below.