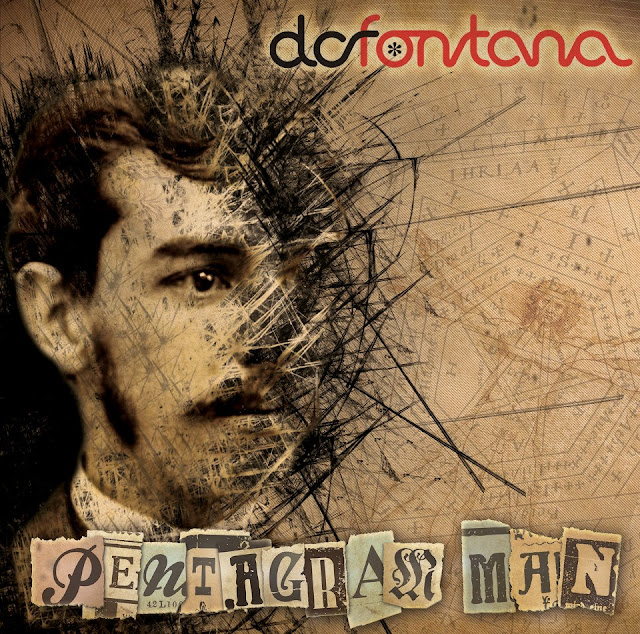 As if naming your band after an ancient Star Trek scribe wasn't enough to indicate that DC Fontana operate at the more cult end of the spectrum, then half filling this E.P with vaguely Dennis Wheatleyesque diabolism seems to complete the picture. But the truth of the matter is that DC Fontana are a far more accessible prospect than you'd expect.
Musically they're a melting pot of swinging sixties London styles - predominantly mod / soul but with plenty of others colours peeking through.
"Pentagram Man" is the big drawcard - an epic, and yes diabolical, mod anthem with delicate psychedelic shadings provided by tremeloed rhythm guitars and the odd raga guitar break. Wise enough to know you can't have too much of a good thing, we get two versions, one with lead vocals by DC Fontana's own Louise Turner, and one provided by ex Sorrows vocalist and soul legend in his own right, Don Fardon.
Elsewhere the mod template is stretched and skewed further with "Sighed DC " delving into psychedelia with mellotrons and creepy foreign vocal murmurings, eventually settling into a hypnotic pastoral groove.
"What Would It Take?" is a delicate acoustic folk pop tune, peppered with accordions and some tastefully applied backwards guitar.
"Satisfied ( Part 1 )" meanwhile alternates between moody Manfred Mann Chapter Three prog jazz and uptempo conga bursts.
"Devil Angel" however seems the most likely track to hit the airwaves, an insistently catchy number which should collapse under the weight of it's accompaniment (which includes cimbalom, hammered dulcimer,Chinese yangqin, autoharp, cor anglais, oboe & flute), but somehow manages to find room for an eclectic group of unusual bedfellows without sacrificing accessibility, which come to think of it is exactly what DC Fontana seem to embrace as a manifesto of sorts.