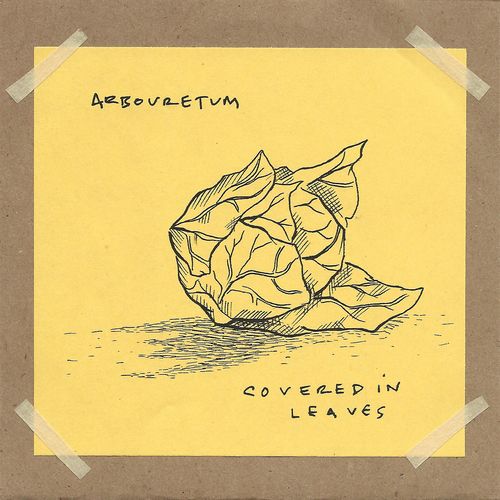 This is one that's slipped under the radar a little - sold by the band at show's on their Spring 2012 tour, "Covered In Leaves" highlights a different side of Arbouretum than their more ambitious 'official' releases.
Recorded live to a 2 track with no chance of overdubs, it's a much more straightforward rock record than we've seen from them before.
While this may sound like a bit of a slapdash release to some, I actually enjoyed it more than any of the 'proper' releases of theirs that I've heard so far, and it's certainly not as lo-fi as it's recording conditions would make you expect.
There are a few originals, but it's the well chosen covers that are the most appealing. Dylan's "Wicked Messenger" sounds great in every context I've ever heard it in, so that one's a bit of a no-brainer, but the garage rock ballad take on Creedence Clearwater Revival's "As Long As I Can See The Light", with it's ghostly, processed Warren Zevon style vocal, and the unlikely, propulsive rock version of the usually delicate traditional " She Moved Through The Fair" show that Arbouretum have previously unacknowledged interpretive skills, and are certainly an indicator that they may be that most rare of breeds - a band with a distinctive enough sound of their own to put out an inventive covers album, where they're not overwhelmed by the material.
Hard to find but worth the effort.