Barry Uhl "An Account Of The Happenings At Wretched Knob" 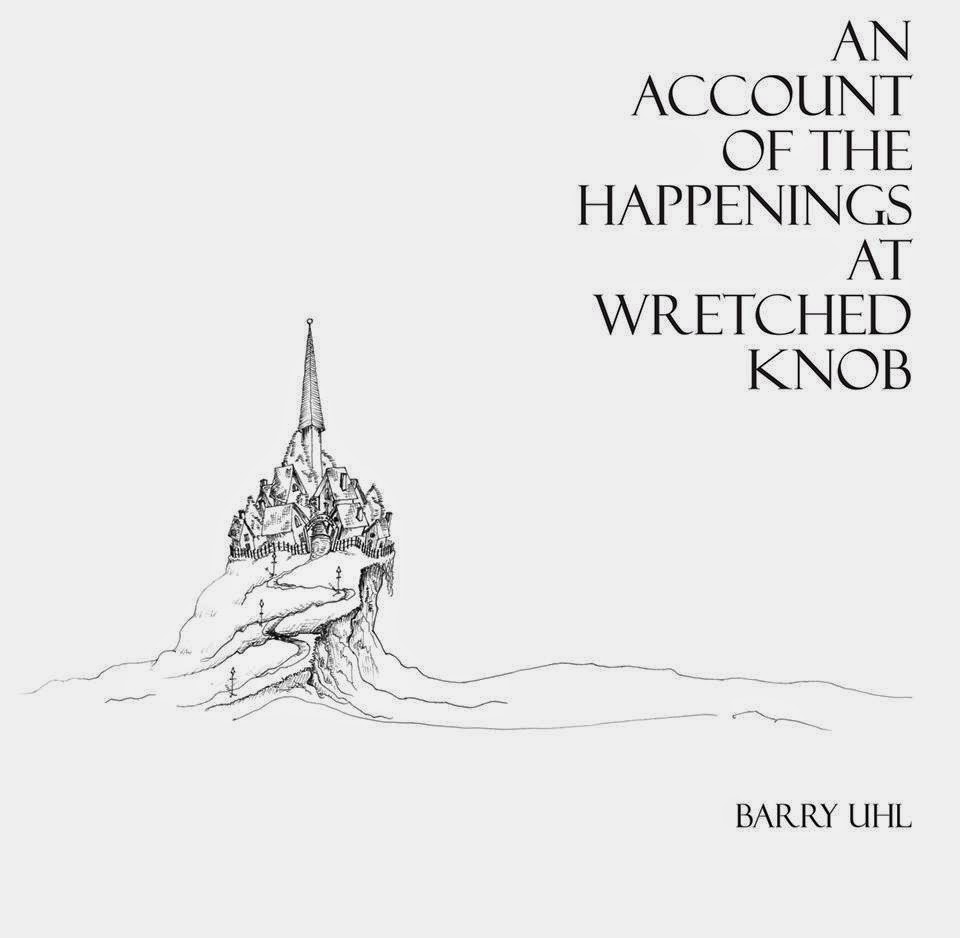 "An artist who is far beyond his time, who was discovered long ago by critics, fans, and fellow musicians. Welcome to the now. Sadly, you will always be too late." - that's how Damien Jurado describes Barry Uhl, and he should know; Uhl has spent time in Jurado's band as well as proving himself in the excellent indie/psych-pop group Cloud War (who have a so-far unreleased album that will knock your socks off once it's out and about).

Now add to that an ambitious debut solo release here in "An Account Of The Happenings At Wretched Knob" and it's clear that Uhl has both a vision and a drive to bring that vision to life.

A multi-media release ( a series of stories, illustrations, and a soundtrack; meant to be absorbed as one piece), I only engaged my aural senses in the lead up to this review, and the lack of visual stimulus certainly didn't make the experience any less rich.

A series of character based vignettes about the inhabitants of, and visitors to, the fictional settlement of Wretched Knob, Uhl's well rounded characters are brought to life in startling detail via a top drawer selection of deceptively complex indie baroque pop tunes that perfectly combine the progressive tendencies of Grizzly Bear with the melodic spark of early Ben Folds Five.

Every note is perfectly placed, giving the unusual impression of much care being given without spontaneity being sacrificed - a very fine tightrope from which most artists topple at an early stage.

While it's certainly a cohesive 'album' album, it's also easy to imagine almost any of these tracks making a huge impression on their own if heard in the right circles, chief among them "Doctor Archibald Davenport Drearum" which is positively teeming with sunny, kaleidoscopic "Smile" harmonies, while it's hard to fault the evolution of "Admiral Orofino, Or, The Deliv'ryman Of Much Secrets And Death" from a perfectly observed piece of Macca style psych fluff to full blown, madcap prog-pop in just over four thrilling minutes.

Read more about "An Account Of The Happenings At Wretched Knob" here.

Hear more from Barry about "Wretched Knob" in this video: