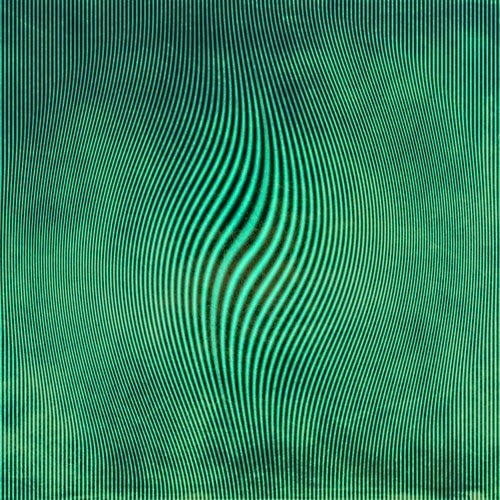 Stroll On Records have pulled together a pretty stellar lineup of up and coming psychedelic stars for this four way split 7" with all four groups bringing a new song to the table.

First up is "Shaman", a new song from Stroll On's very own Triptides, a band whom according to the accompanying press release have received much attention for last year's second album "Predictions". Somehow I missed all of that but now that I know what I'm looking for, backtracking and googling is indeed leading to a number of reviews, all glowing. No wonder either, "Shaman" is a treat, and the definite highlight here with a big jangly riff, creepy underwater vocals, huge harmonies and a great bridge section which gets super trippy. This is kind of what I was hoping the Temples album would sound like. I'll definitely be checking out "Predictions" ASAP.

Also on offer here is "Revival" by Frankie & The Witch Fingers which is a pretty accomplished piece of reverbed, jangle-heavy garage / psych with a great vintage guitar/organ combo sound from a band who's debut album can be download free from their Bandcamp page.

On the flipside The See See continue their run of extremely consistent singles / e.ps / albums with "Evil Clutch of Dawn" displaying their trademark melodic gifts and a nice, timeless production sound that reminds me a little of The Las which can only be a very good thing.

Last up is our old friends The Young Sinclairs whom I've waxed lyrical about several times in the past, particularly about their ability to flawlessly recreate an authentic mid sixties Kinks/Who/ Beatles hybrid with songwriting chops to match. Curiously, here they seem to have abandoned those particular ambitions in favour of recreating the sound of 1985 New Order on "In This Room". Very unexpected, and it'll be interesting to see whether it's a detour or a reinvention come next album.

Limited run of 250, and pretty top stuff. Better get in quick.

Available straight from the label here.