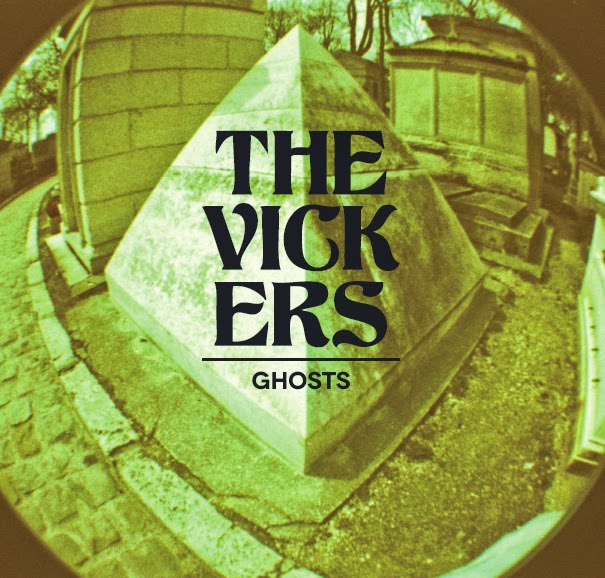 Italian quartet The Vickers have been on my radar for a little while now (their single "She's Lost" featured back on Active Listener Sampler #9). Since then they've released another even better single (the moody "I Don't Know What It Is"), and now the follow up album "Ghosts" does a great job of consolidating the strengths of those two singles, as well as stretching out into new areas.

Frontloaded by those two singles, the rest of the album takes a little bit longer to reveal its true character, but after multiple listens shows itself to be an album of unexpected depth.

"Ghosts" is full of great songs, but it's the production that really grabs attention and brings these songs to life. I was very surprised to see that it was a self production job - good job those men! The Vickers have a panoramic approach to production that makes even the most intimate songs sound massive. Take the lovely, melancholy ballad "Senseless Life", an acoustic based song that would function perfectly adequately in a solo format, but is made substantially more than the sum of its parts by splashes of flanged/phased guitar chords and a hypnotic mantra-like psychedelic outro, a trick which they repeat several times over the album's playing length, helping to establish a sense of grandiosity and a uniformity that makes this feel like more than just a bunch of songs stuck together.

And that's part of the appeal of "Ghosts". There's a rightness about the way everything fits together so snugly, and a cohesiveness that makes this a statement that feels complete as an album experience in the grand tradition of all of those classic albums of the late sixties, but with a nice, new contemporary sheen to it that won't scare off the kids.

Available on CD or digitally through Bandcamp below: