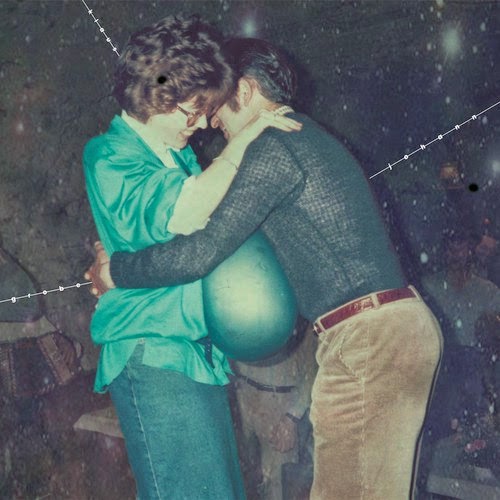 The folks at Trouble In Mind Records have one key skill that the major labels haven't had for years: they know good music when they hear it. How else to explain the run of recent acts they've picked up who've been championed by the blogosphere (not to mention some of the more adventurous proponents of the popular music press). Jacco Gardner, Morgan Delt, The Liminanas, Doug Tuttle, the list goes on, and boils down to one thing: good taste.

Now you can add Swiss duo Klaus Johann Grobe to that list. Fresh from a sellout single on Sunstone Records (which Trouble In Mind repressed for the U.S market) comes what promises to be their breakout album "Im Sinne der Zeit" which is, and I won't make too fine a point of it, a rollicking good time.

Combining the rhythmic and experimental tendencies of krautrock with the most irresistible of pop smarts seems like a pretty obvious idea, but few have actually achieved results worth mentioning in this field until now and as such "Im Sinne der Zeit" is in the rather unique position of being the ideal entry point for the more pop-focused dabbler into what can be quite a baffling and intimidating genre to find your feet in (that would be krautrock, just in case I'd lost you). The fact that Klaus Johann Grobe are not actually German is a minor detail.

There's little that I can tell you about the music that your feet won't immediately tell you on first listen; imagine a German Stereolab, or a slightly less English sounding Soundcarriers and you've pretty much got there by yourself. Good isn't it? Except the real thing is way better than what is happening in your head right now.

Free download of "Between The Buttons" from "Im Sinne der Zeit" here: