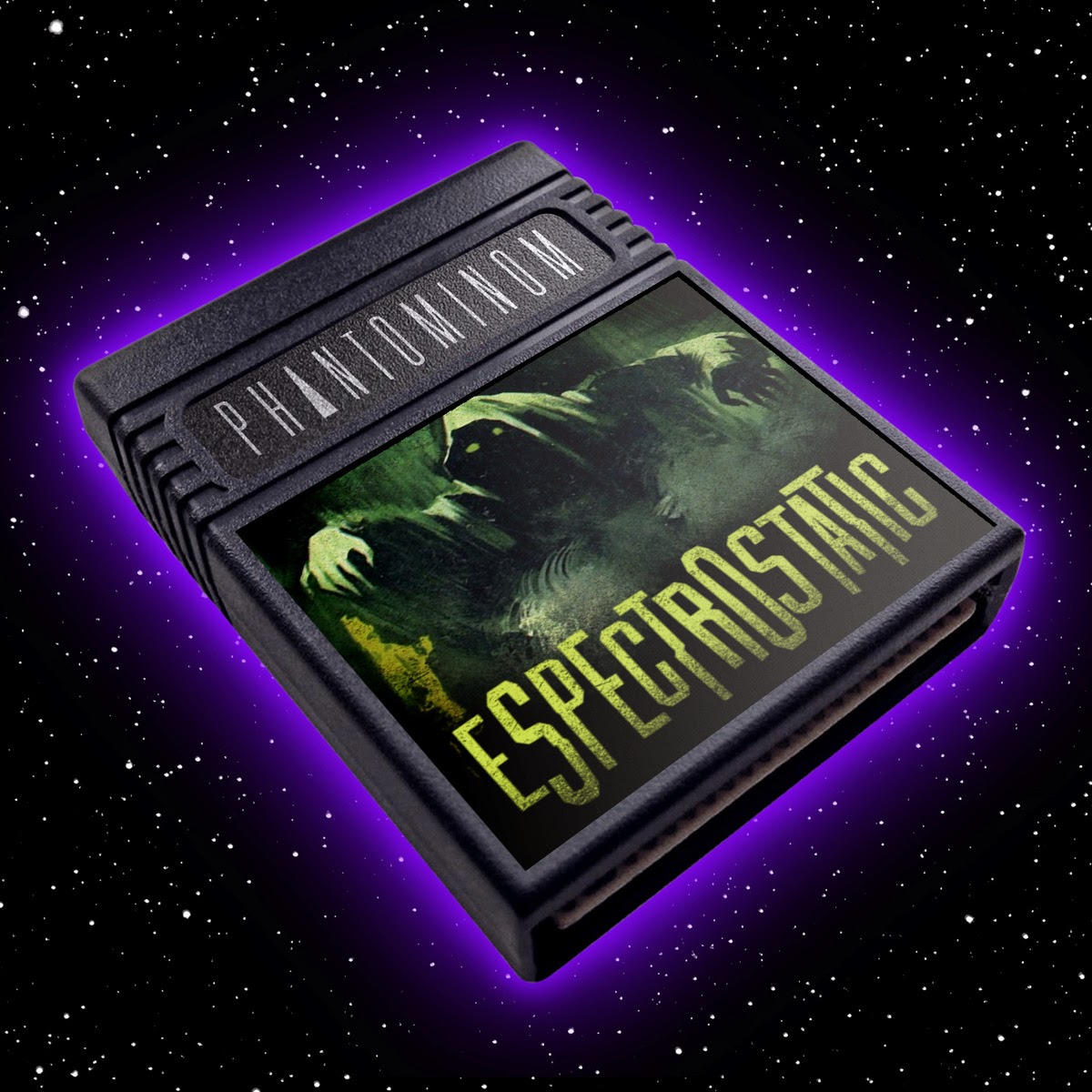 Based on the urban legend of a video game console no one had ever seen or heard of, purchased at a mysterious garage sale. The peculiar electrical and television hookups were not compatible with any existing or historical connections, leading some to speculate that this console was not of our world, but from a nearby parallel universe......

Alex Cuervo's synth horror alter-ego Espectrostatic has been increasingly dominant of late, first with his excellent solo full length platter on Trouble in Mind Records last year, and now with this six track E.P put together as a fundraiser for Hex Dispensers bandmate Rebecca Whitley, who had a 23 pound (!) ovarian cyst removed last year, only to find that her medical insurers considered it a pre-existing condition.

Taking as its central conceit the idea that the six tracks offered up here form the soundtrack to a late eighties video game cartridge, you'd have to be pretty stubborn to insist that this isn't a novelty idea, but it's done with such close attention to detail and such an emphasis on being a helluva lot of fun that only the most sticklery of sticklers could possibly protest.

Cuervo obviously grew up playing a lot of games of the era (as did I), as he's captured the sense of impending danger perfectly, evoking images of heavily pixelated Lovecraftian terrors lurking around every corner.

Several tracks from last year's self titled T.I.M release are also revisited in this format using 4 monophonic FM synthesizer channels and 3 PCM audio percussion channels and fare particularly well, but it's the opening one-two of "Witchtropolis" and "Carpe Nacht" that best capture the luminescent purple flavour of the era.

Great stuff, and all for an excellent cause. It's only $4.99, but please pay more if you can to help a hard working musician get back on her feet: