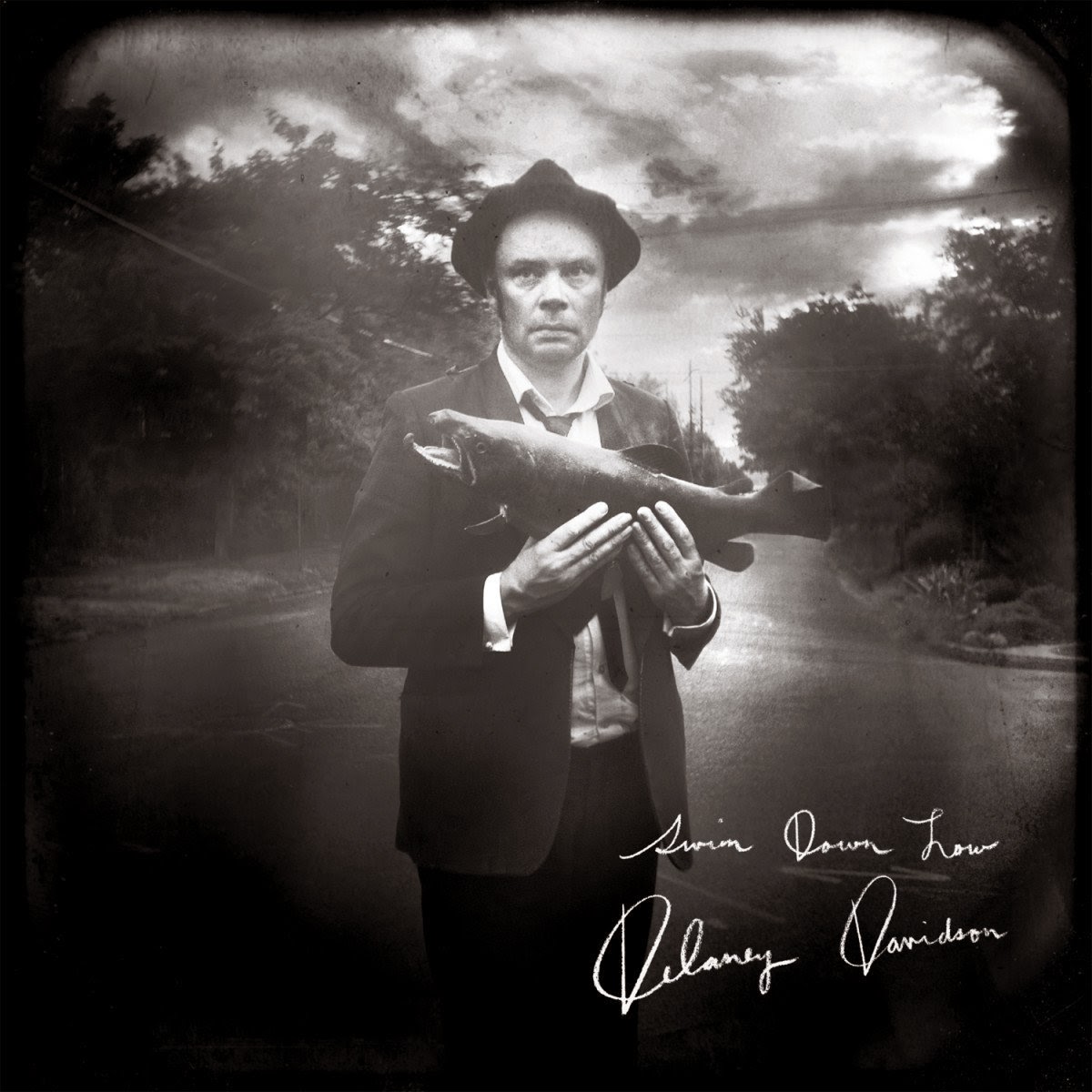 Presumably introductions are necessary for the majority of readers, and this evocative description from the Outside/Inside Records website captures Delaney's essence nicely:

"Part man part wheel, Delaney Davidson is part wandering minstrel, part travelling salesman. One hand holds a small brown suitcase; his trade, his ghost orchestra, the other holds his guitar. During a ten year Solo Tour Davidson has turned homelessness into a success of its own..."

In our home country New Zealand, Davidson is a fairly well known character through his solo albums and tours as well as his successful string of old-timey country outings with fellow rambling troubadour Marlon Williams, but it's Europe that has embraced his vagabond lifestyle and it's here that his fifth solo album "Swim Down Low" was recorded for Italian label Outside/Inside.

Put to tape over a week with Matt Bordin and Davide Zolli from Mojomatics, "Swim Down Low" displays plenty of Davidson's self deprecating humour and augments his gothic folk-noir with more of a cinematic widescreen vista than we've heard before on his records, with some notable trumpet work that finds a cosy middle ground between Calexico and vintage Italian cinema.

But as always Davidson is unable to be dominated by his collaborators, with his sardonic delivery and expressive Cash/Cave/Waits vocal delivery taking centre stage with an effective cover of Nick Lowe's seminal "The Beast In Me" nestling nicely among a selection of Davidson's own gems, which all have a swampy, off the cuff charm that revels in spontaneity without displaying a lack of polish.

Fans of the aforementioned artists as well as the likes of Sixteen Horsepower should become acquainted with Mr Davidson at the first possible opportunity, and if you don't have the chance to catch him live (where he really shines), then "Swim Down Low" is an eminently suitable alternative.

"Swim Down Low" is available here on CD, or digitally here.