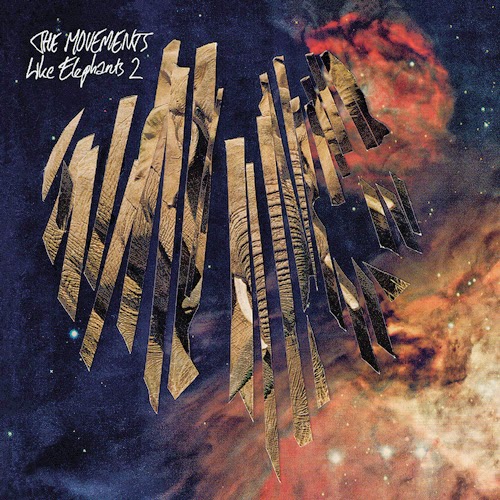 Interestingly enough "Like Elephants 2" is an entirely different creature which, while retaining the necessary explorative and adventurous spirit of it's predecessor, otherwise shrugs off the genre trappings to showcase an album that isn't easily identified as psychedelia - or anything else for that matter.

It's an album that transcends genres in the ways that the best classic rock albums do - tracks like the tremendously effecting "Six Feet Under" have the same transcendental qualities that the last few Screaming Trees albums were up until this point, almost uniquely in possession of.

There are still plenty of trimmings for those who want certain psychedelic boxes to be ticked - check out the twelve string jangle and San Fran guitar leads on "Winter's Calling", but more often than not, this is a more wide-reaching affair that employs arrangements that best serve the song, whether that be the aforementioned jangly folk-rocker or the moody, almost Bad Seeds like "Icecold", the Laurel Canyonesque "Yesterday, Now or Forever" or the creepy, wicker-folk chant of the title track.

It's not as immediate a thrill as "Like Elephants 1", but given a few extra listens to acclimatise, it quickly becomes apparent that "Like Elephants 2" is a massive step forward within a genre that, with it's current mainstream dalliance, is showing signs of becoming formulaic.

The way forward for psychedelia perhaps?

Vinyl coming soon as a double LP paired with "Like Elephants 1" on Sunrise Ocean Bender Records.