"The Very Best of The Marshmallow Overcoat" 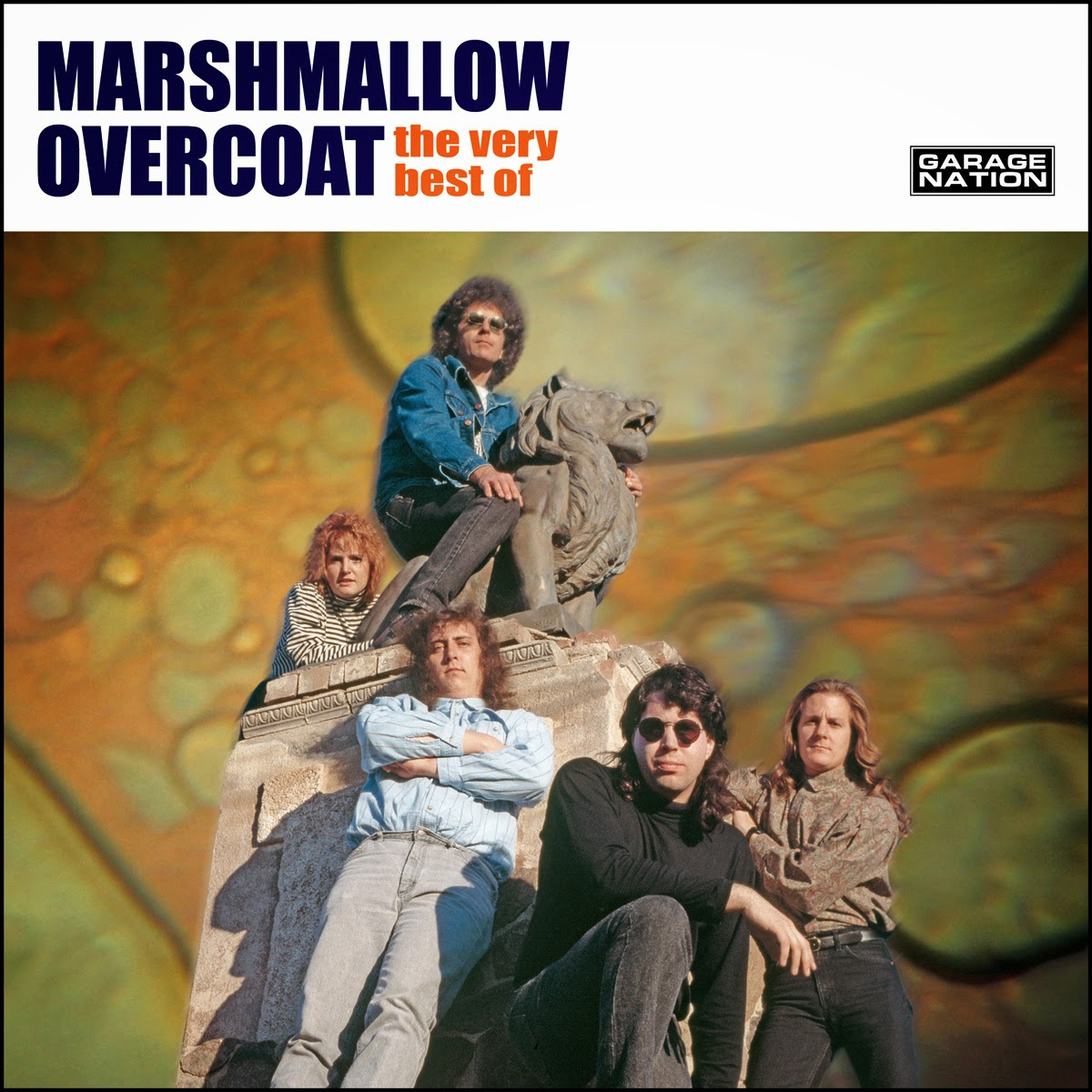 To mark the conclusion of a mammoth nine album reissue program (all available here), Tucson, Arizona's Marshmallow Overcoat have hit us with this extremely generous 28 track best of, available on both vinyl and digital formats (but more on that later).

Between 1986 and 2011 Timothy Gassen and friends amassed an impressive catalogue of fuzzy garage psych, which this collection does a pretty great job of drawing the highlights from. Gassen is a scholar of the eighties garage psych revival (not to mention the original sixties stuff), with several books to his name on the subject. Bomp Records legend Greg Shaw even dubbed him "The Guru of Garage", and this from a man who knows a thing or two himself.

Bearing this in mind, you'd assume that the work of the Overcoat would perhaps be a little too reverential to its sources of inspiration, but Gassen and co never take a scholarly approach to their material. There's certainly never any doubt that sixties garage psych tugs at their collective heart, but it's also apparent exactly when these tracks were recorded.

Presented chronologically, "Groovy Little Trip" and "Psilocybin Explosion" show a young band at the punkiest end of the garage-psych spectrum, but it's directly after this that things get really interesting; "Suddenly Sunday"displays more of a subtle touch and is the first indication that Gassen had the songwriting chops to match his enthusiasm. This and the majority of tracks that follow from the late eighties and early nineties integrate more of a contemporary jangle element that reminds this listener favorably of the Chills and the Go Betweens, but with lashings of fuzz guitar and psych organ applied liberally.

Other highlights include "The Mummy" which is a creepy little number that evokes The Birthday Party with a Universal monsters fixation, while "The Spell I'm Under" shows that they're just as strong when they tone things back and builds the sort of atmosphere that the Doors used to tap into on some of their quieter, more introspective pieces. And while we're talking variety special mention should also go the tastefully applied harpsichord and string arrangements on "Our Love (Will Survive)", and the closing mellotron swansong of "The Beyond" which provides a fitting finale.

Vinyl with free digital download or digital only version both available here: