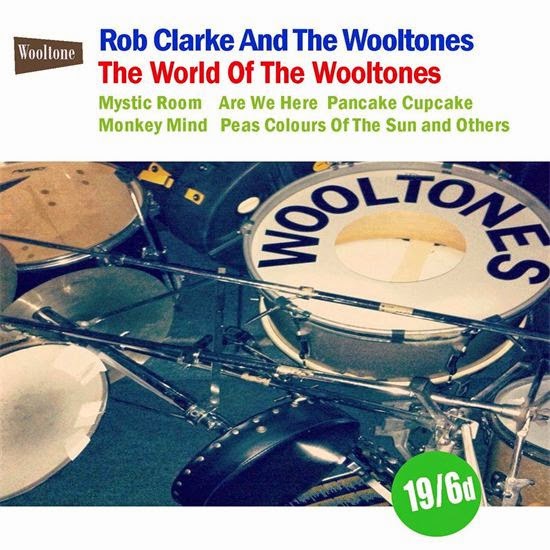 Liverpudlian Rob Clarke and his Wooltones caught my ear a few months back when they sent me through "Peas" to feature on the sampler.

Whereas most of the current Liverpool based artists that I've been connecting with have a very solid connection to their Beatles / Las / The Coral heritage (good thing too), Clarke and co. inject a whole bunch of mod inflections and Bo Diddley into proceedings as well.

Although they're obviously scholars of U.K sixties mod/psych and influences are worn openly on sleeve, they never fall into the trap of slavish impersonation that a number of their peers fall into - "Peas" is obviously a storming Who meets Diddley stomper, but there's plenty of Clarke's own invention on hand, not least of all a surprising instrumental, almost prog style bridge.

Soundwise as well this avoids obvious pitfalls that others less wise would succumb to. Although reaching back to the sixties for inspiration there's never any indication of the Wooltones trying to capture a vintage sound strictly for the sake of authenticity. Neither is there that overclean studio sheen that mars too many independent releases with similar influences.

There's plenty of fun to be had - "Mystic Room" is a rhytmic powerhouse while "Monkey Man" can happily join the pantheon of classic goodtime animal songs ("Apeman" etc.), but Clarke and friends are at their best when things take a jangly, minor key turn; "End of the End" is classic, subtle jangle, like a pastoral, unmistakeably English Gene Clark with sighing backing vocals and impeccable twelve string, while "Colours of the Sun" has the steady building anthemic nature of Paul Weller's mid nineties masterworks.

Bet these guys are great live too.