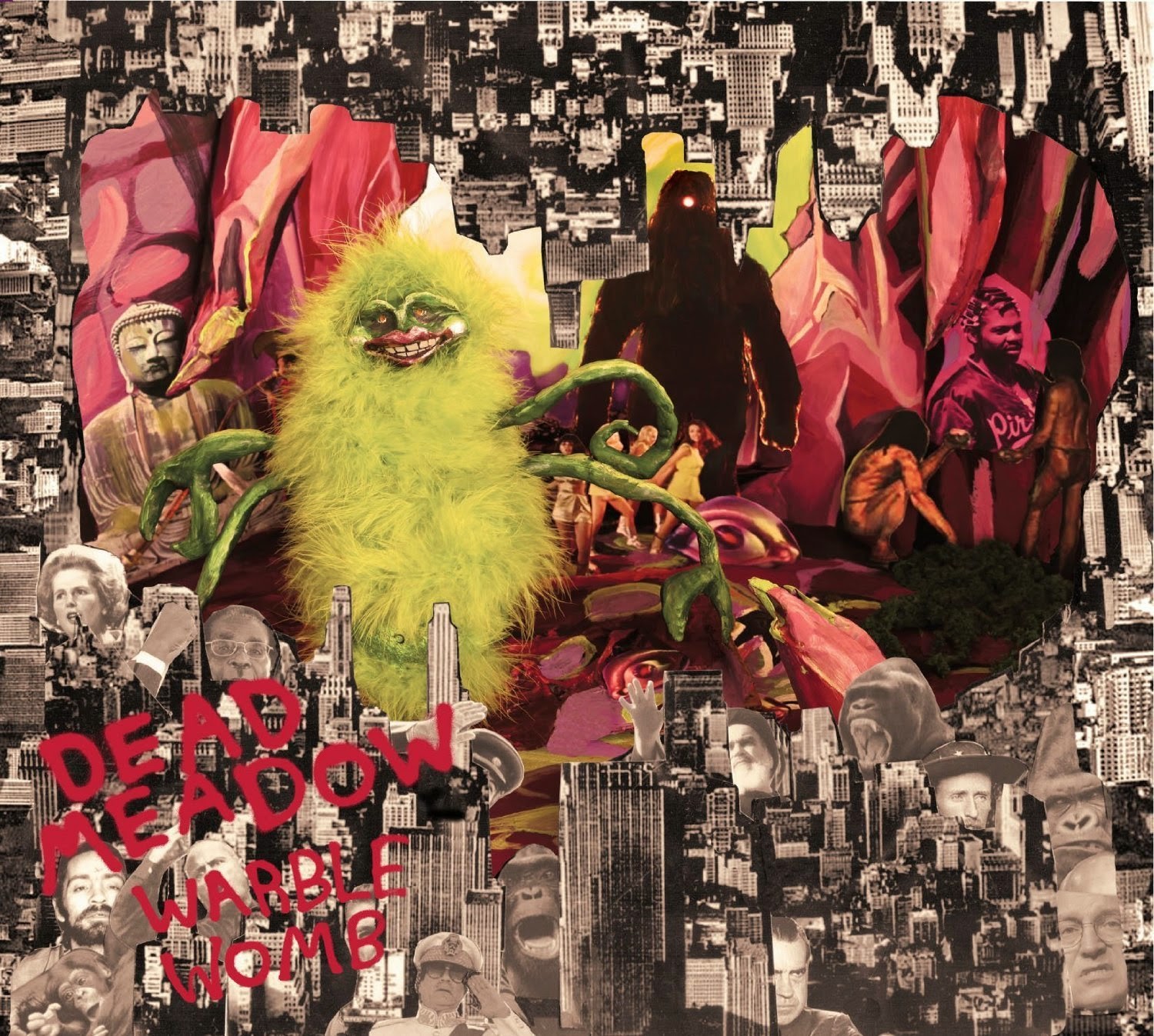 To be sure, this is not the old Dead Meadow. Though original drummer Mark Laughlin has returned to the fold, it isn’t a signal that there’s been a return to their original sound for the band. The songs aren’t quite as heavy, as spacey, as intoxicated sounding as past albums. There’s something almost country about it, a twang in place of some of the heaviness—but it’s a great rolling desert of country. The vast expanse of space that stretches out under the sky, rolling out towards California and the Pacific Ocean.

The sound here also owes more to the 60’s as well than perhaps could be heard previously. None of these are negative points, however. Every band grows and changes throughout their careers. Some for the better, some for the worse. Some, like Dead Meadow, seem to drift along their way. The way Dead Meadow sounds here isn’t exactly something you couldn’t foresee if you’ve listened to their older material and it seems more a natural evolution than a deliberate attempt to appeal to a broader audience. Not that this is the definition of mainstream, though it does stray more towards accessible than pervious material generally did. Take album opener “Six to Let the Light Shine Thru,” for instance. It has that vast desert country rolling by sound, punctuated by some excellent drumming from Laughlin, along with a bit of a dirtier 60’s groove, topped off with a healthy dose of fuzz—all while maintaining a decidedly melodic tone. It shimmers and shines, but it also knows where it’s headed.

The handful of songs that follow—the coolly mellow “1000 Dreams,” “Yesterday’s Blowin’ Back” and “One More Toll Taker” with acoustic making a notable appearance among them—make up the relatively tamer first half of the album. Tamer, yet still suffused with that glowing, almost pulsating sound they’ve always had.

Then, somewhere around mid-album, something else happens. It starts with “Rains in the Desert” and the song’s resonant bass line, the way the effects on the vocals makes them seem to flash in and out, the fuzzier, heavier guitar sound that remind you that Dead Meadow do still know how to write songs that wander somewhere else, songs that can take you there with them. This becomes even clearer with the second to last song, “This Song Is Over.” Here, on what is my favorite from this album, they take a step away and to the side of the more accessible sound heard on the earlier portion of the album. The quieter vocals, driving, distorted guitars and Laughlin’s again excellent drumming guide over nine minutes of shimmering, haziness to its slowly unfolding conclusion.

This is what Dead Meadow are best at, these songs that are suspended somewhere between soaring through clouds and crawling through earth. If you go back and listen to the first half of the album after hearing these later songs, you can hear just how the one leads to the other and understand how and why their sound has evolved into what it is. Listening to it “in reverse,” you can also pick out better the more subtle ways their evolution has affected the songs they’re making. The sound of the space in which the music was created is here—it’s connected to the physical despite any psychedelic ephemerality, in a good way—and hasn’t been lost to an overly clean production. The life hasn’t been engineered out, either by the more harmonious songwriting or by any recording choices the band have made. Going to the end and then back through the beginning also makes me excited to hear where they go next, which strange road they’ll follow through the huge, open desert and where that will take them.