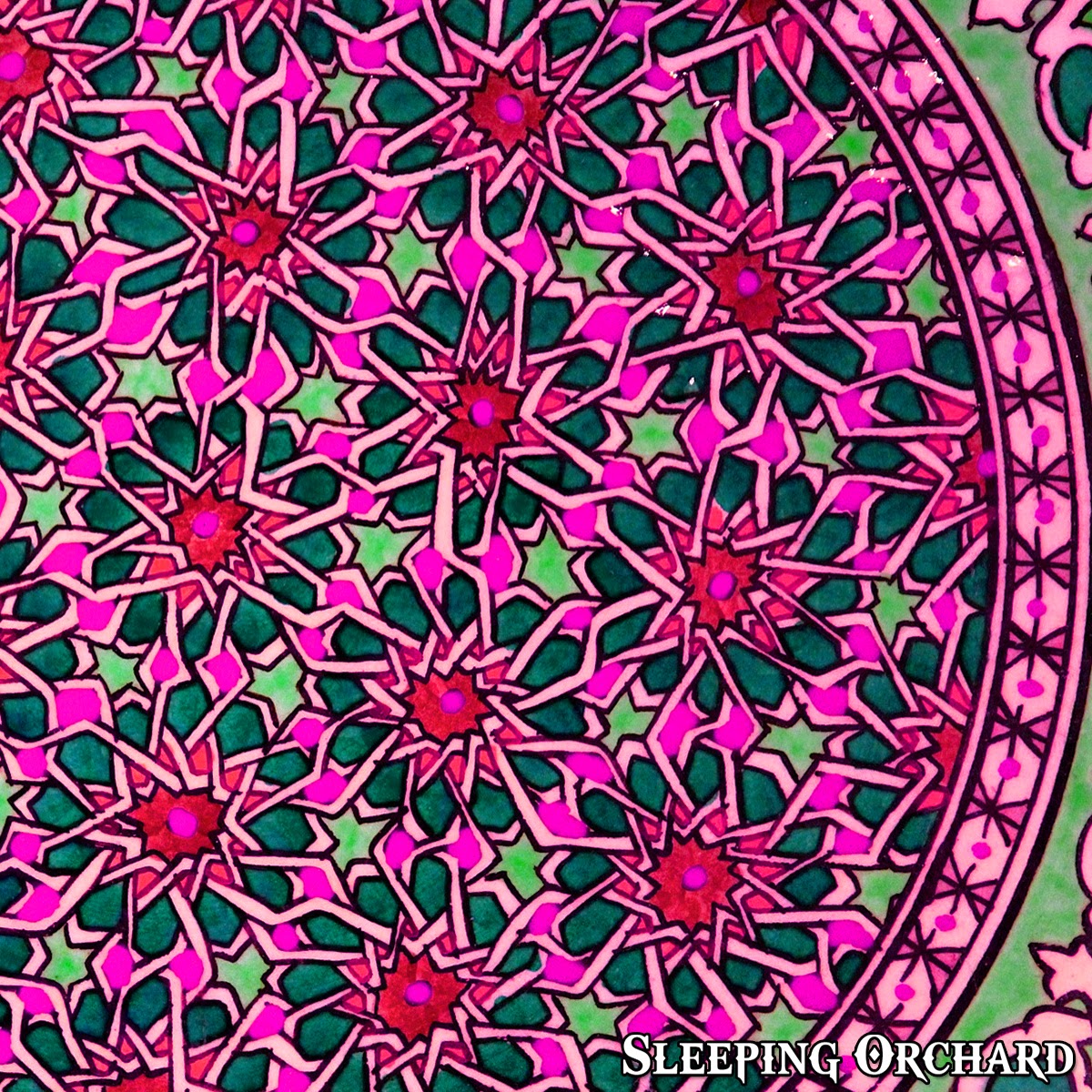 This second E.P in less than six months from Canadian trio Sleeping Orchard is a nice little piece of rootsy psychedelia that combines vintage San Francisco-style guitar work (including plenty of tasteful instrumental breaks) with a hippyish, organic vibe that's quite different to the production-heavy psychedelia that dominates the current scene.

Best of an intriguing bunch is "I Hope I'm Going Somewhere" (which the band were perceptive enough to recommend if I only had the chance to listen to one track), which features some fabulous, sinuous lead guitar work that sounds like someone force-fed Tinariwen a bunch of weed, as well as a great, insistent keyboard refrain which has a distinctly Doorsy vibe. And there's some very tasty fuzz guitar buried low in the mix there that reaches out lovingly without ever getting too heavy and dominating.

Closer "Map of the World" deserves special mention too - a lovely, mellow, round the campfire singalong with dexterous Garcia-esque guitar leads flowing easily between the vocal lines, until its candle is snuffed well before time by an early and rapid fadeout.

Promising stuff, and I get the impression that lessons have probably been learned making this E.P that will ensure that the next one is even better.