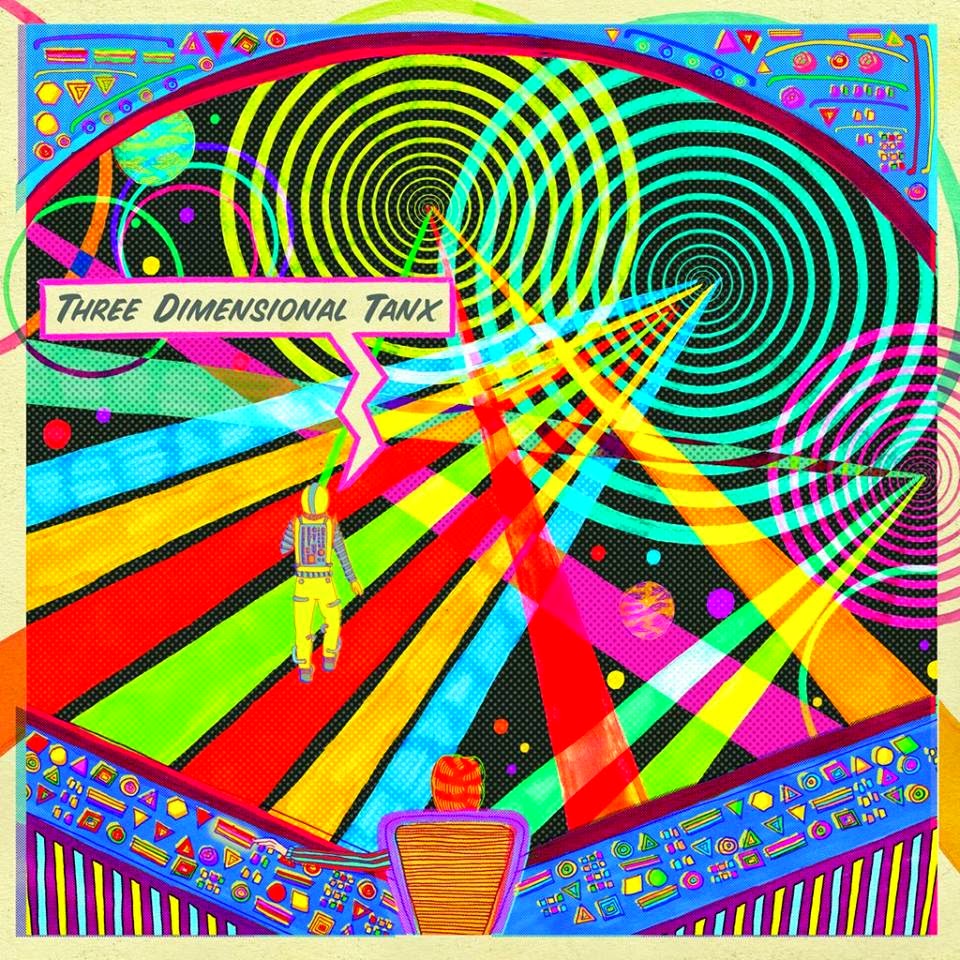 Hailing from Lancaster, UK, the fabulous Three Dimensional Tanx are back with their first proper release since 2011’s "Archive". Long revered for their incendiary live performances, Three Dimentional Tanx have a sound that is the essence of garage psychedelia, a heady mixture of freak out and manic energy delivered via a kick ass rhythm section, lysergic wah wah guitars, krautrock synths/ 60s organ and a lead singer who may very well have lost his mind. If you need comparisons, try early Who or Sonics dropping cheap speedy acid with the Television Personalities. No, on second thought, that doesn’t even come close. These guys are great.

Boasting a new five-piece lineup, the Tanx waste no time leaving the launch pad as opening number "I Am Go" explodes in a vintage Philacorda keyboard fury. The Tanx drop back a pace for "Caterpillar", a confident vintage groove piece. The cleverly titled "Loose Id Syd" follows, and you start to get a feel for one of the strengths of this band. They completely get the concept of pacing.

"Here Come the Flies" is a menacing, pacing rocker that John Lydon wishes he wrote. "Canned Beat" would have fit well on the Feelies "Crazy Rhythms", and "King of the Country" starts building the energy for which the Tanx are famous. "Backwards Telescope" has the listener yo-yoing through a sonic black hole, and "Clark’s Momentum" is a synth and drum-machine fun house that slowly builds in intensity, but never once loses its groove.

The final song, "Canned Beat (Reprise)" is vintage Three Dimensional Tanx. Beginning with front man Spacey Tanx performing a Zombie-like hymn, then unleashing the full band in blitzkrieg mode to finish the song and put an exclamation point on one hell of a record.

From the beginning, Three Dimensional Tanx were born and bred to play live, and to absolutely knock the bottom out of any stage they take. There are a lot of bands that record absolutely amazing records but are as boring as piss live. There are still others who are brilliant live but who can’t quite capture their live intensity on record. Three Dimensional Tanx are a band that has mastered the most difficult form of musical cross-training – being able to light your hair on fire by performing live or via your home stereo speakers. 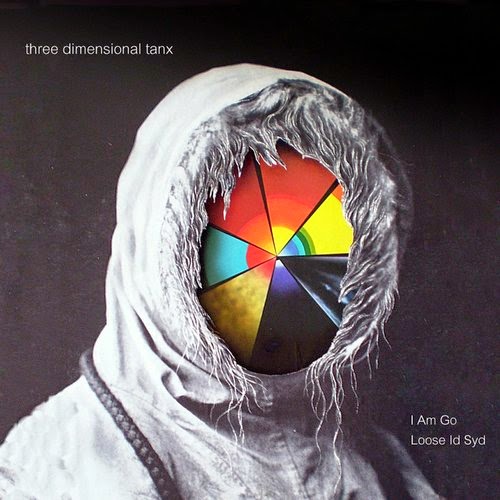 These guys have a great reputation all over the UK, and I’m hoping that this new record gets them the international attention (hello Austin Psych Fest ) that they truly deserve.

Available here on CD or digitally.

Editor's note: We'd also like to make it known that Sunstone Records have a limited edition 7" of "I Am Go" and "Loose Id Syd" for those of you who prefer the vinyl side of things.
You can order that directly from Sunstone Records.