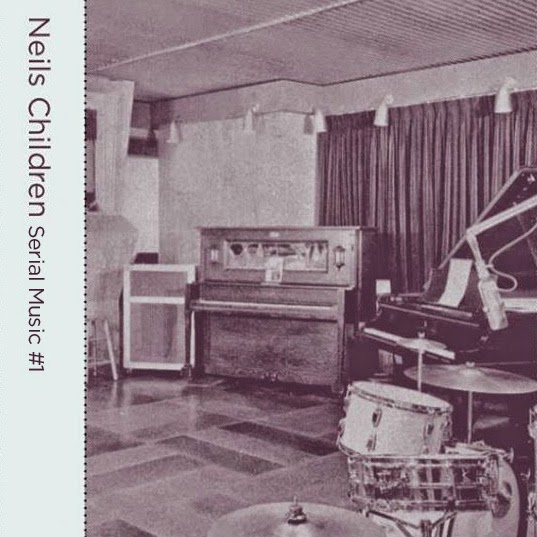 The press release that accompanies this extremely limited edition cassette release is quick to establish that this is not intended as a follow up to last year's excellent "Dimly Lit", but rather an accompanying work that intends to both build upon the cinematic interludes that helped make "Dimly Lit" such an interesting beast, and to showcase the band's love for library music and soundtrack music in general.

While this preliminary statement does probably need to be in place to prepare those expecting a full vocal/songs sort of album to adjust their expectations, it also does a bit of a disservice to the music found here, which is not the slight, inconsequential output that one might expect from such a project, but a fully rounded product that effortlessly taps into the same vein of vintage psychedelia and space pop as "Dimly Lit" did so effectively. And while their was a noticeable step up in terms of songwriting quality  on "Dimly Lit", I'd argue that the band's recent leaps and bounds improvements in the field of vintage sonic detailing has been just as important in their progressing from just another good post-punk band in a field littered with similar entities, to the compelling, uncategorisable creature they've become. In short if you loved the sound of "Dimly Lit", you can safely buy this now, unheard.

So, while on the surface this may appear to be a bit of a stopgap type of release, it's actually a very interesting piece of work that allows the band to play to some of its key strengths. I'd liken it's place in their catalogue to works like "Obscured By Clouds", "The Virgin Suicides" or "Berberian Sound Studio", and it's no accident that they're all soundtracks.

There's plenty of jazzy vibes, fuzzy guitars and funky breaks here, but it's the moodiest pieces that are particularly well observed; "Theme 2 (Variation 1)" is a lovely giallosque fragment with a fabulous shuffle while "Theme 2 (Variation 2)" features a discordantly squealing guitar adrift among a sea of gorgeously pulsing backwards tapes - and for those glancing at the tracklisting who are concerned that variations of the same two themes may get tired pretty quickly, I can assure you that names aside, no two tracks sound even remotely alike.

Limited edition cassette can be pre-ordered until April 28 when it will go promptly out of print. Digital album available now, both from the Bandcamp link below: