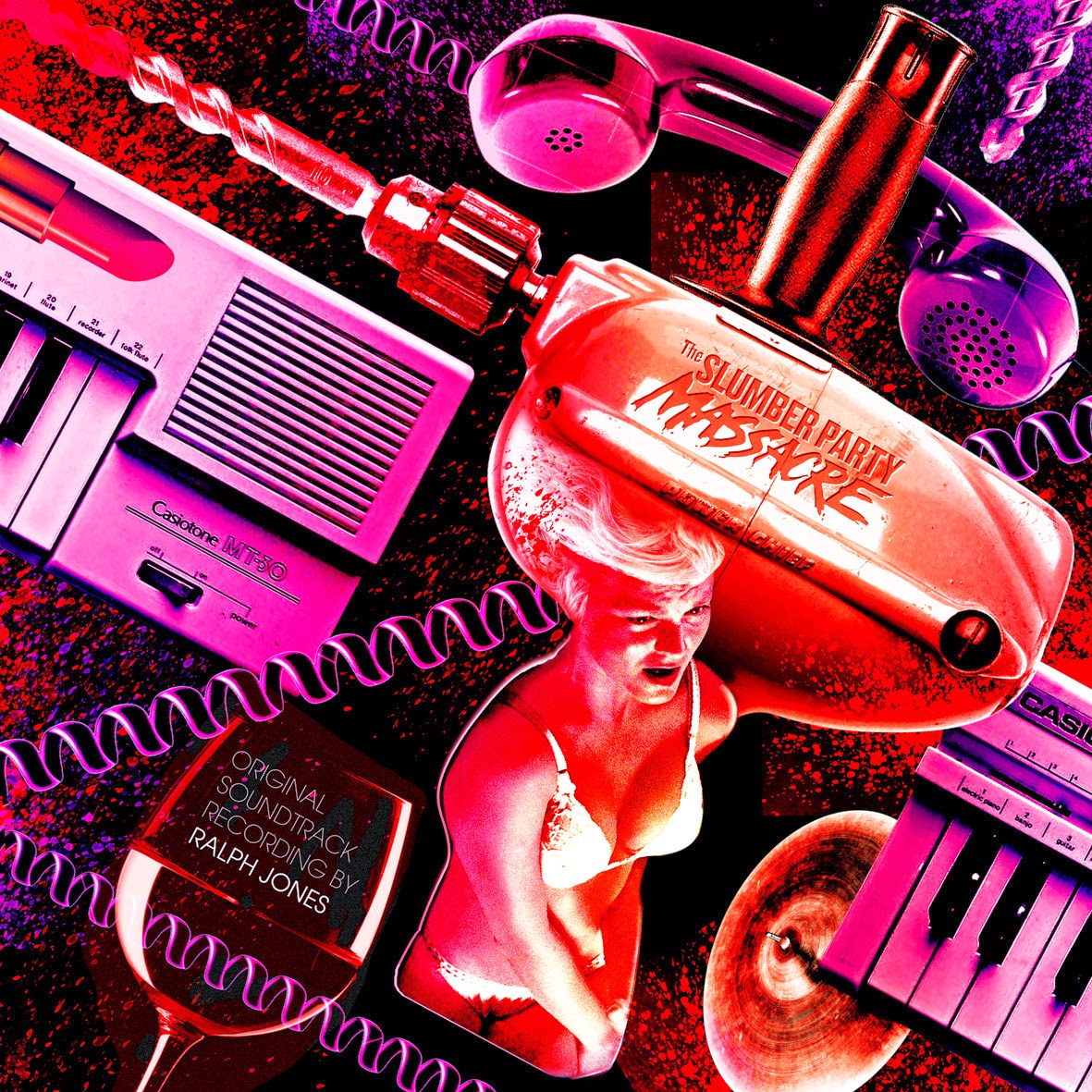 The Death Waltz Recording Company are back with another gem from just after the golden era of slasher cinema, 1982's "Slumber Party Massacre".

Roundly dismissed on release, the film is now seen as a uniquely feminist take on the slasher genre, and Ralph Jones' alternately menacing and playful synthesizer score does a fabulous job of building atmosphere and elevating the film from a good slasher, to a pretty great one.

The influence of John Carpenter's "Halloween" score is evident often (one key recurring theme is particularly "Shape" like), but given the low budget nature of the film and the exploitative nature of the genre itself, it seems likely that Jones' brief requested a score that would evoke its more famous forefather. And in all honesty, "Slumber Party Massacre" has dated far better than the majority of the "Halloween" scores that were being churned out when John Carpenter handed the reins over to Alan Howarth.

Jones injects plenty of melody into these set pieces to ensure that they not only effortlessly create a sense of dread and unease whilst accompanying the film, but also that they have plenty going on to keep the listener engaged when played purely as a soundtrack.

There's plenty of synthesizer textures to keep eighties horror hounds happy, but Jones also shows a fondness for grandiloquent organ flourishes that alternate between funereal church organ and full on mad scientist Bach toccata-isms. Add plenty of disturbing sounding Sci-Fi synthesizer pulses, and you've got an unsung gem of a soundtrack that arguably functions better without onscreen accompaniment, where it can evoke its own story.