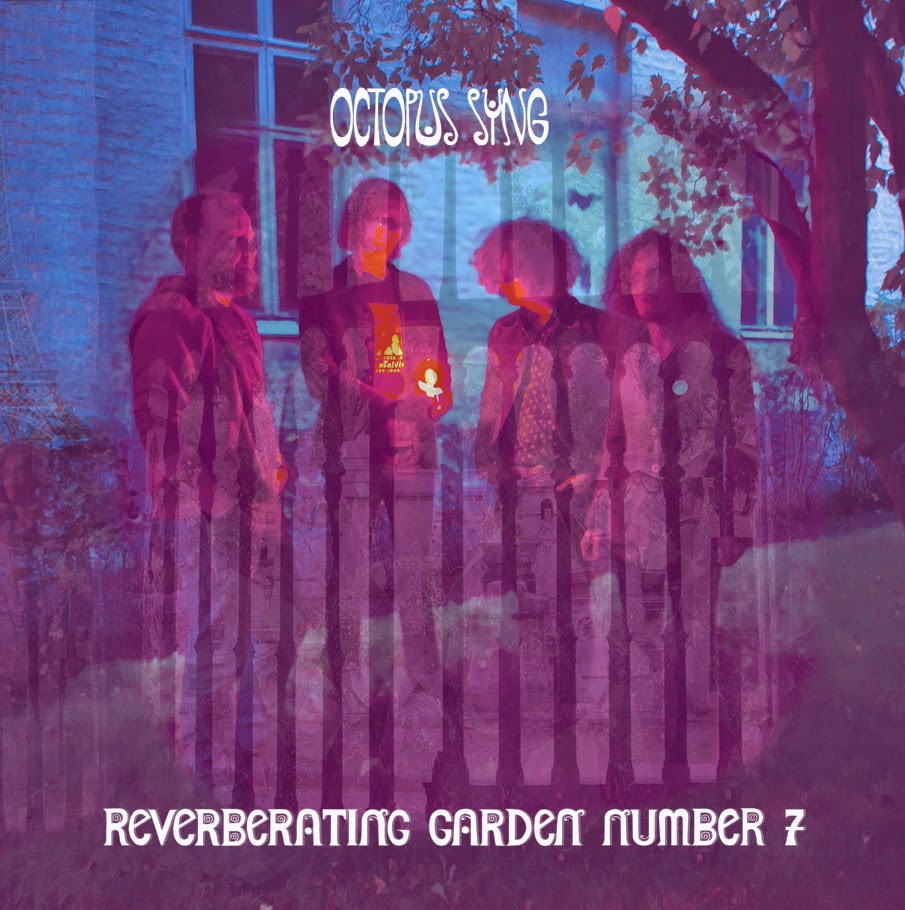 Despite their having been around in one form or another since 1999, "Reverberating Garden Number 7" is my first real dalliance with Octopus Syng (aside from the occasional Fruits de Mer tidbit), and it makes me wonder why I've taken this long to get on board their long, weird trip.

This Finnish band, based around the talents of Jaire Pätäri, have been working on this particular long player since 2007, and the amount of time taken hasn't in any way smothered the spontaneity of this addictive long player.

On the evidence of "Reverberating Garden Number 7" I'd have to say that Octopus Syng are one of only a very few bands that have really learned the lessons that Syd Barrett had to teach. Certainly there are more bands out there than you can shake a joss stick at that show open worship for Syd (and quite rightly so), but Pätäri and co. show here that they have a firm understanding of the extremely fine balance between the experimental and the memorable pop moments that plenty of Syd disciples have managed to evoke separately, but very rarely together.

"Reverberating Garden Number 7" walks that fine tightrope between sanity and the beyond in a way few bands have managed since "Piper at the Gates of Dawn", and their can be no higher compliment.
I should point out very quickly too, that while "Piper" is really the only precedent that I can point to here, Octopus Syng are much, much more than an impressive imitator.

Filtering their love of vintage English psychedelia through a weird, occasionally sinister haze that seems very alien to those of us more accustomed to taking their U.K style psych pop in lysergic cup of tea form, Octopus Syng are at first quite a disorientating proposition - all cavernous, underwater explorations with unpredictable bursts of spidery guitar breaks. Several listens in however, the unfailingly melodic songs that offer a home to these bouts of spookiness begin to dominate, and before too long the tightrope is pulled taut and it becomes hard to imagine one functioning without the other.

It's very much an album that works best as a whole, but that doesn't mean that there aren't individual highlights. "You Are Every Poem" is a gorgeous psychedelic ballad, "Thought Collector" and "It's Not a Coincidence" are twisted, propulsive psych-rockers and I still have to keep checking which vintage horror soundtrack is playing whenever "Reflections of Time" pops up on random on my iPod.

Beautiful, alien, reverential, irreverent, contradictory on so many levels, but brilliantly so.

I shall be ordering a copy of this on vinyl as soon as possible and wearing a groove in it almost as quickly I imagine.