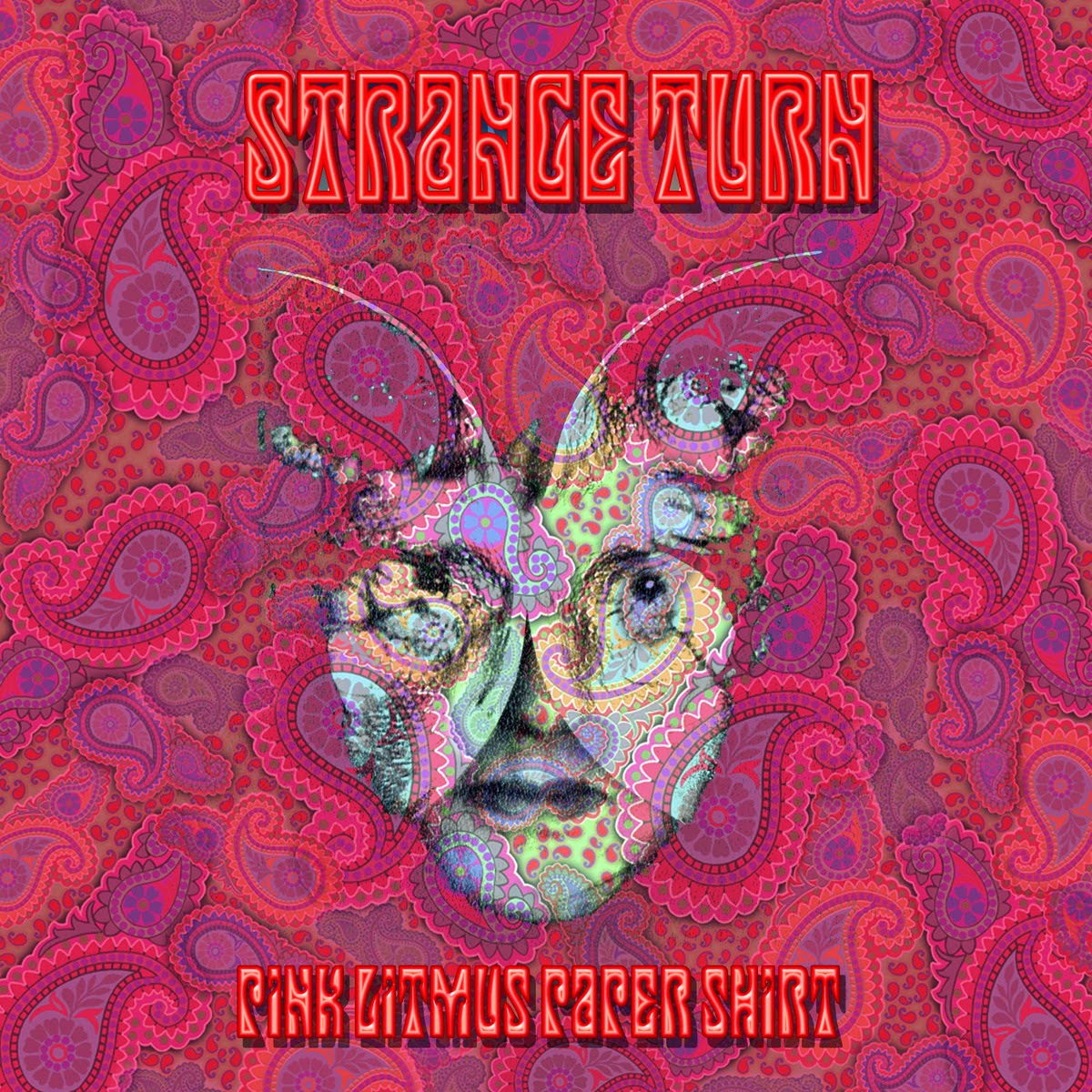 There's very little factual information that I can furnish you with for this release as the members of Strange Turn (if indeed there are more than one of them) have up until now retained an air of mystery, so this review for their debut 7" is liable to take a more impressionistic turn.

An extremely limited edition of only 100 copies from the steadily expanding Mega Dodo label, "Pink Litmus Paper Shirt" sounds very much like the sort of thing one would expect to find in the next batch of Fruits de Mer label releases (not surprising, as Mega Dodo and Fruits de Mer do share artists around), with an extensive U.K psych influence (which the band admit, with the "Rubble" collections mentioned in their teeny press release).

The self composed a-side is a big, shiny pop-psych anthem which evolves from a concise, whimsical piece of pop-psych into a massive "I am The Walrus" style kaleidoscopic slow fade, with some particularly nice lyrical lead guitar work with a crisp, heavily chorused tone that David Gilmour would approve of.

The flipside accentuates the Beatles influence even more by featuring a cover of Gene Clark's most Beatlesque solo track "Elevator Operator" (the original of which has a middling reputation, but is much loved by this writer).

It'll be interesting to see what's up next for Strange Turn - for all I know this could be a one off side project from a more established band, but on the evidence of these two sides further output is to be encouraged.

You can still buy this instant collector's item right here. Streaming of both tracks is also enabled: