The Fresh & Onlys "House of Spirits" 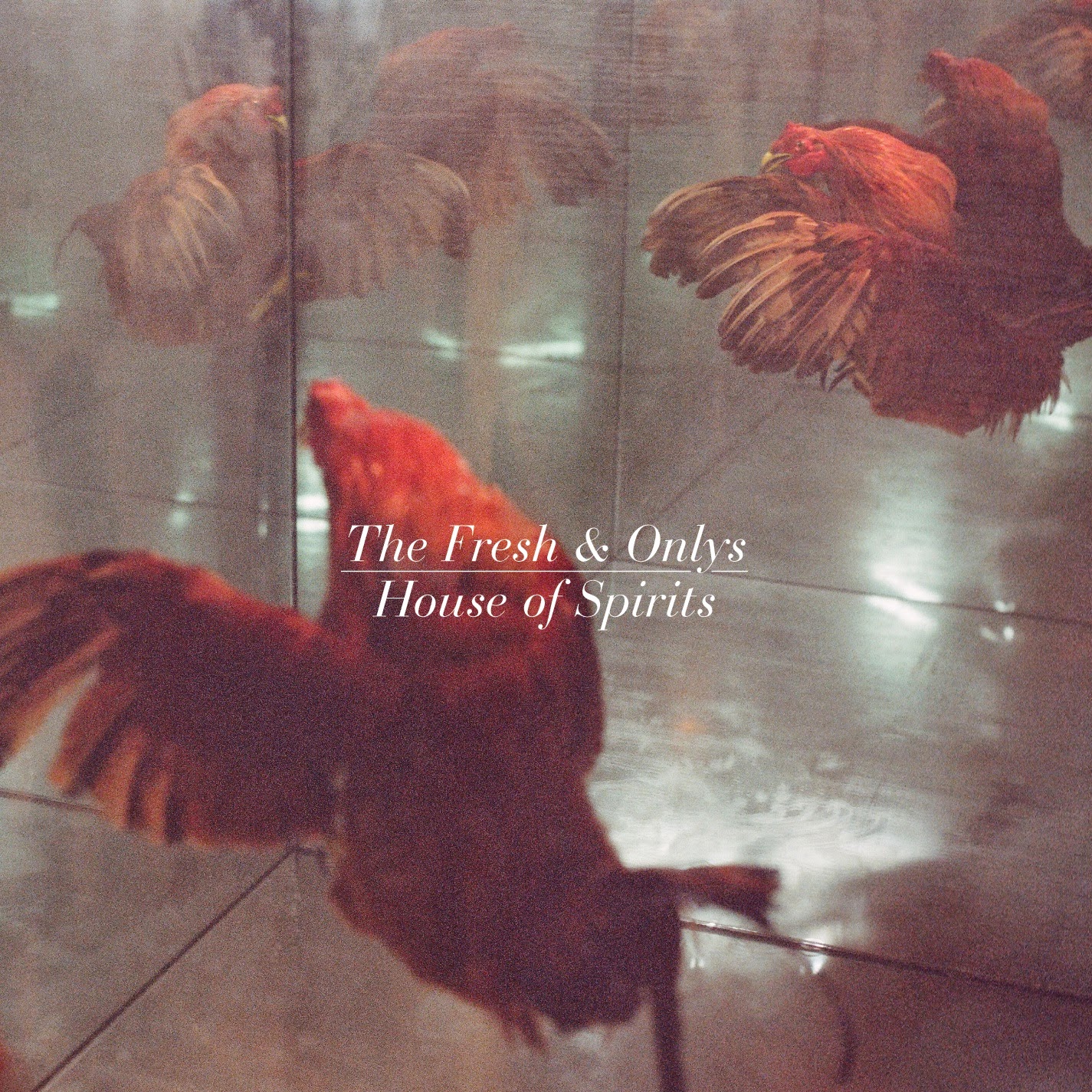 The Fresh & Onlys are a San Fransisco band, rooted equally in Buffalo Springfield and Big Brother & The Holding Company, as well as the fuzz scuzz garage pop of the 2000s; the many, myriad John Dwyer projects and Ty Segall, for instance. While many San Francisco musicians confine themselves to reliving that hilly city's heyday, forever remaining in a static 1967, The Fresh & Onlys are expanding, looking outward, browsing through time.

To receive the essence of "House Of Spirits", frontman Tim Cohen actually had to leave that misty city on a hill, to relocate to an isolated horse ranch in Arizona, cheap synths, drum machines and a battered guitar in tow. It was in this spacious desolation the skeletons were created, and "House Of Spirits" is a dreamtime half-life simulacra, in this house, in the middle of nowhere. In this house, there's a cauldron of hearts on the stove, and someone is always watching.

I was mainly familiar with The Fresh & Onlys as a reverbed garage pop outfit, and as retroactive psychedelic warriors, via Tim Cohen's Magic Tricks solo project, so to say seeing "House Of Spirits" compared to The Cure's enigmatic "Faith" in the press was surprising is an understatement. Further reading yielded references as diverse as Ennio Morricone, The Smiths, The Shins, and Einsturzende Neubauten. I was intrigued.

"House Of Spirits" starts off with the desert vibes conceived at the horse ranch, and then drags them back to San Fran, to adorn and twine them with haze and sculpted fog. This embellishment strikes right at the heart of who The Fresh & Onlys are, and what makes them so special.

Like I mentioned, a lot of psychedelic musicians are stuck in 1967. Rather than trying to create authentic anachronisms, TF&O are more inspired by five decades of close lysergic listening. There's plenty of guitar rave-ups and country waltzes, that sound right at home with the school of '67, but you can also hear traces of Steely Dan's studio sheen, like on the track "April Fools". Clean, ringing guitar arpeggios recall artful psychedelic post-punk, like The Cure, or the underappreciated Felt.

Rather than trying to slot into some neat category or niche, The Fresh & Onlys draw upon decades of lysergic listening to create something personal, something unique . To create an environment, a world of their own, using whatever tools are at their disposal. And if you were to view the original psychedelic school as painting in a pallet of avocado and day-glo, House Of Spirits is drawn in lavender and spring green and penwashed greys; like a Japanese ink drawing of a city clinging to the edge of a cliff.

With exquisite taste and songwriting instincts, House Of Spirits addresses the weaknesses of some of the genres they draw upon. It's more passionate and exciting than a lot of post-punk. It's rootsier and more personal than shoegaze. It's more forward thinking than a lot of psych rock, bringing in some of the tools of the '80s. The Fresh & Onlys, with "House Of Spirits", have created a slab of Nuggets psych rock for the blankgaze generation. It's The Byrds, adorned with triangles and inverted crosses. It's a ghost-train through an empty house, thick with dust, the air thick with voices. It's the desert, swaddled in mist and vines. It's the past, brought into the present, giving way to the future.

The future looks bright for The Fresh & Onlys, and for lo-fi scuzz garage pop. Not choking down the ashes of the past. Not being crushed under the stones of weighty influence. Instead, a living organism; a house, a world unto itself. "House Of Spirits" is a haunted dwelling you could lose yourself in for days, weeks, months. A proper record artifact - gatefold sleeve as gateway portal. The Fresh & Onlys haven't released a bad one yet, and if you haven't been paying attention, you really should.

"House Of Spirits" is available here on vinyl, CD, and digital formats.