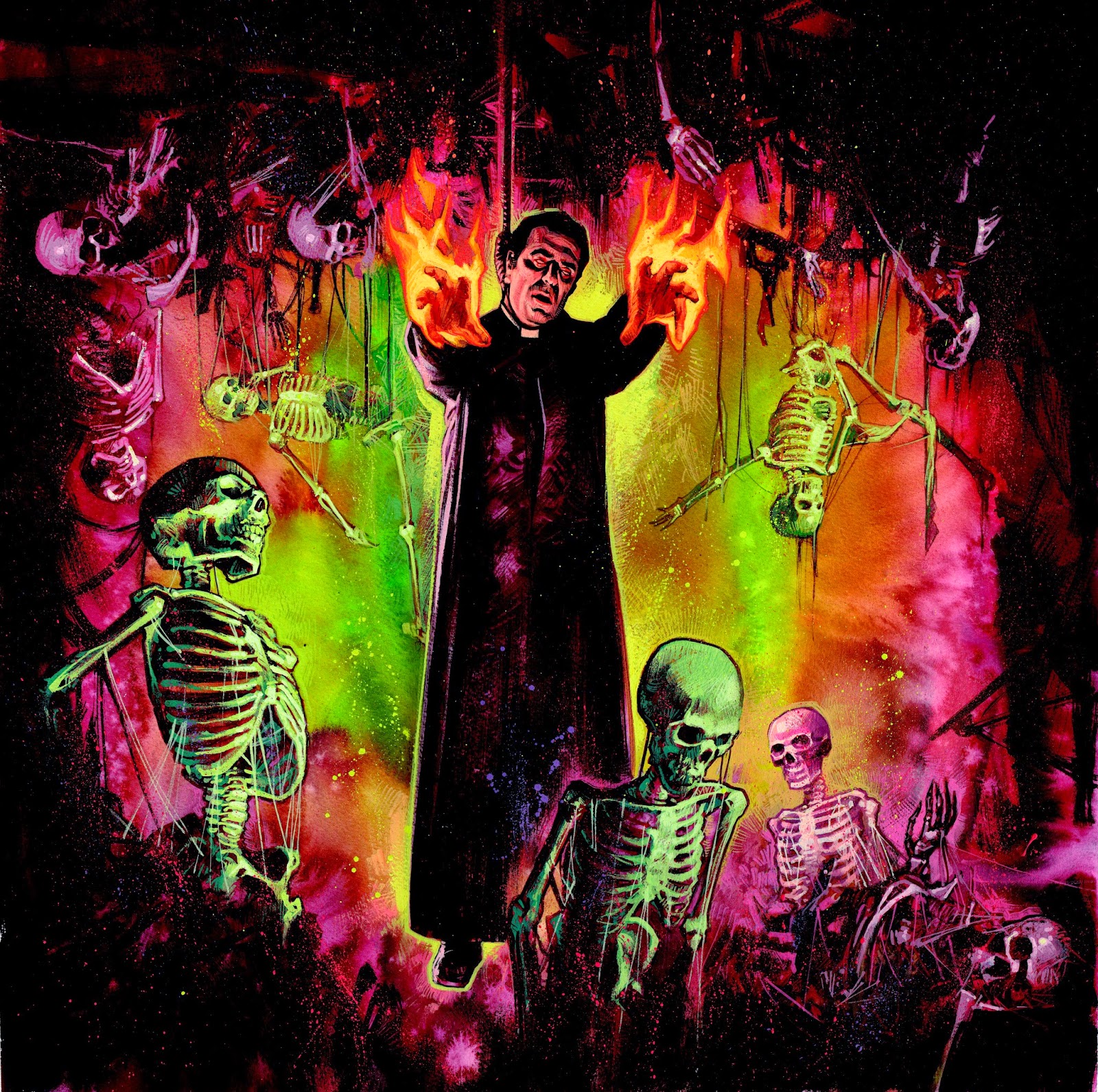 First up is Death Waltz's marvelously garish reissue of probably the most accessible of Fabio Frizzi's three scores from Lucio Fulci's "Gates of Hell Trilogy". "City of the Living Dead" has all of the normal hallmarks of a classic Frizzi score -  great synth / bass / drums interplay and discordant synthy dread juxtaposed against gorgeous, melodic piano melodies - but what really sets it apart from Frizzi's other great scores is the fantastic use of electric guitar. Filtered through a talkbox effect that will have David Gilmour fanciers reaching for their wallets, the guitar parts on here mirror the anguished cries of the recently resurrected, and are arguably creepier than anything the director cooked up onscreen.

For me it's a toss up between this and "The Beyond" for Frizzi's best (and Fulci's for that matter), and I'd hate to have to choose between them. You need this. The eclectic cratediggers at Finders Keepers have graced us with some very fine vinyl Bruno Nicolai reissues of late (this, this and this for instance), but cream of the crop is the fabulous score for Sergio Martino's masterpiece "All the Colors of the Dark" - a score as multifaceted and complex as the film itself (which as those who have seen the film will attest, is no mean feat).

Nicolai pulled out all the stops on this one, and deftly balances the psychedelic freakouts necessary to accompany the onscreen mayhem with some of the most exquisite melodies in his considerable catalogue.  The woodwind theme on "Magico Incontro" is particularly memorable, with a sense of melancholy underpinned by a slight unease that helps heighten the film's sense of claustrophobia.  Elsewhere, "Sabba" (recently covered here to great effect, by Orgasmo Sonore) is a terrifying prog-funker with a killer riff and a cacophonous vocal chorus that sounds like the sort of thing that Graham Bond was aiming for during his occult period on Vertigo. And did I mention the nuts sitar workouts? All of which makes this pretty damn essential too.

Order "All The Colours Of The Dark" here.