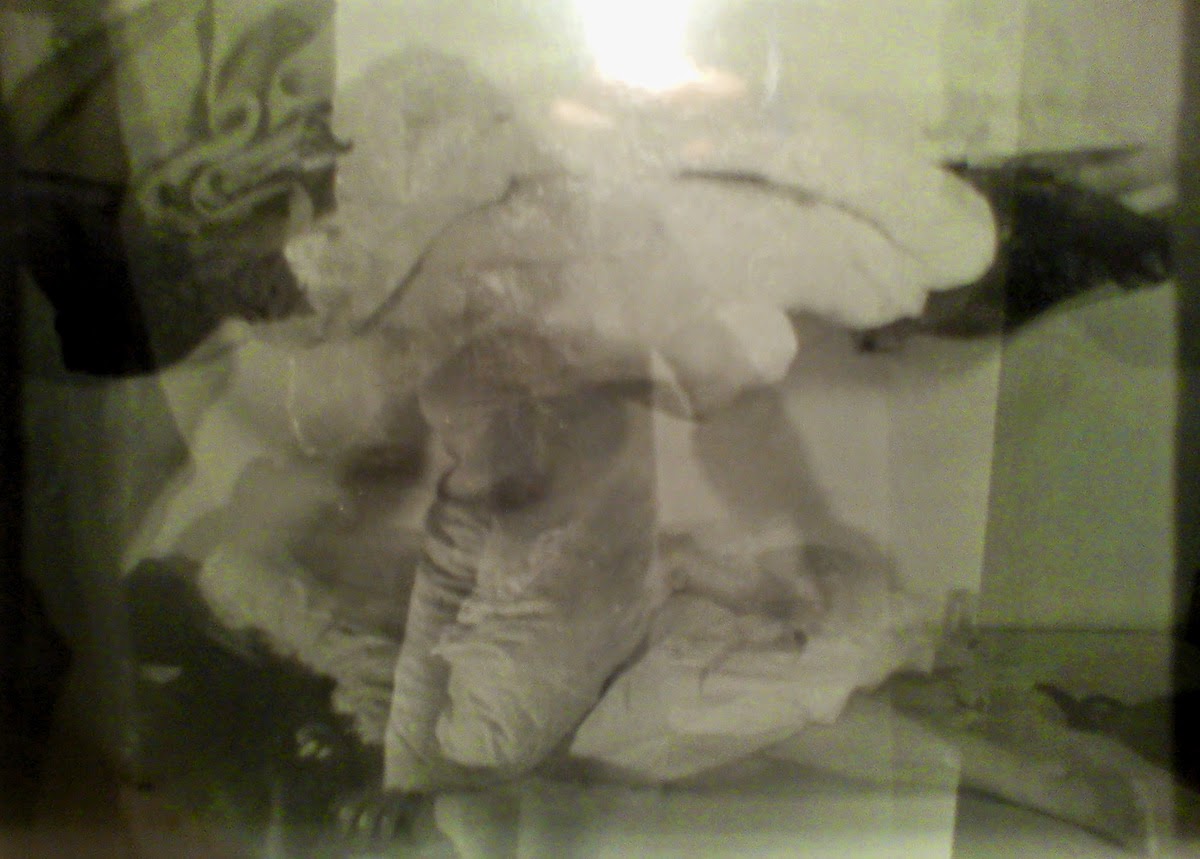 Áine O’Dwyer is perhaps best known for her work with wyrd chamber folk act United Bible Studies, acid folk legend Mark Fry, Piano Magic and as a musician in demand on countless albums by luminaries such as Richard Moult and Michael Tanner (both Tanner and O’Dwyer record as Cloisters). Áine’s spectral and sometimes stormy harp playing has added texture and colour to many an album that could be found in an Active Listener reader’s record collection. Yet she is also an established solo artist in her own right; last years "Anything Bright or Startling" was a revelation. Now the limited accompanying album, "Safely Adrift", that was available with limited copies of "Anything.." has been given a release in its own right and it proves to be equally, if perhaps differently, majestic. And as 'Anything.." has not previously been reviewed here this is the perfect opportunity to reflect on both albums and the music therein.

Following Áine’s debut album "Music for Church Cleaners", 2013’s "Anything Bright or Startling" was her first release to contain vocals and is in general a much more layered and diverse recording. Indeed, it is a veritable milestone; lyrics written by Scottish painter RWM Hunt and borrowed from Art Bear’s Chris Cutler (Albion Awake) combine with Áine’s harp, piano and organ to create something truly unique and timeless. In opener "Falcon/Egress/Coiled Eyes" Áine’s harp flows like water in a stream, at once a thing of both joy and delicate melancholy. Her native Ireland can be heard in the blood of this track; the rolling, lonely hilled landscapes bleed into the music adding a deep yearning quality that is truly moving. "Hyperbolia/Boatwoman" is more troubling; discordant piano rumbles and drones pass like storm clouds over harp, xylophone and Áine’s vocals declaring the coming of something both ominous and filled with dread. This piece reminds one of Nico’s classic "Marble Index" in its use of spare but effective tonal textures to suggest mood and intent. Dwyer’s music is utterly unique yet it still feels like it fits into a rich canon of outsider music from Art Bears "Winter Songs" to Robert Wyatt’s "Rock Bottom", Meredith Monk to Richard Skelton. Driven and intense harp pedals Áine’s searching and keening vocals forward, occasionally playful and Syd Barrett-like, then at turns sombre. Again, disturbing piano bass notes break the delicacy with dark intentions. What sounds like chanter leads the song off on an ancient path, echoing the sound of gulls across crashing waves. Speaking of Art Bears, "Albion Awake" begins gently, the quiet and calm after the storm, harp glistening star like and shining. It picks up pace steadily, with chilling and choral vocals intoning "Albion Awake!/Tumble you seeders/ Owls begone!/Beaks, tear the fabric of the night to sparks". Bowed strings and accordion add tension and dread to the ever building whirlwind of nature, this is the sound of the earth trembling. "Silent O Moyle/Truant Crier" is a lament sitting on top of descending and waterfalling harp; a moonlit paean that is both intoxicating and haunting. Drones of pipe organ darken the mood as Áine’s chants and plaintive cries evoke Nico’s disturbing and dissonant "Evening of Light" to finish the album. It is an incredible piece and leaves one feeling as alive and spooked as when standing in the heart of a thunderstorm.

"Safely Adrift" accompanied "Anything.." for subscribers to the splendid Second Language label. It is only fitting that this incredible work is given a release now in its own right; for this record to have gone unnoticed by everyone else would have been a significant loss. Different in feel to its sister album "Safely Adrift" contains shorter, more varied pieces and is less of a tapestry and more of a series of vignettes. "A Truant Melody" begins the album, immediately setting a sacred and ethereal tone. Effectively an improvisation in an abandoned friary in Limerick, the pipe organ creates a sombre and atmosphere. The ghosts of the friary are present in this recording; it is ageless and affecting. "Underbuilding", an improvised piano piece, again in an empty space – this time recorded in an underground basement car park in London during the night, brings to mind some of Richard Moult’s work as notes cascade waterfall-like upon each other. Again the mood is a melancholy one, perhaps aided by the desolate circumstances of the recording. "A Calling", described as ‘music for a prayer film’ is a chanted hymnal; choral voices accompanied solely by a hand drum. This piece would not be out of place on an alternate Wicker Man soundtrack or on a classic Popol Vuh album. At once beautiful and profound yet also ancient and unsettling, this processionary piece is, to this listener’s ears, the highpoint of an already impressive record. "Shane on Flute" closes the album, a piano and vocal improvisation in a Colchester church. The echoing reverb in the empty space of the church creates a drone like contemplation as the piece builds to a crescendo of startling beauty. This is an album of deserted, abandoned and haunted places and sounds. It consequently has an air of cobwebbed sadness but it is also quietly alive and pulsing; Áine’s instinctive playing leading each piece to an ever building and heart rending finale.

"Anything Bright or Startling" is No.3 in the Second Language Library Series (available here) - a highly collectable catalogue of hardback CD albums designed to be stored in your bookcase. It is a thing of beauty and quickly has become one of this listener's favourite albums. "Safely Adrift" is available on Bandcamp (below) with plans for a potential vinyl release.
These albums come highly recommended; you will not hear anything else quite like them.