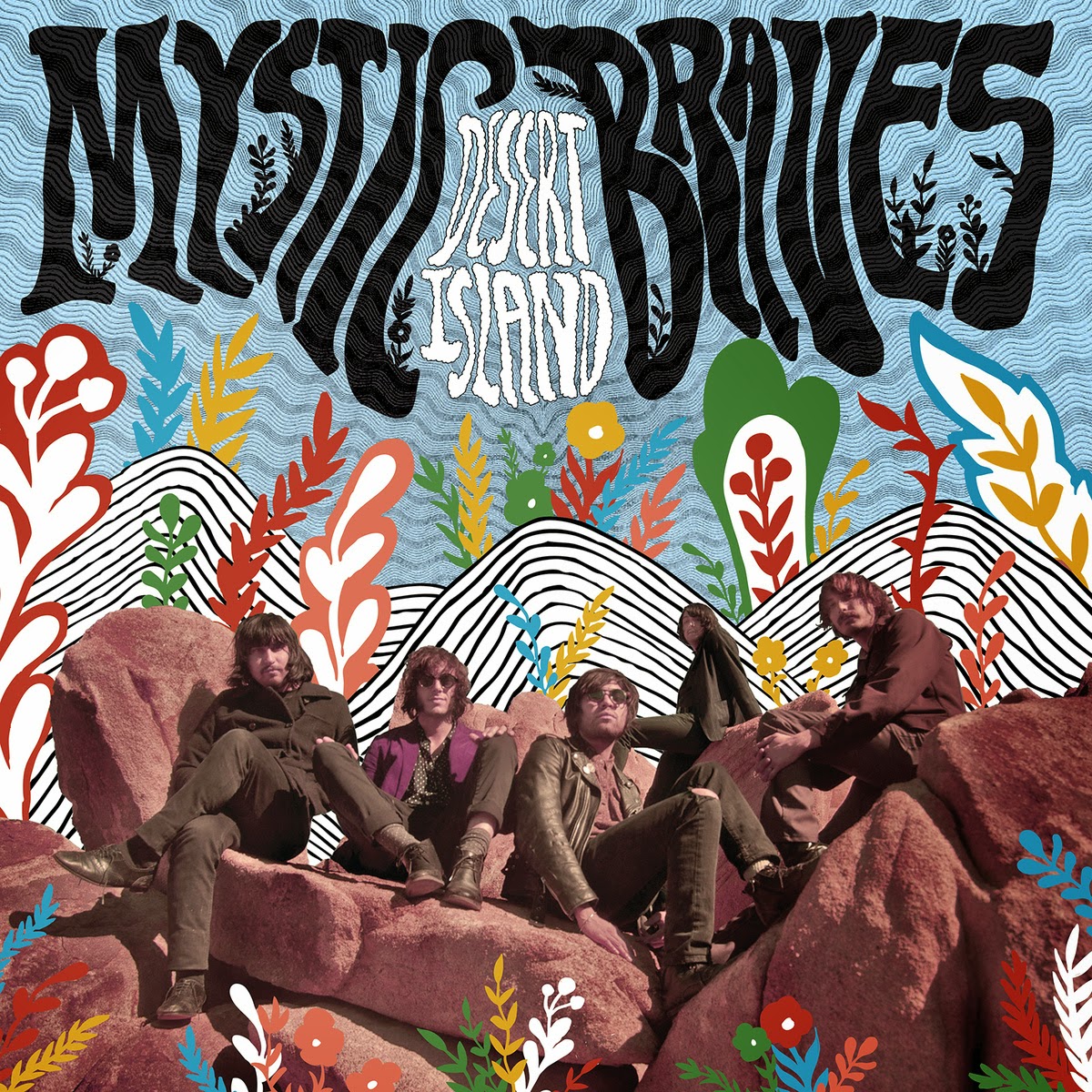 L.A independent Lolipop Records' release schedule has been increasingly busy and increasingly interesting of late, with two recent releases I'm going to highlight over the next few days upping the ante considerably.

First up we have the sophomore release from Cali-psych poppers Mystic Braves, which performs a considerable feat in bettering its predecessor, which was a pretty top album that this writer thinks could perhaps have received a little of the attention that the Allah La's album took the lion's share of.

"Desert Island" continues to expand upon the sounds found on that debut, effortlessly merging reverb laden Cali-cool with the urgent r&b of British invasion bands like the Animals and Them, with more Farfisa organ than you'll find on almost any album recorded after 1967.

The first side peaks with gonzo spaghetti western epic "Coyote Blood", forging a perfect alliance between windswept, desert melancholia and raucous garage rock. The flipside is even better though, with scorching mariachi brass joining the fray and on "In the Past", a memorable, jittery guitar figure snaking its way around the Farfisa line in a seizure-inducing frenzy.