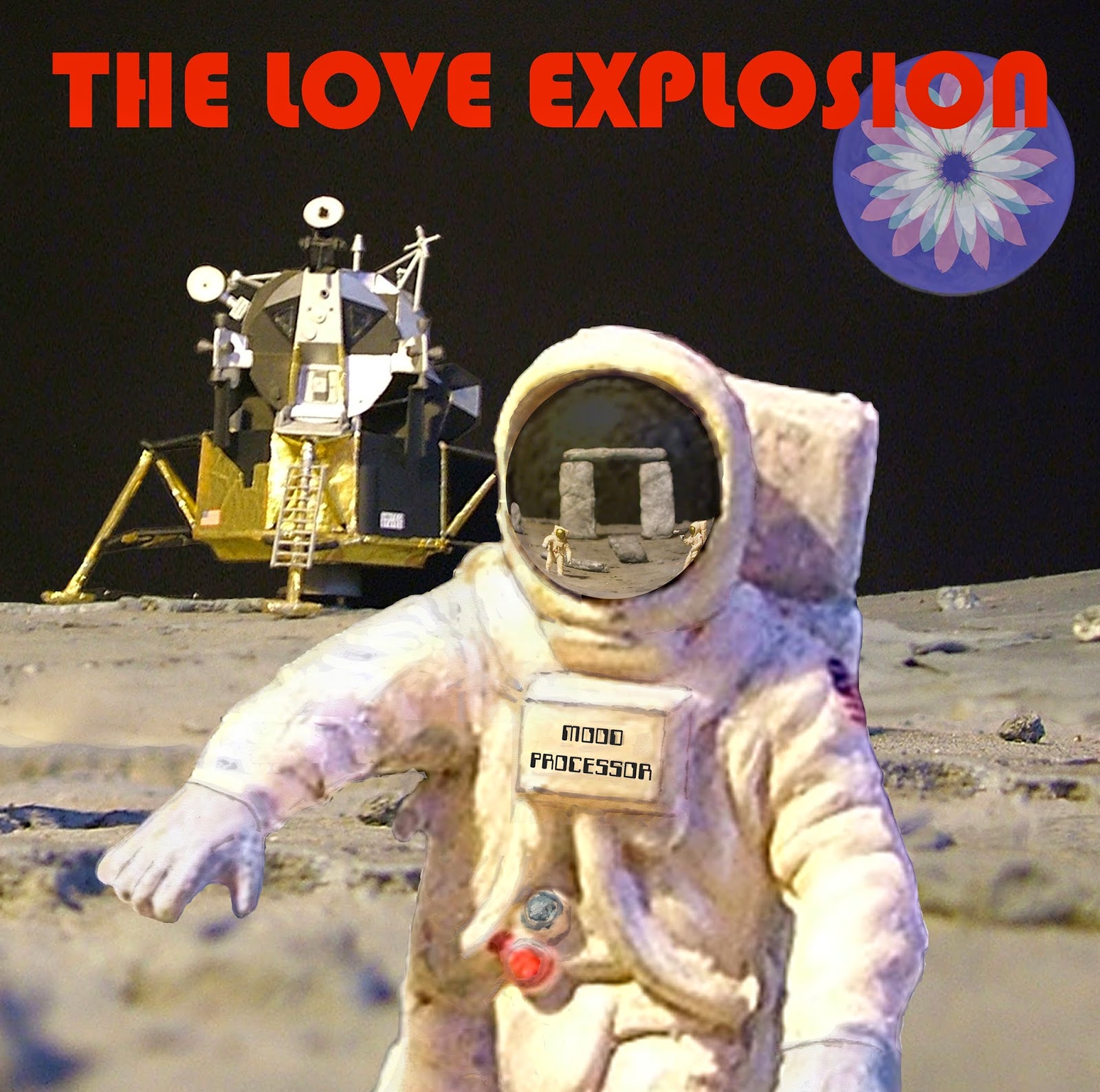 There's not much I can tell you about the Love Explosion, but their new album "Mood Processor" is a worthy enough attraction to not let trivialities like that get in the way of making sure you all have the chance to hear it.

Discovered recently via Valis's always on the money "Trip Inside This House" blog, The Love Explosion is largely the work of one Tom C - a resident of Sydney Australia (so Valis tells us). "Mood Processor" is his second album, following 2011's "The Perverse Caress of Satan" which Tom describes as "the Brian Jonestown Massacre making out with DJ Shadow on the couch watching Hammer films" - obviously I'm going to have to work back and listen to that too, but back to the task at hand for now.

"Mood Processor" is a well studied piece of psychedelia that is impressively diverse in its scope, and open about its influences.  Opener "You Think You Are" has the airy pastoral tinge of Ride's vastly underrated "Carnival of Light" with added mellotron and lush psychedelic guitar treatments.  "Hairy Holiday" on the other hand is an exploitation classic with a cheeky dialogue lift from "Horror Hospital", and music to match, complete with over the top wah guitar, a Neu! rhythm section and layers of sitar.

Only the extremely catchy "Mushroom" sounds like it could do with a little more muscle, although the overly clean verses are largely made up for by a visceral slab of e-bowed guitar mayhem towards the end that sets the scene for an even better second half of the album that embraces hypnotic acoustic drone ("Beauty and Wonder"), and an infectious Kraftwerk homage ("Eternally Recurring"), among other things.

It all adds up to a strangely cohesive album that shouldn't slot together quite this easily considering how many pieces it's made up of. And it's free (as is the debut) - totally recommended, sample track below:

Available as a free download directly from their own blog here.