The Cryan' Shames "A Scratch in the Sky" Deluxe Expanded Mono Edition. 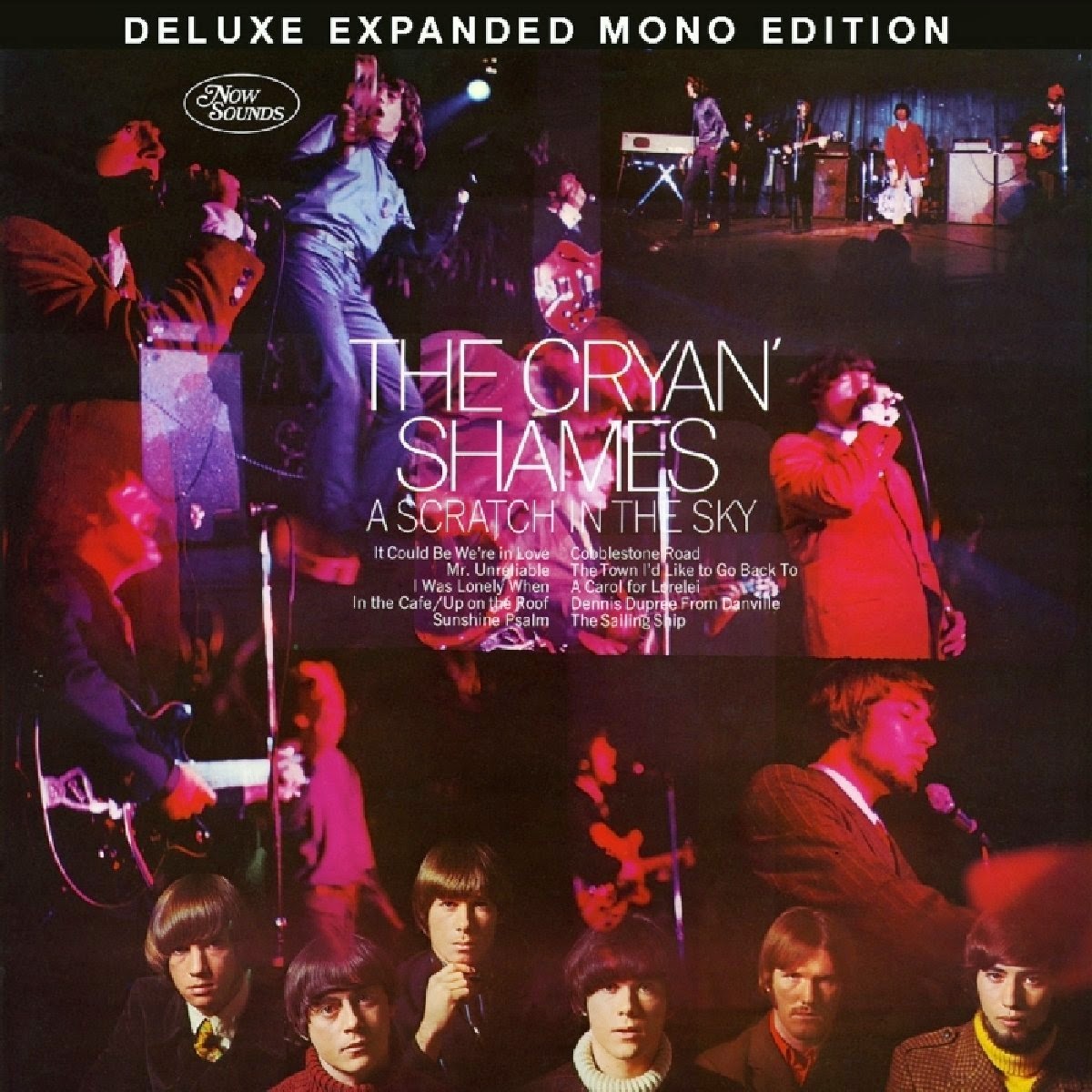 In a move that shows their expertise, the folks at Now Sounds have opted not for a full reissue program of the Cryan' Shames three albums, but dived straight in with their second album "A Scratch In The Sky" which is their masterpiece to this listener's ears.

While debut "Sugar & Spice" showed this Chicago based band finding their feet with a set of good jangly garage folk tunes, and third album "Synthesis" saw them entering harder rock territory (which they didn't always sound comfortable with), "A Scratch In The Sky" saw everything converge in the right place at the right time to the point where it's a small wonder that this wasn't a pretty big hit back in 1967 when it saw its original release.

Initial plays had me thinking that a good half of this was reasonably lightweight sunshine pop, but subsequent listens have revealed these songs to be some of the best of their type with faultless songcraft and an easy appeal that's likely to win over those not normally impressed by this genre (it sure worked on me).

The other half is where the real treasure lies for the psychedelic collector though. Heavily influenced by the Beatles "Revolver" (and it's contemporary single "Rain"), these tracks are fabulous examples of how unique an Americanised approach to the British Invasion can sound.

"The Sailing Ship" is a trippy masterpiece, with a kitchen sink arrangement that includes backwards guitars and bagpipes, and an atmosphere among the most evocative of U.S psych. "Mr Unreliable" is a great rocker with some fabulous Ringo style drum fills, a killer chorus, and clever spiraling guitar parts. "I Was Lonely When" is memorably jazz tinged, and extremely moody, while the more acoustic based "Cobblestone Road" anticipates the rural charm of early solo McCartney. Even the blatant Byrds steal of "Sunshine Psalm" is so well integrated into their sound that after several plays it feels entirely natural.

A recommended purchase, and easily a match for any of the Buckinghams' more lauded albums from this period.

Available here at the bargain price of 7.93 (at the time of writing). Essential.