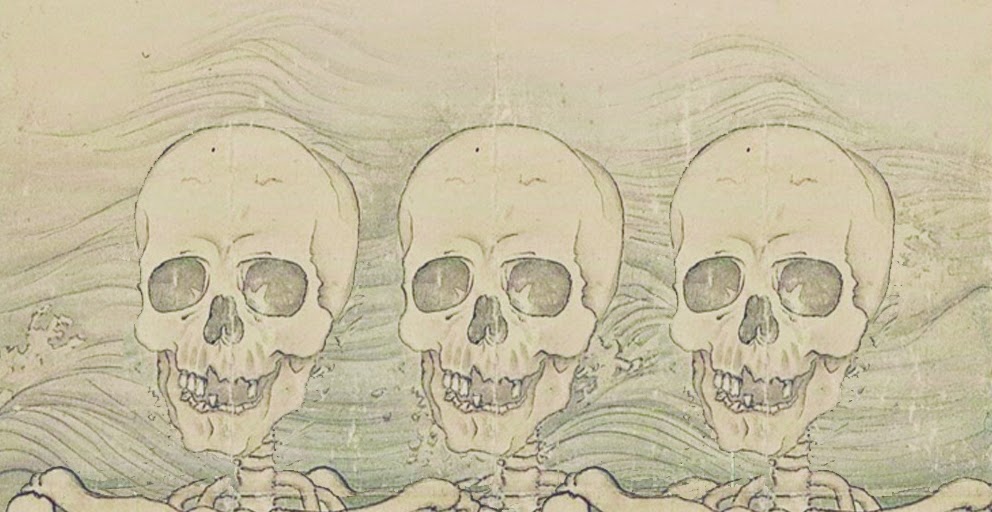 Here's another batch of great free stuff courtesy of the artists and labels involved.

Various Artists "Guruguru Brain Wash"
Put together by Japanese psychedelic label Guruguru Brain, this extremely generous 21 track sampler is a fresh and vibrant snapshot of the current Japanese psychedelic scene, which shows that the children of the Acid Mother's Temple are every bit as adventurous as their forefathers.
I'm not usually one to make sweeping statements to describe an entire nation's approach to making music, but on the whole "Guruguru Brain Wash" shows the current Japanese scene as one that doesn't rely on effects and studio trickery to give their music a lysergic edge, when explorative jamming, relentless riffing and occasionally intimidating wig-outs will do the job even better.
Active Listener favourites Kikagaku Moyo are present and accounted for of course, but there's plenty more gold to be discovered here, particularly Deigen's "Cosmic Upside Down" and Icecreams' "Tachikurami (Dizzy)" which clocks in at over ten minutes (as a number of tracks do here), and could quite easily double its length before I started to lose interest.
Mind expanding and rather grand.
Available as a free download here:

Savage Sister "Huge Moves"
"Huge Moves" is the new three track single from prolific Chicago based dream-pop trio Savage Sister, and from the moment the big Gil Norton / Pixies drums of the lead off track kick into life you know they've studied the production techniques of the masters. Big Cocteau Twins synth washes and drop-dead gorgeous, heavily reverbed vocals seal the deal, and the songs have hooks to match their ambitious production refererences. "Huge Moves" is a big, cavernous anthem of a track that will leave the vocals swimming around in your head for days, but its B-sides are equally seductive, and will be treasured by all who have ears to hear.
Available as a free / name your price download here:

Torpa "Dead Letter Drop / Spiral"
This intriguing U.K based electronic duo already have about a million releases out through their Bandcamp page which show a diverse approach to incorporating their electronic tendencies into everything from psychedelia, ambient, dub, shoegaze and more.
This recent release is the one that grabbed me and shook me the hardest though, a two track tribute to John Barry that bypasses the more obvious brassy Bond approach and heads for Barry's more intriguing and low key mid sixties work for inspiration. This is moody, slightly sinister stuff most closely aligned to Barry's work on "Seance on a Wet Afternoon" with the slightly more subtle spy twang of "The I.P.C.R.E.S.S File" sneaking in too.
Deserving of its own movie, or at least a short film for a video clip.
Available as a name your price download (starting at $0) here:

Prana Crafter "Mountain Throned" / "Forest at First Light"
An artist that we've covered before (and will continue to do so long as he releases stuff this good) is Will Sol, who records under the name of Prana Crafter.
"Mountain Throned" is an instrumental set that showcases his rustic, hazy, woodsy psychedelia at its best. Opener "Treasure in a Ruin" has the eerie resonance of Pink Floyd's "Signs of Life" without the eighties production values. Elsewhere Sol's guitar rumbles with the brooding intensity of "Dead Man" era Neil Young.
A newer, stand-alone single "Forest at First Light" introduces vocals for an affecting performance not unlike early Bon Iver or a less produced Fleet Foxes.
Check out Prana Crafter's bandcamp page here for these and many other free downloads.