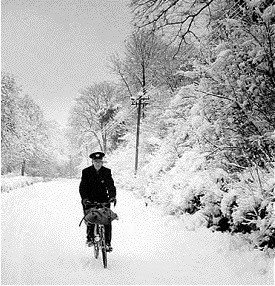 We've got Fruits de Mer head honcho Keith Jones' persistence and dedication to thank for even having the opportunity to hear this great release from now sadly defunct Swedish proggers Tor Peders.

Self recorded back in 2011 in their rehearsal space, Tor Peders guitarist (and driving force) Jonas was part way through negotiating with Keith Jones for a Fruits de Mer release of "Brev Fran Ederstorp" when he was hit by a car and taken from us. With Jones' only contact within the band gone, the album release was reluctantly shelved, and it was only when Jones noticed drummer Johan's name on another project that he was able to reconnect with the band and negotiate its eventual release.

Keith's enthusiasm for the album is easy to understand, and traceable to his roots as a record collector. In his words, "Brev Fran Ederstorp" reminded him of "the best instrumental parts from my Vertigo / RCA Neon / Charisma record collection from the early seventies, with all the embarrassing bits left out", and while Tor Peders often have a much more European sound than that comparison may suggest, the vintage sound implications and quality level inferred are both without peer among modern recordings.

Jonas's guitar takes centre stage as a muscular presence, equally at home with Hendrix influenced guitar heroics or the occasional surf guitar run, but the exquisite organ work is arguably more responsible for supplying the authentic early seventies vibe, although the simple, live in studio production style helps maintain this illusion as well.

An excellent cover of George Martin's "Theme One" rubs shoulders with a number of band originals that easily match it in quality with the spiraling guitar riff of "Smafaglars varn" and the atmospheric space-rock of "Incident vid Domsted" being the most memorable of a superb bunch that goes to show that just occasionally, they do make them like they used to.

A sad loss to be sure, but we're blessed to have this remarkable aural document to remember the man by.

Also released by Fruits de Mer Records this month: "I Have Known Love" a brand new 7" e.p from classic Irish psych folkers Tir Na Nog, "Wind on the Water" an excellent new LP from Astralasia showcasing their adventurous progressive Kraut side, with a minimum of the electronic music that often creeps into their work, and "Sonar" by Craig Padilla, a great collection of solo synth pieces that will make fans of late seventies Tangerine Dream very, very happy indeed.

All of these titles are available here directly from Fruits de Mer Records for UK readers. International readers are directed here, to the always excellent Norman Records, who ship internationally for an extremely reasonable price.