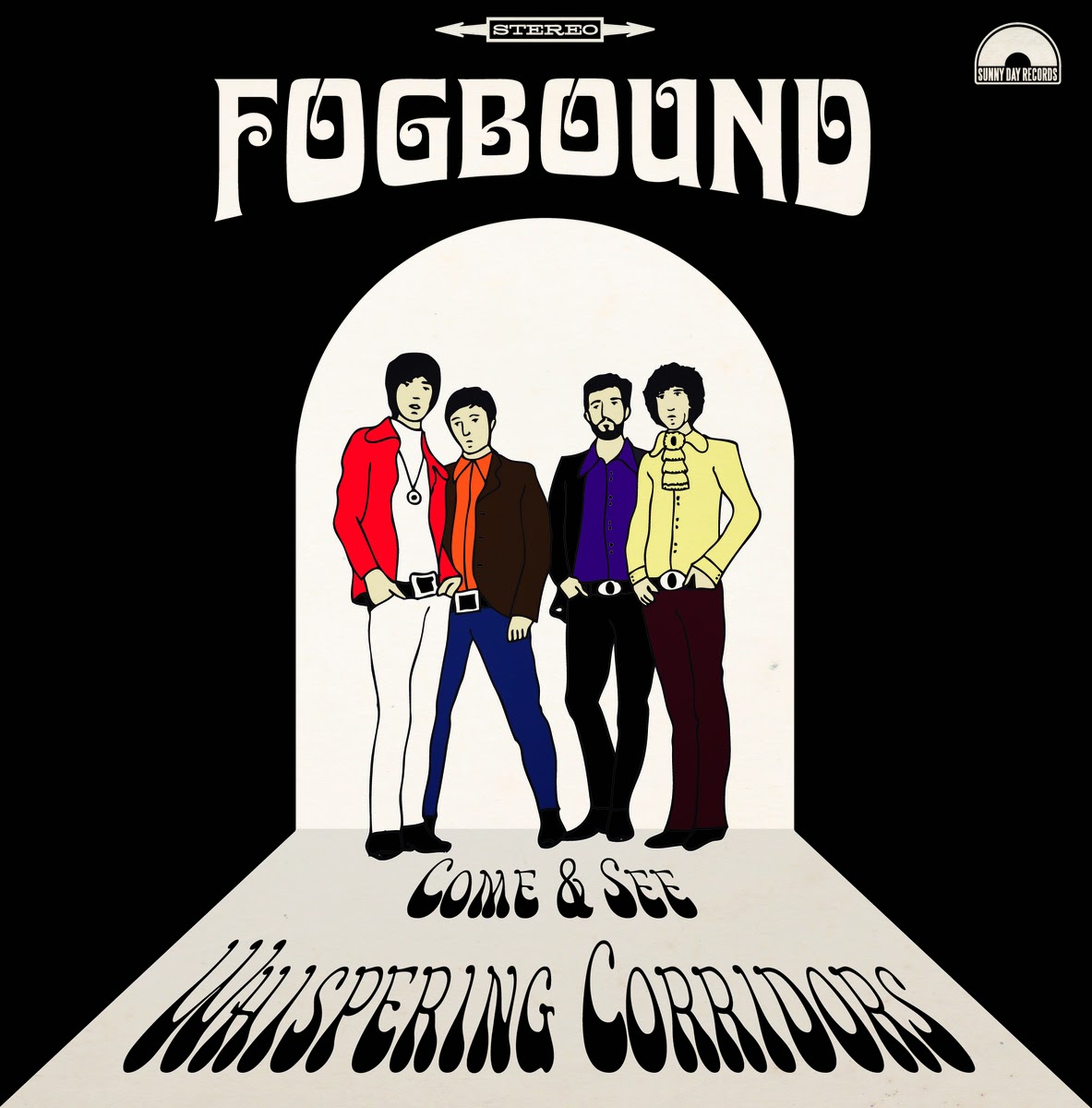 After including the sublime a-side of this single on a sampler a few months back, I promptly forgot how great it was and only a random Facebook post from a friend alerted me to the fact that I hadn't actually gotten around to reviewing it, which as it's quite possibly the best psych single of the year so far, is a pretty big oversight on my behalf.

As debut singles go this is a hugely confident effort, no doubt largely due to the experience of the band members who are also regularly to be found in Wolrus, Misterioso Viaje Holanda, The Twin‑Sets, One Of These Days & Thee Heavy Random Tone Colour Lab among other bands.

"Whispering Corridors" is a monster - moody and mysterious, with an insistent guitar riff, an unexpectedly spooky pre-chorus refrain that suggests something sinsterly Lovecraftian, and heaps of crazed guitar trickery making all of the sounds we love to hear here at Active Listener Towers. If this really was the sixties artifact that it sounds like it'd be deified alongside the Misunderstood - it's that good.

Flip it over and "Come & See" is slightly more conventional, but none the worse for it boasting a tough mod riff that could have graced a record by the Creation, with Fabio Mahía's vocals alternating between tough and ethereal at the drop of a hat, and that huge freakbeat guitar sound on the solo's not to be sneezed at either.

The good news doesn't end there either - they've already got a followup lined up. You can hear the flipside of that here.

The Whispering Corridors 7" was released in April by Sunny Day Records - the first pressing has sold out but if enough of you are vocal about it they could do a second press? You can stream both sides here.

Check out the great video for "Whispering Corridors" below: