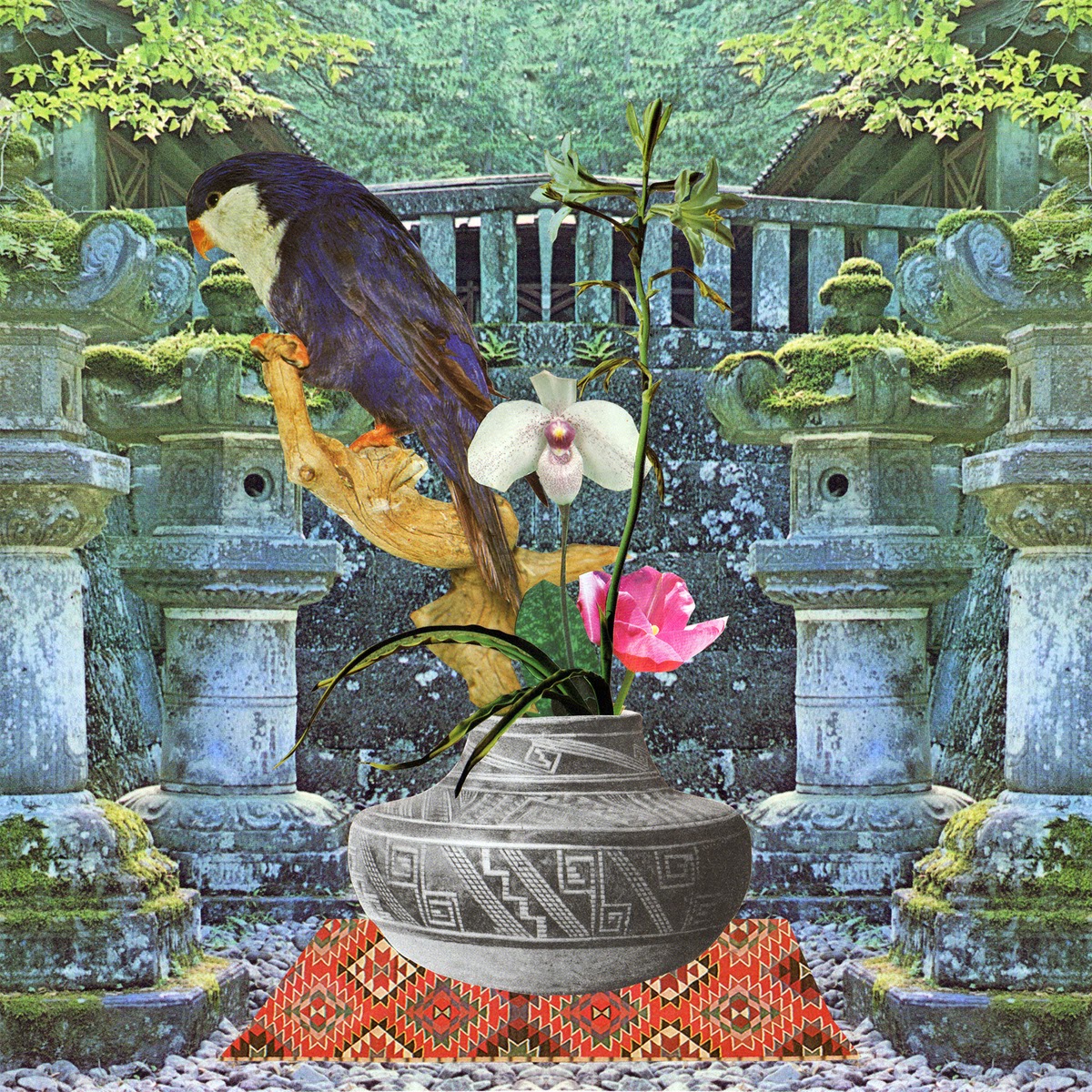 Here's reviews for another three releases available for zilch on Bandcamp (some have name your price options if you want to make a donation to the artists - they're all worthy).

Monster Rally "Sunflower"
Master audio and visual collagist Ted Feighan (the cover art is his as well), is back with a new E.P of his beautifully constructed psychedelic exotica turntablism.
Inspired by a trip to Japan, and the discovery of a vintage American aural travel guide, "Sunflower" is put together like a brief guide with brief vocal interludes from the travel guide introducing each musical section, which masterfully combine the exotic with the loungey and the beaty. Imagine if you will an early D.J Shadow album constructed entirely from Martin Denny samples (with added beats) and you'll get an idea - beautiful strings, exotic instrumentation and a sunny disposition.
At just over twelve minutes it feels more like a stopover than a full visit, but there's plenty more to discover on his Bandcamp site to keep you busy, some with vinyl releases too - they're all incredible.
Available as a free / name your price download here:

Vintage Cucumber "Neuland"
I've written about prolific one man band Johannes Schulz before (here & here) - not as often as I'd have liked to, but that would require a dedicated blog of its own. With a huge backlog of E.Ps that have appeared over the last couple of years in styles ranging from kosmische to krautrock to psychedelia to ambient to eighties video game style MIDI music, Johannes is a busy character and his latest E.P "Neuland" is my favourite from his more recent releases.
"Neuland" casts his motorik psych impulses through a sunny prism that makes it sound like something that Kraftwerk would be listening to on the autobahn on their summer vacation if they were headed to the idyllic holiday locale on the E.P's sleeve. There's plenty of trippy effects on the layers of guitars and vocals that keep the steadily building tracks interesting over their sometimes lengthy playing times, with a pleasingly hazy and chilled underwater vibe that should be at odds with the insistent rhythms but fits very snuggly indeed.
Extra points for the cover looking EXACTLY like the contents sound too.
Name your price download available here:

Sleeping Orchard "George" "Planet Snakes"
It's only been a month or two since I reviewed the latest E.P by this slightly mysterious outfit, so I was very surprised to find not one, but two new E.Ps on their Bandcamp page within a week of each other. I'm not sure if they've elected for two E.P releases for artistic reasons, but the "George" and "Planet Snakes" E.Ps sound very much like they're cut from the same cloth as each other to me, making a nice album length package between them. Both show considerable growth as well, with a heightened set of songwriting skills, and hooks with a stronger grip than those on their previous E.Ps. Oddly this more structured songwriting approach has coincided with a more psychedelic feeling in general, which gifts these often simple, and always melodic vignettes a hazy, desert-swept, peyote-infused, around the campfire charm. Lovely stuff, and a huge progression from the already fine material they were previously responsible for.
Both E.Ps are available here as free / name your price downloads: