Alison O’Donnell should need no introduction; legendary vocalist with Acid Folk luminaries Mellow Candle, sometime singer with Irish wyrdsters United Bible Studies and England’s own acid tinged folk outfit The Owl Service, solo artist in her own right (listen to ‘Hey Hey Hippy Witch’) and now collaborator of the band Firefay with their splendid new album ‘Anointed Queen’. Oh and she has also recently recorded with a couple of chancers called The Hare And The Moon, whoever they might be. This latter escapade introduced me to Alison on the eve of the release of the Firefay album; what better a time to ask this most influential of singers a few choice questions about ‘Anointed Queen’, her rich musical past, and range of projects both ongoing and future.

Alison, ‘Anointed Queen’ is a strong and diverse piece of work. You sound seamless as a band, like you have been playing together for years. How did you meet with the other members of Firefay and what was the process of putting the record together? Are there plans to tour the album?

Our computers kindly made the introductions. We bumped into each other online and tentatively edged forward over a period of time. This was a few years ago and we are only going to meet in person when we get to launch the album at Leigh-on-Sea Free Folk Festival. Firefay are rehearsing in London and I am practising with their rehearsal recordings in Dublin. There were a number of embryonic songs that Firefay had knocking around and I had a few also. We wrote them all together and worked them up to full recordings over time. Since the record is going to be released on CD with Stone Tape and later on vinyl with Golden Pavilion, we want to organise a few mini-tours with a full set in the latter part of 2014 and through 2015 if we can. 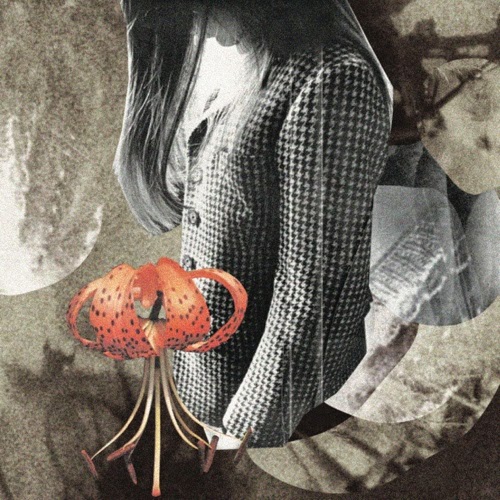 The tracks on ‘Anointed Queen’ have a strong lyrical narrative. ‘Living on Concrete Paths’ deal with homelessness and ‘Hart Fell’ is inspired by late Floyd leader Syd Barrett. ‘The Day the Winged Fury Came’ describes a WW2 bombing raid. Where did the inspiration and ideas for these songs (and others) on the album come from?

Adam Bulewski asked me to write a song with him loosely based on Syd Barrett. In the current recessionary times there are more and more people facing mental health issues so ‘Hart Fell’ was something I really wanted to write. Adam gave me the title also. Since he and I both have experience of contact with homeless people, a topic that always requires attention, it was another song that got written quickly. ‘Living on the Concrete Path’ is the second song I have written on that subject. My mother’s cousin Peter O’Donnell, a lovely man long gone now, was a teacher and published poet in England. In 1960 he wrote a poem about the bombing of a shopping centre. I suppose I wanted to pay homage to him as I admired him so much for his intellect and gentle and kind demeanour so I wrote ‘The Day the Winged Fury Came’, which is more about the aftermath of a WW2 bomb blast. ‘Strawberry Wine’ is from an original lyric and idea by Carole Bulewski, akin to parts of the story of ‘A Midsummer Night’s Dream’ in that potions and altered states are endowed upon a young person in a fantasy setting. The album title came from this song. ‘Come All Ye Malcontents’ came along when I read about and saw reports of how ordinary people going about their business during the London riots suddenly got sucked into the temporary madness of looting and stealing, which later ruined quite a few of their lives. ‘White Lilies’ is about a country girl who becomes enthralled with the excesses of city life but who manages to find redemption and ‘Blood on His Horns’ deals with the cruelty of bull fighting and attendant sports. Golden Carpet is quite spacey; a warning of the downside of impetuosity, and Night Spell is dreamy – the influence of the moon.

‘Hey Hey Hippy Witch’, your solo album, was recorded with a wealth of well-respected and well-known names in folk and psychedelia such as Michael Tyack (of Circulus) and David Colohan (of Agitated Radio Pilot, Raising Holy Sparks, United Bible Studies). What do you feel these collaborators brought to the album and to the songs? What made you choose to record a solo album rather than as a collaboration or a part of a band (such as with Firefay or UBS) and are there any plans for a follow up?

Well to be honest, part of the reason for recording HHHW with a bunch of collaborators living in other countries and cities was purely financial. I was in touch with them all and had done work for various of their own projects, so it seemed an obvious thing to do to ask them to co-write songs with me for my solo album. I didn’t have funds to get together with a group of people and go into a studio. They all worked up the tracks with me, recorded their parts and I did mine in Dublin. I would love to follow up sometime but I have been so busy working with United Bible Studies both live and on record, and having two albums out in the past few years, and also a string of contributions on other musicians’ projects, that I haven’t had time to get round to thinking about another solo record. 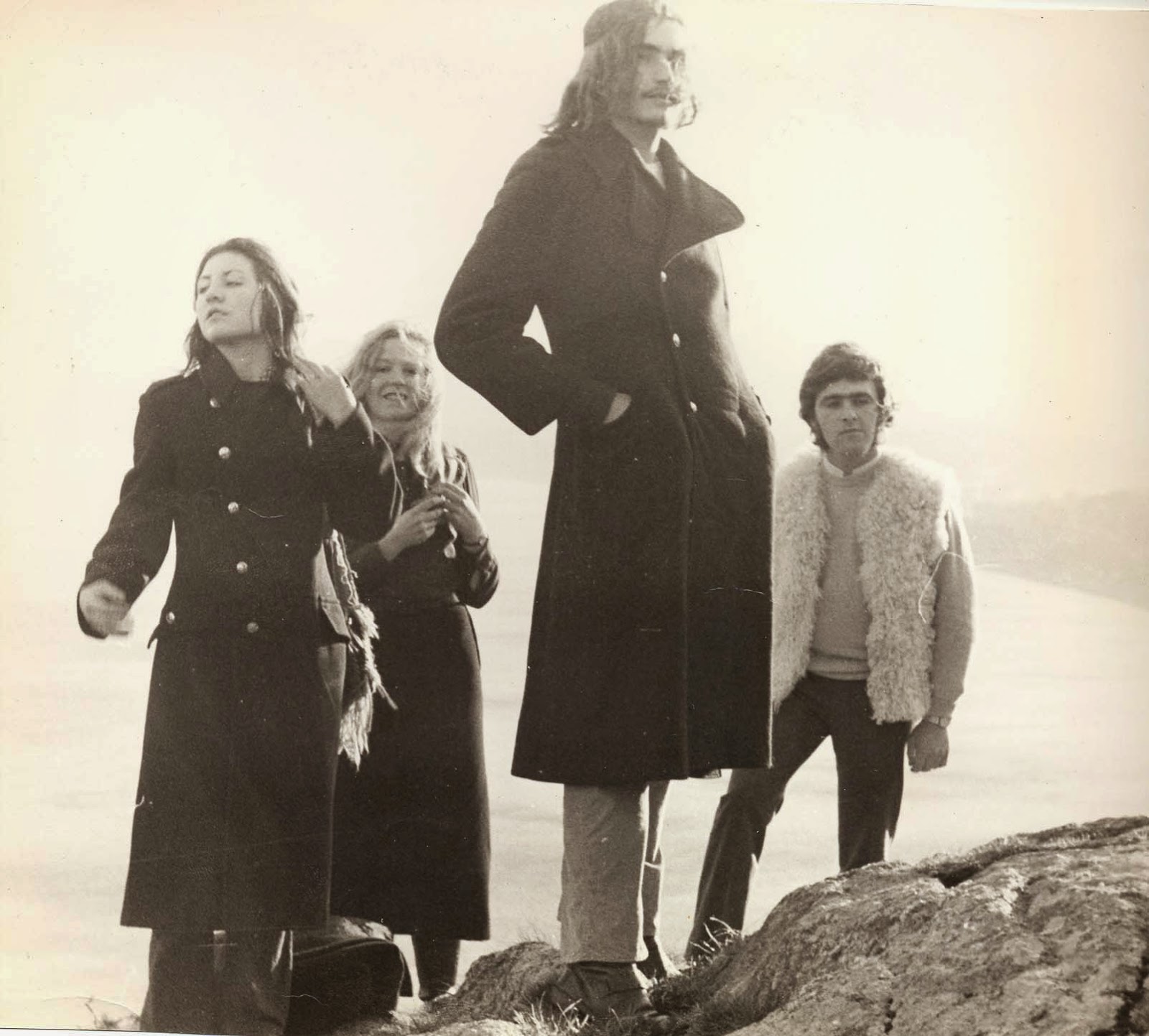 You must get a lot of people wanting to talk about the Mellow Candle years. Has this been increasingly so as the Swaddling Songs album has come to be regarded as an acid folk classic? You were very young when you recorded the album. What do you remember about those days?

I don’t remember as much as I would like to – ahem! If I’d known that ‘Swaddling Songs’ would become a cult classic, I’d have paid a bit more attention. I was 17/18 and life just rushed along in quite an exciting fashion. I was in thrall to the music and the lifestyle of that period. It was absolutely everything to me. It was incredibly rich and rewarding.

As a fan and collector, are there any plans to re-issue the Flibbertigibbet ‘Whistling Jigs to the Moon’ album? You have been involved in the past with your back catalogue and its reissuing; is there anything left in the vaults that might be released at some point in the future?

‘Whistling Jigs to the Moon’ is a collector’s item now also. It was supposed to have been reissued on vinyl a few years ago but it fell through. I was involved with reissues for some years back in the mid to late 90s and always keep an ear to the ground when a reissue is happening, but I have too much current music swirling around now to get too involved. That was back when I had a lot less going on. If I say there is something left to put out, someone might pounce on that. There is one song somewhere but it would be difficult to do anything with it and I don’t think it would be worth the effort. There might be an external attic recording knocking around but it is probably all material that has already been released.

As well as being active as a singer and musician in both Ireland and the UK you also spent time running a music club and playing with a jazz band in Johannesburg and playing with a trad band in Belgium. You also starred in a pantomime there in a leading role. The Firefay album and your work with United Bible studies and others suggest an artist who can’t or won’t be defined within the sometime narrow parameters of ‘traditional folk’. Recently you also recorded with Big Dwarf who are have an electronic aspect to their music and Cathedral, a well-known metal band. How would you define yourself as an artist and how important is it for you to experiment and work with others and in different genres?

I used to coolly stand still with hands on hips in Mellow Candle performances. It was only when I got involved in theatrical and satirical revues in Johannesburg that I started to consider stagecraft. A lot of technical and dramatic ability only came together very late in my career. I have felt a lot freer to experiment since around 2008. I revel in working across different genres and strive to be defined for writing and performing, as well as singing.

You recorded absolutely beautiful and personal versions of Nick Drake’s day Is done And Nico’s Frozen Warnings for the Fruits Der Mer 7” single series. I’m interested in your choice of both these artists and these particular songs; how did this venture come about and why those choices?

‘Frozen Warnings’ remains a set number that I have performed with a number of musical groupings. That song really pierced through my being and I still hold on to that. Fruit de Mer suggested several songs which I didn’t go for and wanted a Nick Drake, so I felt I could do something with ‘Day is Done’. I felt I made a good version of ‘Frozen Warnings’ although some Americans would disagree with me and have said so (well one or two)! Taking on Drake and Nico is always going to piss someone off.

Your music may be known to a number of readers due to your collaborative work over the last few years with The Owl Service (The Fabric of Folk EP) and United Bible Studies. How did these collaborations come about and to what extent are you still involved in these acts? Have you any further collaborations in the pipeline?

I am intending to do two songs with Steven Collins and Nancy Wallace of The Owl Service at Leigh-on-Sea. I love working with them. We’ve done quite a lot of songs together over the years and they have all worked out really well. I’m always up for new collaborations with former and new potential collaborators.

You can read Grey Malkin's review of "Anointed Queen" in these pages over next few days.