Fleeting Joys (+The Black Ryder + BJM) – The Laurels = Modern Shoegaze: An Interview with Olivier Debard of Dead Horse One 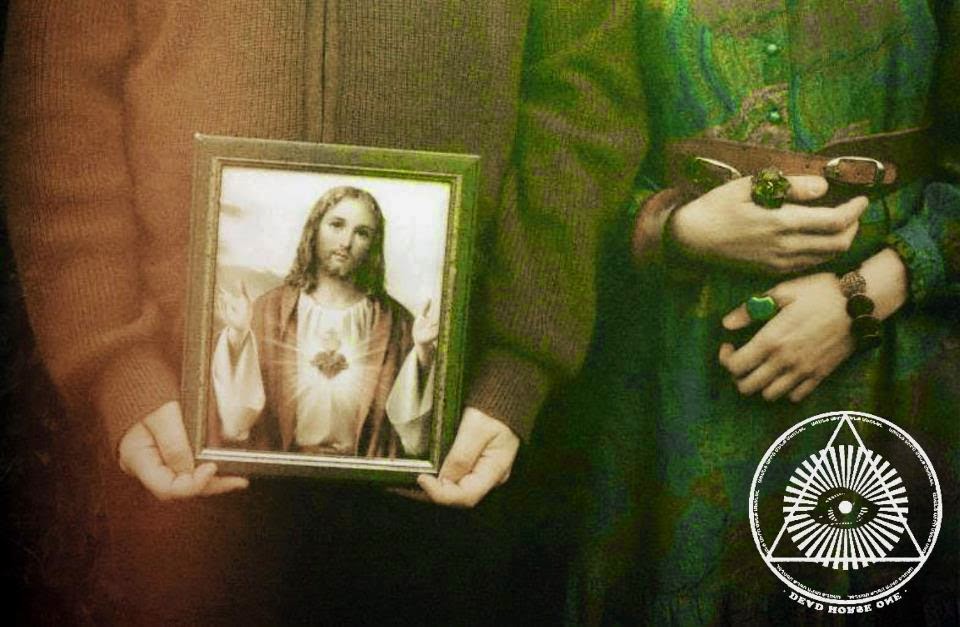 This article has been cross posted from "When the Sun Hits", where it was originally published - great shoegaze blog, check it out.

Only Dead Horse One’s singular songwriter and front person Olivier Debard could come up with a precise mathematical equation defining modern shoegaze, as he does in this new interview. Just what that equation actually means will surely be a topic of profound speculation and earnest debate among academics and stoners alike for decades to come, so remember—you heard it here first!

The band’s debut full-length Without Love We Perish is now available (you can buy it here). Produced by Mark Gardener of the classic shoegaze band Ride, it’s a truly masterful expression of the hazy, fertile boundary where shoegaze and psychedelia overlap.

Olivier, who hails from southern France, comes across in our abundant electronic correspondence with him as warm and individualistic with a compactly enigmatic wit. He projects both confidence and humility, knowing full well what his strengths are and just how far they reach. Olivier writes songs of depth and poignancy that he sings beautifully and that Dead Horse One performs and records with exquisite results. Without Love We Perish immediately struck us as brilliant, our first listen giving us goosebumps and moistening our eyes in the wonderful way of music that we love. We expect it to be one of the most significant releases of the year in the musical zones covered by When The Sun Hits. Please give Without Love We Perish a listen here and enjoy Olivier’s distinctive perspectives in this interview.

Do you consider your music to be part of the current shoegaze/psychedelia scene, or any scene? Do you feel that Dead Horse One identifies closely with any genre? How do you feel about genres in music in a general sense?

Musical genres? This only serves to put music in boxes, to better sell, no? I think the structure of the songs, the mode of composition, remains unchanged. Only technology has evolved. Look at the path traveled since the ‘50s until our time! Only songs remain.

What do you think of modern shoegaze/dream pop/psychedelia artists, any favorites?

What is the most important piece of gear for your sound? Any particular guitars/pedals/amps that you prefer?

Semi-hollow body! That's the secret! And a lot of other things that I can't mention here! Ahah! More seriously, we use much twelve string, Jazzmaster and Coronado. We also use ‘80s keyboards. This is an old recipe.

Do you prefer vinyl, CD, cassette tape or MP3 format when listening to music? Do you have any strong feelings toward any of them?

Whatever, as Jean-Jacques Goldman, a famous French singer, said in a song: "When the music is good! When she does not cheat." Ahah! Regardless of the medium.

What artists have most influenced your work?

At the risk of being very original, I say JAMC, Anton Newcombe, Ride and, more recently, The Warlocks.

Can you tell us a little about what you are currently into (books, films, art, bands, etc.)?

Marcel Conche, a French philosopher. I love listening to these sermons! Regarding music, I am into all our buddies in the French collective “nøthing”.

If you had to choose one track that was the ultimate definition of your sound, which would it be and why?

“Hopper” definitely! Everything is there!

We understand you are the songwriter for Dead Horse One. Can you tell us a little about the band and its process?

Jérome Simonian is the guitar hero, Antoine Pinet is the drumer, Ludovic Naud is the bass player, Ivan Tziboulsky plays keyboards and 12-string. I am left alone much of the year away from my family (because of my work). I have a lot of free time with myself! This is when the songs get written. I think about the music, then I show the other band members their different parts and the color of sounds (except for the guitar solos, which Jérome develops). Generally I make a demo that I send to them. After, they play for the recording session, much better than me. They don't have the same influences as me; we're not from the same generation. Sometimes music they play sounds too “ROCK” for me and we yell. And sometimes it works.

Could you tell us how you managed to get Mark Gardener on board to produce Without Love We Perish? Would you like to comment on the working process with Mark?

I followed Mark for a long time. I saw the bands with which he was involved such as The Morning After Girls, and the number of shows he performed in the United States with all its new neo-psych bands like Asteroid #4 or The Black Ryder. We had made our tracks recording by ourselves and we were facing a mountain of tracks to mix…So I had the idea to contact Mark. I started by sending him an email to which he responded two months later! We sent him a pre-mix of “Hopper”. This was the first song he mixed. We gave him carte blanche to do what he wanted with the tracks. He never sent us more than three mixes of a particular track. It was incredibly simple to work with him. We were lucky he agreed to put his name on the project because one thing is certain, he didn't do that only for money given the budget we had.

Can you tell us what the band has been working on and what you've got forthcoming in the near future (new releases, tour, etc.)?

We have ten new songs for Season of Mist, our next album. John Loring from Fleeting Joys will do the mix and Craig Walker will perform a song! I'm very happy, Craig is one of the most beautiful voices I’ve heard so far. He invited us to play with his new band Mineral in Marseille last March. That was an awesome night! We should be recording early next year. We will do some dates in France in early November, although it is very difficult to find shows in our country. We recorded an original track mixed by Yan from Venera 4. The first physical compilation (vinyl) of the nøthing Music Art Collective will arrive really soon. All eleven French bands of the collective have recorded a special track for it! I've seen the cover art and it's beautiful!

What is your philosophy (on life), if any, that you live by? 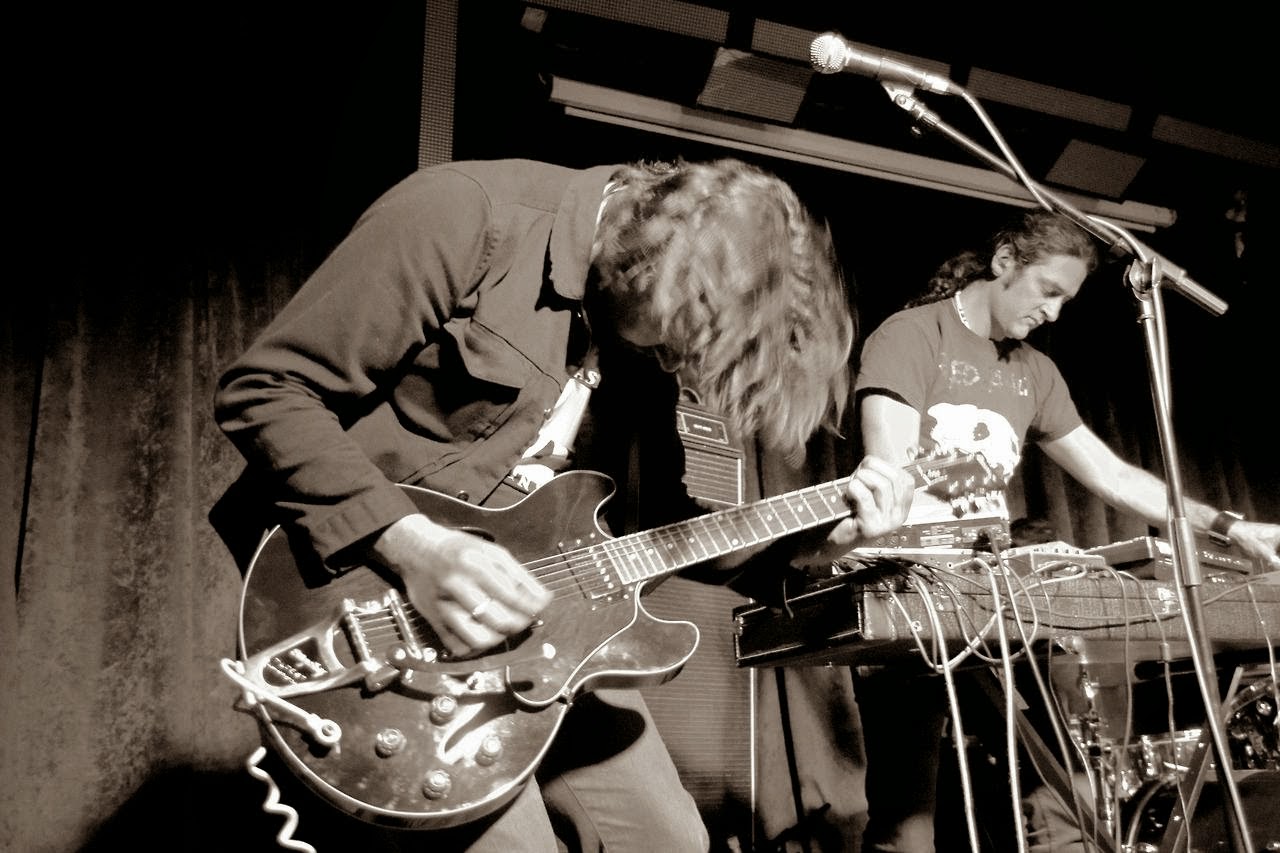