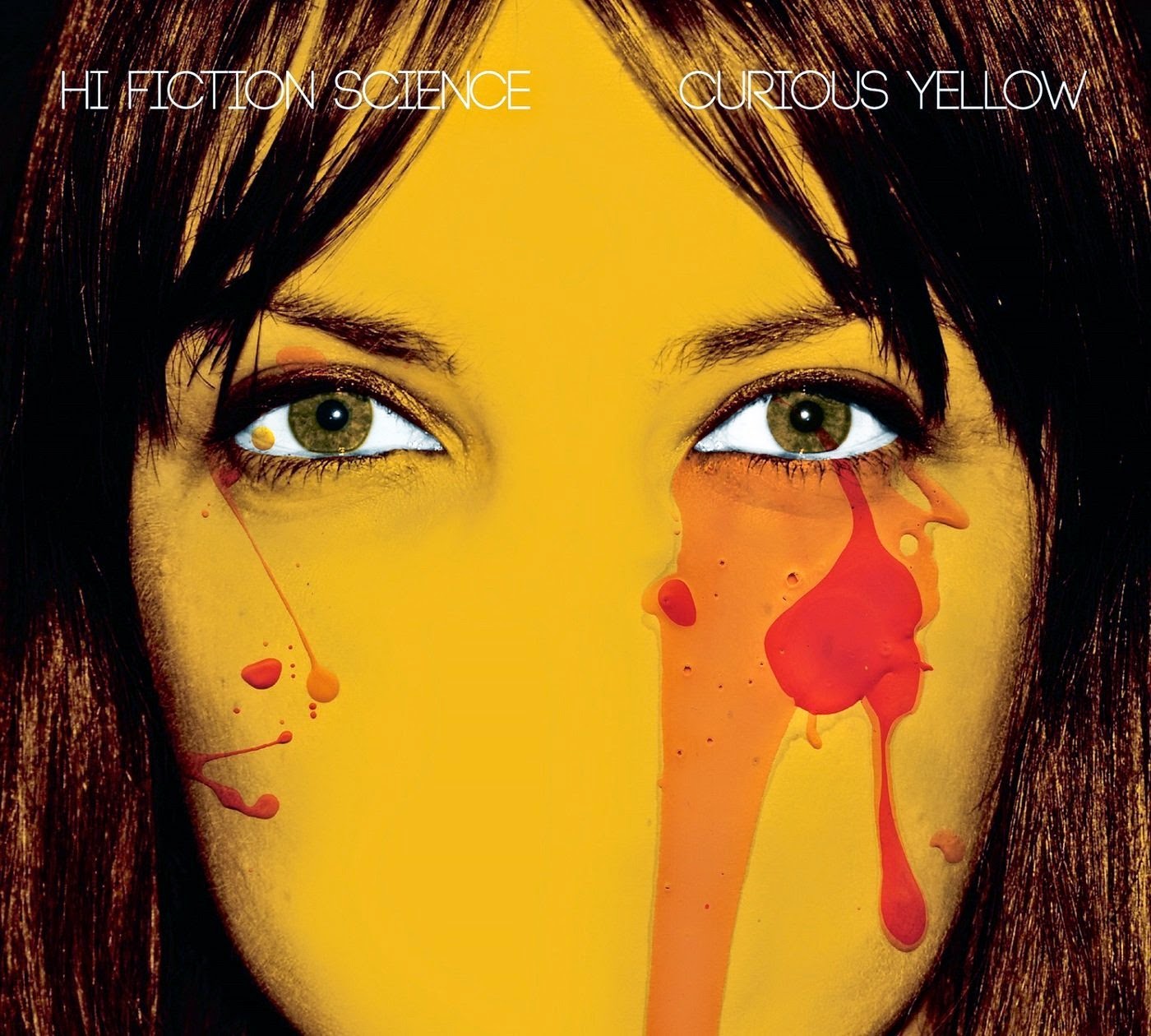 Uncategorisable (but I'll give it a go anyway) Bristol band Hi Fiction Science have come a long way since I reviewed their debut back in 2012 (as hopefully have I - terrible review that one!)

In the meantime they've contributed to more Fruits de Mer Records projects, guitarist James McKeown has wowed me with his solo work ("English Dream" made number two on my albums of the year list for 2012), and now album number two for HFS is out on Cherry Red's progressive rock imprint Esoteric Recordings, mixed by Portishead associate Jim Barr.

And esoteric it is too. Like their first, it's an unusually effective amalgam of genres that, cross-blended in this fashion doesn't sound remotely like anyone I can think of - the closet comparisons that come to mind are Amon Duul II and Curved Air, but "Curious Yellow" is a much more contemporary sounding album than those names would suggest, also evoking the adventurous approach of post "O.K Computer" Radiohead.

With an inventive, Krautrock informed rhythm section creating a dynamic and varied bedrock for guitarist McKeown and keys player to Matt Rich to apply liberal layers of texture to, this would function perfectly well as an instrumental album, but it's the otherwordly vocals of Maria Charles that give "Curious Yellow" its distinctive edge. Charles has seemingly grown in confidence since the band's debut, and her vocals here are extremely powerful, with the sort of timbre you'd normally associate with the early seventies U.K folk-rock movement. Charles here does what even the likes of Sandy Denny couldn't manage when she tried later on in life though - integrating those distinctively Albion vocals with a more contemporary, genre-defying approach, particularly effective when given a mysterious eastern tinge on "Digitalis".

McKeown's guitars do inventive things throughout too - occasionally flashy, but at their cleverest when subtly manipulating textures and creating a psychedelic brew with Rich's lush keyboard washes, or providing an unusual rhythmic counterpoint to Aidan Searle's dexterous drums.

In the grand tradition of classic progressive rock - which I guess "Curious Yellow" fits into just about as well as any other genre - it's an album that feels like it's supposed to be experienced as a complete package, with a flow and progression from track to track that's rarely valued or achieved these days and which makes the idea of highlighting specific tracks redundant.

You won't hear another album this year that sounds like "Curious Yellow", but you'll hear many from bands who are struggling to capture the diverse spirit that Hi Fiction Science have trapped with apparent ease here.

The preview below will give you an idea of what to expect, but be warned, listening to the album in full is required to really connect with it, and will increase your enjoyment of it exponentially.