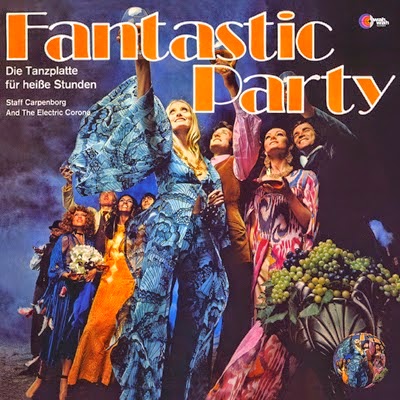 This is the pick of a recent bunch of excellent reissues from Gear Fab Records, a number of which focused on late sixties / early seventies exploitation titles - quickly recorded cash-ins masterminded by greedy labels and played by session musicians who would typically cover a few hits of the day with a bunch of self composed instrumentals for padding. Against all odds some of them are pretty great too!

This two-albums-on-one-CD extravaganza features two albums that make unusual bedfellows, but between the two of them offer two of the best psychsploitation titles of the era - if these two don't do it for you, you should probably close the door on the whole exploitation arena now and move on. 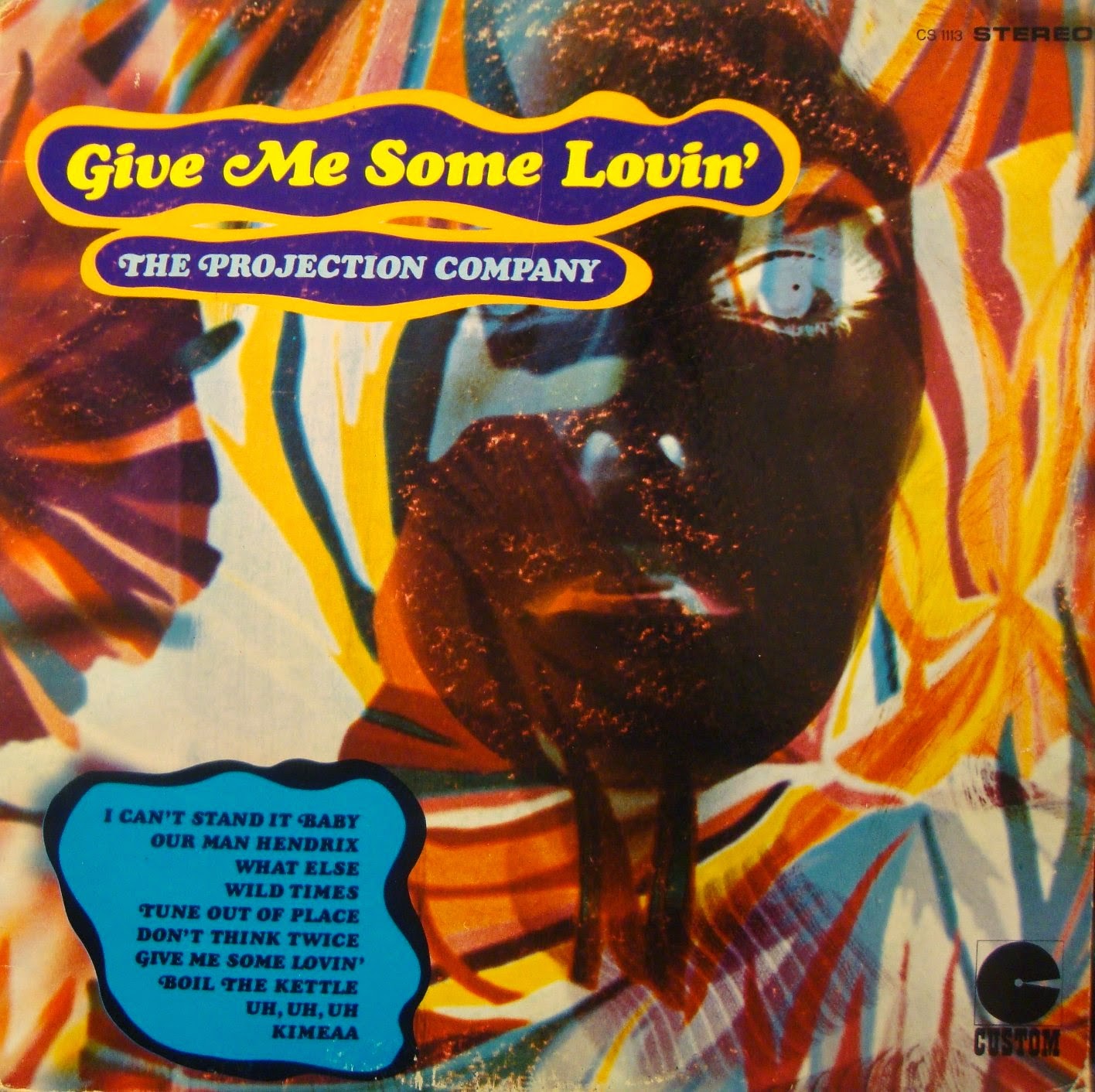 Starting with the Projection Company's "Give Me Some Lovin" from 1967, this is before the era when fuzz guitars really ruled over exploitation albums so it's not as wild as some, but has plenty to offer as a good time party record. Kicking into life with a perfectly serviceable cover of the Spencer Davis Group's title track, there's a very enjoyable mod-soul tinge to a lot of these tracks, with nods to the bluesy psychedelia of early Cream too, not to mention a cover of the Id's "Boil The Kettle". Things really heat up with the closing trio of tracks though - a hypnotic piece of sitar-heavy raga, a Hendrix tribute that sounds little like Hendrix (but cooks nonetheless) and a groovy organ laced gem with some lovely, jazzy guitar octaves.

Things get much weirder as we step forward into 1971 with the German exploitation classic from Staff Carpenborg & The Electric Corona. It's easy to see why this one has the reputation it has and has been reissued in so many formats over the last few years, sounding like the band have been given a bottle of Electric Kool Aid each as they enter the studio, with the material sounding as unconventional as the song titles themselves ("Shummy Poor Clessford Idea in Troody Taprest Noodles" anyone?). "Fantastic Party" shows the full potential of the exploitation concept and is a lightning in a bottle showcase of what can happen with the right people are thrown together in a studio for a day with full creative freedom. Sure it's psychedelic as all hell, but it also owes a heap to both free jazz, and Miles Davis of the era (the magnificently slinky double-basslines are pure "Bitches Brew"), not to mention funk, krautrock, eurohorror films and a bit of almost anything else you can imagine. Vocals appear sporadically, with an off the cuff, scat delivery but their general absence isn't missed in the slightest - there's so much going on here, that there's just no room for them.

So a pretty great combo here packaged in a nice vinyl replica sleeve, with the original front cover art from each title on either side - hugely recommended.