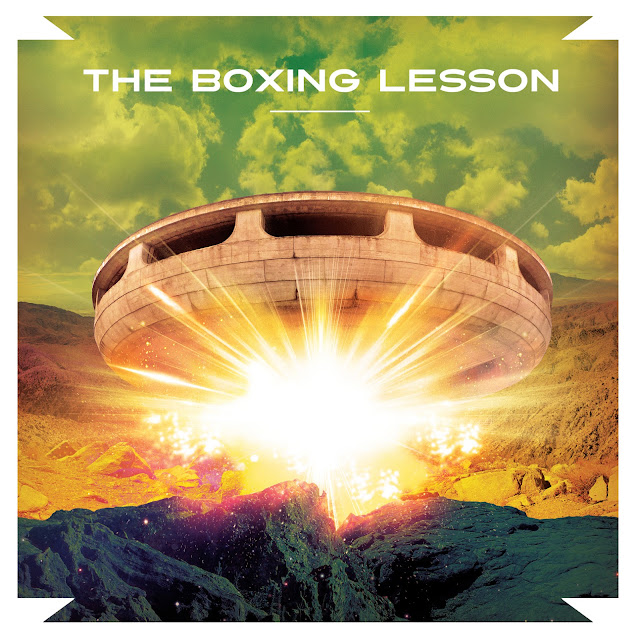 Austin band the Boxing Lesson named themselves well, as they've certainly learned a thing or two about how to take a body blow in the five years between their first album and the eventual release of it's follow up "Big Hits".
An unfortunate tale of woe which includes drummer arrests, car accidents, disappearing replacement drummers (and managers), financial backers going AWOL after the fact, and finally studio engineers making off with the tapes, which prompted this effective e-mail from mild-mannered Boxing Lesson frontman Paul Waclawsky: "Good morning asshole. This has gone too far. You trashed $1,000s of my property. There will be repercussions. Somehow, someway, I will have sweet revenge. I'm fucking crazy. You don't even know the extent." (Read the full story here.)
The "Big Hits" tapes swiftly made their way back into Waclawsky's hands, and one listen makes it pretty clear why the band fought so hard to get this out there, while lesser bands would have admitted defeat.
Alternating between short, sharp rockers and longer tunes that show a distinct cosmic leaning this lot show a mastery of both forms, with a distinctive, modern alternative rock sound that acknowledges the influence of psychedelia and kosmische without sounding remotely like a throwback.
Opener "Endless Possibilities" is an effective, and unusual choice of opener - the album's slowest and longest song (at almost nine minutes) with attention grabbing Berlin Bowie style sax augmentation, it's an enjoyable prelude to an album that fully takes off with the riffy, upbeat "Eastside Possibilities" and doesn't rest for a minute from there on in, with Waclawsky's barely restrained guitar wrangling impressing almost as much as the solid tunesmithery, particularly on songs like "Health is the New Drug".
An impressive triumph against adversity, and a fine piece of alternative space rock in it's own right.

Email ThisBlogThis!Share to TwitterShare to FacebookShare to Pinterest
Labels: Reviews, The Boxing Lesson