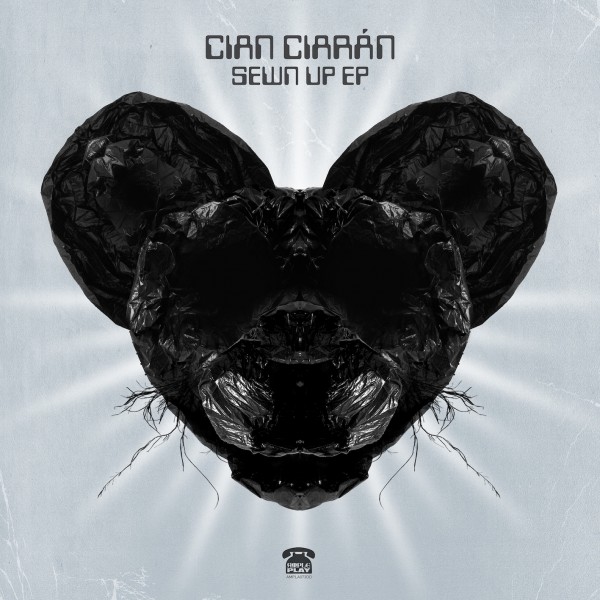 In which a melodic baroque pop balladeer once more becomes a Super Furious Animal.
Following up on last year's "Outside In" which was a surprising and very welcome Beach Boys influenced baroque pop gem with a lush romantic core, Super Furry Animal Cian Ciaran is back with an E.P that is the polar opposite of that album, and offers a return to a soundscape that will be more familiar to long time Furry's fans.
"Sewn Up" is a six track digital only E.P from Ample Play Records that precedes Ciaran's second album "They Are Nothing Without Us", and is full of melodic protest - a rousing call to arms against a whole bunch of stuff that we should be against, primarily the corruption and greed that makes the rich richer, and the poor poorer.
“It’s about shouting up, exercising your voice, being pissed off and urging people not to take any more shit. We live in a world where there’s a widening gulf between the haves and have-nots. The elite continue to exploit, politicians continue to misrepresent whilst the media continue to manipulate and bankers, well we all know what rhymes with bankers! It's time we face the consequences of our actions, we are all responsible.” says Ciaran, and for those concerned that this is going to be a shouty, you're all a bunch of bastards mess, fear not - Ciaran knows how to sugar coat a heavy blow with a sweetness that helps the medicine go down.
Album previews "Sewn Up" and "Sleepless Nights" represent vitriol and bittersweet resignation eloquently, while E.P exclusives "Free" and "Onkalo" have a melodic clout that suggests both that they were never intended as album offcuts, and that "They Are Nothing without Us" is going to be a pretty great record.

"Sewn Up" is available here now.

"They Are Nothing Without Us" will be released September 20. Pre-order here.