Rosco "The Call of the Cosmos" Review 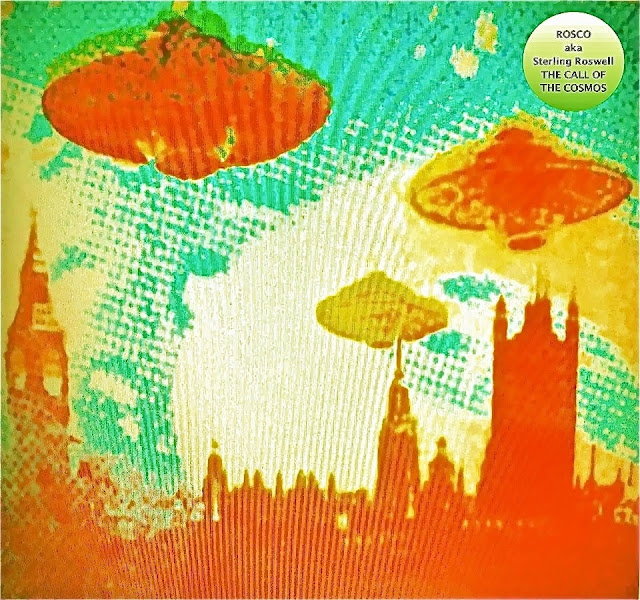 Rosco is the solo nom de plume of Sterling Roswell. You know? That chap out of Spacemen 3? Arguably the most important psychedelic outfit of the eighties? Not to mention the Darkside. Crikey.
So expectations were already well set in for "The Call of the Cosmos" when it came to give it a first listen, not only in terms of quality but also in a supposition that I could assume what the album would actually sound like.
Silly me. This is a confounding listen (in the best possible way). Where I'd expected Roswell to stick with the sound that Spacemen 3 helped instigate (which all the kids seem to be copying these days to certain degrees), he's taken things in a totally different direction here (although to be fair, I'm totally ignorant of anything that he's done musically after the Darkside, so this may not be as big a departure as it appears to me.)
So we've established what "The Call of the Cosmos" isn't, now to take on the more difficult task of establishing what it is exactly. Space-pop would be a fair call, but there's a whole lot more happening just under the surface that colours things in unexpected ways and keeps "The Call of the Cosmos" shifting like quicksilver. Naturally there's a whole lot of extremely spacey psychedelia happening here (the Seeds "Tripmaker" and Rosco's own "Island of Ether" which will have inexperienced listeners peeling their face off), but you can also add dub ("Interplanetary Spaceliner"), baroque pop ("Give Peace Another Chance"), and on "The Girl From Orbit in Dub" a triumphant pop epic that warrants comparison to two giants that you'd assume unlikely to be conjured here - Lee Hazlewood and Luke Haines.
Something of a triumph then.

Stream or download here. Also available on vinyl in a limited run of 300.