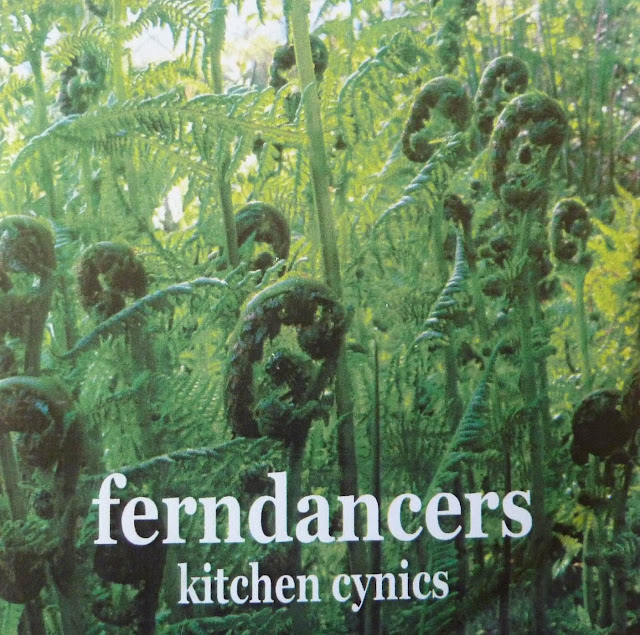 Technological advancement makes it easier on a day to day basis for musicians to self record and release their material online to an audience of anything from one to millions.
A number of these self released musicians remain obscure with good reason, but every now and then someone special comes along - you'd be pushing it a little to suggest that they should be a household name, but certainly deserving of the devoted following of a Roy Harper or a Tom Rapp.
One such gentleman is Alan Davidson, an Aberdeen art teacher who records as the Kitchen Cynics, and has quietly amassed a back catalogue of some 98 release on his own "Les Enfants Du Paradiddle" CD-R label - not a bad haul, and assuming that the random selection of seven titles that I've listened to recently are representative, remarkably consistent.
His latest, "Ferndancers" is a quiet wonder of hazy psychedelic folk, an unholy hybrid of Alasdair Roberts, Syd Barrett and Roy Harper cast through a spooky psychedelic filter.
Built upon a foundation of his intricate fingerstyle guitarwork, Davidson weaves clever tales of the everyday and the extraordinary, often making his original compositions sound like timeless traditionals, while his takes on traditional ballad take on a life of their own in a way few of his contemporaries can match.
Highlights are many on this particular album - "Where The Owls Were" is a pagan spookfest with a beguiling melody, while "Shipwrecked" could be one of the standout songs from the serious side of "H.M.S Donovan". There's not a track on here that couldn't be singled out for praise for numerous reasons, whether it be an inspired choice of accompaniment or a devastating couplet innocuously delivered in his gentle Scottish burr.
Better late than never then on the discovery front, this is wholeheartedly recommended and is that rarest of things - a psychedelic folk album that owes allegiance to both genres, without shortchanging either.

Order a CD-R now from Alan at kitchencynics@googlemail.com and you can thank me later.


Note : there appears to be more than one version of this album out as the tracklisting on discogs (here), is considerably different to the version I received which featured this tracklisting: 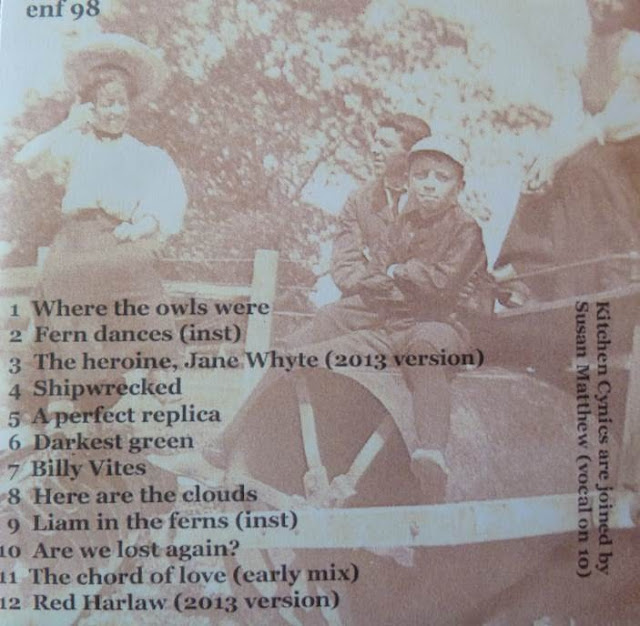