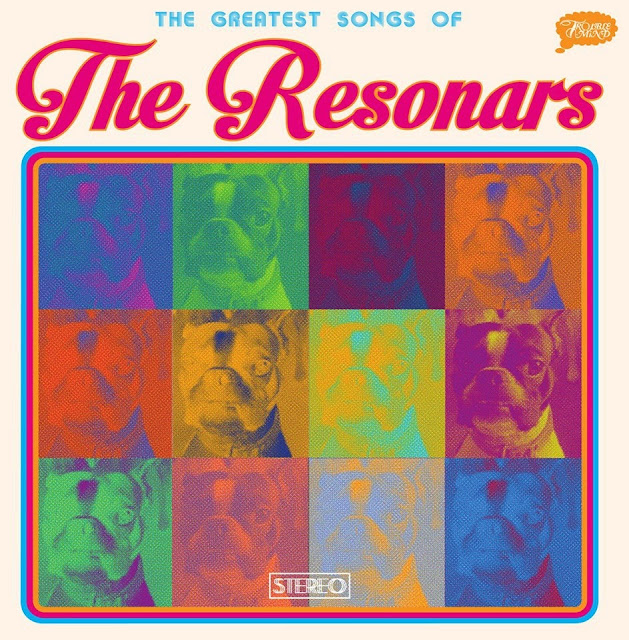 In some ways it's a little distressing that we live in a world where this sort of collection is necessary. In an ideal world an "introduction" to the Resonars would be as redundant as a hits collections by the Beatles or the Byrds - a fantastic distillation of awesomeness certainly, but not nearly enough of a good thing that deserves to be sampled in a much larger context (i.e the entire, filler-free back catalogue).
We don't live in that world yet though, so this collection, chronicling all of the very best bits of the Resonars back catalogue (barring their most recent release "Crummy Desert Sound", reviewed here) has it's role to play and it's hard to imagine anyone hearing this and not wanting to investigate further.
If the Resonars are new to you, you have great things to discover, and this collection contains more than it's fair share of them.
For the last sixteen years or so, the Resonars have been the outlet for Matt Rendon's songs, which distill the glory-days of mid to late sixties rock n roll into concise melodic nuggets which the terms psychedelic, garage, pop and punk all apply equally to. If you want a ballpark, think the Who circa 1967, backing 1966 Hollies, often at breakneck speed - even more impressive when you realize that the comradely, live-in-studio sounding band interplay you're listening to is actually all the work of Rendon playing everything himself. Tricky bugger.
In some ways this collection also represents the end of chapter one for the Resonars, with a live version of the band naturally falling together earlier this year for a bunch of shows which have been quite exceptional by all accounts. It'll be exciting to hear what happens when they're crammed in a studio together, but in the meantime let's appreciate the legacy Matt has built up by himself - glorious, ornate harmonies, flawless choruses, chiming, vintage guitar sounds with feet equally in the folk-rock and vintage garage camps - there's little to fault here, and anyone who owns a copy of "A Quick One" or "Nuggets" owes it to themselves to investigate this immediately. You will not be disappointed.