"The Dawn of Psychedelia" Review 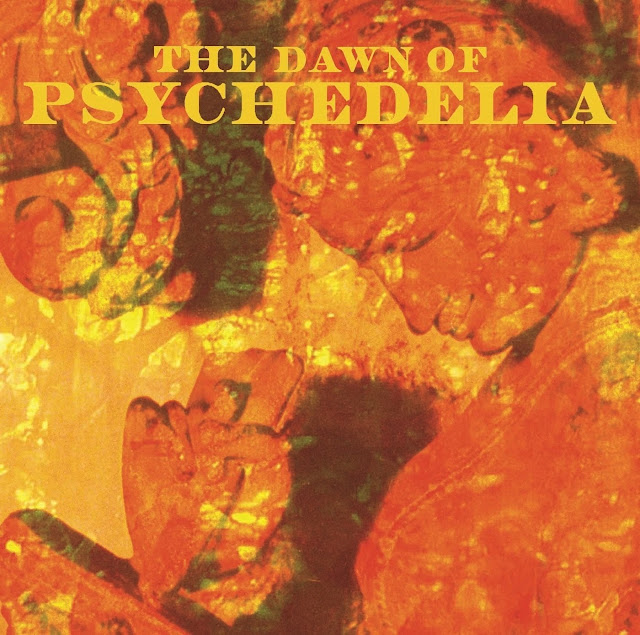 El Records have been releasing some interesting compilations lately, with their early electronic compilation "Electronic Music For The Mind" scaring the pants off me, but it's close release date companion "The Dawn of Psychedelia" proved to be a much more illuminating listen.
Focusing on the artistic movement leading up to the birth of psychedelic rock as we know it, this is an excellent two disc set that spreads it's net wide, taking in Indian classical music (lengthy ragas from Ravi Shankar, Vilayat Khan, Ali Akbar Khan & Sharan Rani), a diverse mixture of groundbreaking jazz (Gabor Szabo, Yusef Lateef and Sun Ra among others), as well as finding room for pioneering electronic composer Edgard Varèse and Sanctus from the Missa Luba, famously used in Lindsay Anderson's film "If..."
Best of all though is Sounds Incorporated's 1962 take on  Les Baxter's exotica classic "Taboo" which must have freaked out pretty much everyone who heard it on it's original release date, with it's thunderous tribal toms and the sort of dexterous flutework that launched a thousand communal psychedelic bands later that decade.
Unfortunately almost every second track is spoken word and although they're short pieces that account for very little of the two discs actual playtime, they have a detrimental effect on the flow, and don't benefit from the repeat plays that the uniformly excellent music tracks here do. Having said that, the likes of Aldous Huxley, Salvador Dali and Jackson Pollock do belong here as part of the wider picture, but it would have been nice to see these tracks tagged on the end of the second disc where we could discretely hit the stop button as required, rather than having to skip every second track.
So program your CD player, and what you've got here is a pretty peerless portrait of the psychedelic mindset leading up to the early sixties with plenty of eye openers, and some spectacularly inventive, exploratory music.
Highly recommended.

Available here as a 2 CD set at a bargain price.