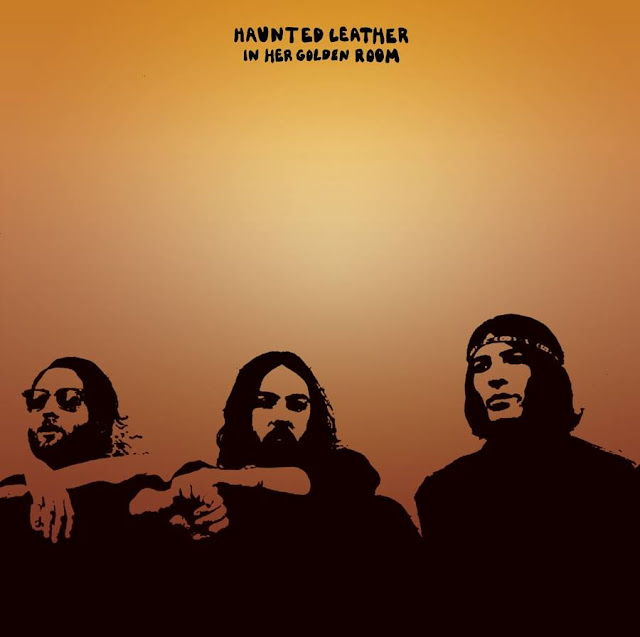 Following up on last year's excellent "Red Road" LP was always going to be hard, and Haunted Leather's new E.P "In Her Golden Room" doesn't stray too far from the path of what made that album so successful, instead consolidating those strengths into an even more concentrated dose of widescreen psychedelia.
I use the term widescreen in a literal sense here, as these five tracks are sprawling cinematic vistas that could soundtrack one of those gritty westerns that the Coen Brothers excel at. I'm picturing the sun beating down relentlessly on our hero, dehydrated to the point of near death and face down, clawing his way towards an oasis that may or may not be a feverish hallucination, vultures circling overhead ominously. And I don't have much of an imagination - I dread to think what this will do to the rest of you.
And if that doesn't appeal then know this; "Sophie's Song" has the hugest, most reverb laden guitar sounds that I've ever heard. Truly enormous.
So review-wise this is short and sweet, but your time would be much better spent laying in the sun, closing your eyes and turning this up really, really loud anyway - which I suggest you do now.

The 10" vinyl is limited to only 250 copies on clear yellow vinyl - order here.

Or, if you're that way inclined, this can be had digitally here.