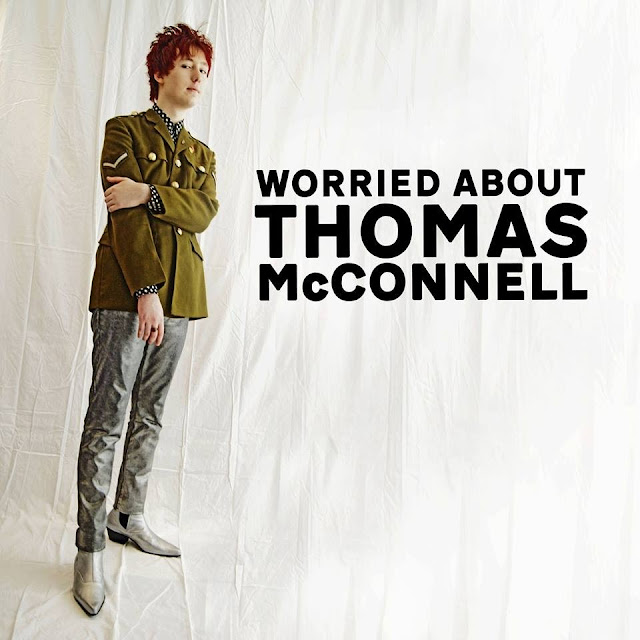 Young Liverpool muso Thomas McConnell became a bit of an internet sensation when he uploaded his spot-on solo piano recording of Paul McCartney's new tune "New" within 24 hours of Macca's version becoming public.
What the ensuing news stories have largely glossed over is that as good an interpreter as he undoubtedly is, he's an equally gifted songwriter in his own right. Admittedly he wears his influences on his sleeve and this may rile those who demand complete originality (which there's little left of these days anyway) but I for one am far more interested in quality than originality, and McConnell's tunes are invariably blessed with more than their fair share of sparkle, wit and more than anything else, charm.
His recent E.P "Worried About Thomas McConnell" is a fine example of this.
Opening with the raucous Ringo style rockabilly of "Blame it on Rebecca", and the more subdued piano/keyboard ballad "John" showcases his sense of fun and reverence in equal measure, but it's on the E.P's final two tracks that he really hits the ball out of the park.
"Penelope, Definitely" is a sparkling power-pop number, with a killer chorus and arrangement, Wings with just a dash of Big Star for good measure, while "Just a Little Bit, Jill" is somehow even better, taking full ownership of it's "Abbey Road" (or at least "Band on the Run") aspirations with a marvelous McCartneyesque piano bounce, immaculate harmony vocals, and a chorus with more hooks in it than most would deem decent.

And interviewed him here.