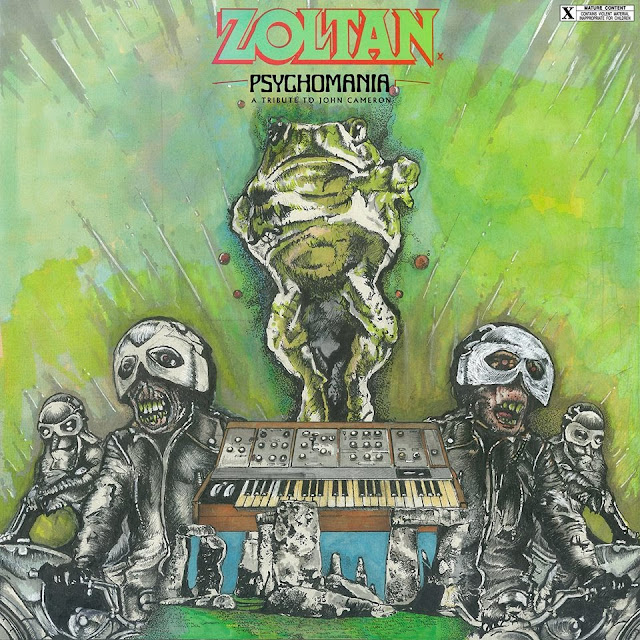 "Well, I'm dead Mother. But apart from that I couldn't be better."

1973's "Psychomania" (A.K.A "The Death Wheelers") is a classic piece of English cult cinema, tremendously entertaining (not to mention daft), it follows the exploits of "The Living Dead" biker gang, a rather unusual gang who are pretty nasty (well, they are bikie's after all) but are also extremely well spoken (they're English, don't you know) and have a tendency to wear flowers in their hair and pull out acoustic guitars. Which doesn't stop when they come back as zombies.
George Sanders and Beryl Reid threaten to steal the show as clueless upper crust parents, but John Cameron and his score are the real stars.
Which brings us to London three piece Zoltan.
Fresh off the success of their debut (reviewed here), where they showed off their compositional as well as instrumental chops, this new 12" release (which showcases a thirteen minute suite of music reinterpreted from Cameron's score) sets out to prove that Zoltan's interpretative skills are every bit as impressive, and is resoundingly successful in doing so.
Rather than separate the cues as one would expect on a standard soundtrack, they've elected to create a continuous suite that highlights the best elements of Cameron's score.
There's a fine line between faithful reverence and reinvention on projects like this, and Zoltan manage to toe the line perfectly, updating (slightly) the fuzzy original score with their signature analogue synthesizer / rhythm section approach suggesting an alternate timeline where the early seventies post-hippie, progressive sensibilities had a longer life span and had time to encroach upon the work of synth masters like John Carpenter.
And while Cameron's music may not offer Zoltan as many opportunities to show off their instrumental dexterity as we heard on their own compositions, it's seamless combination of menacing atmosphere and vampish groove is pretty spectacular. 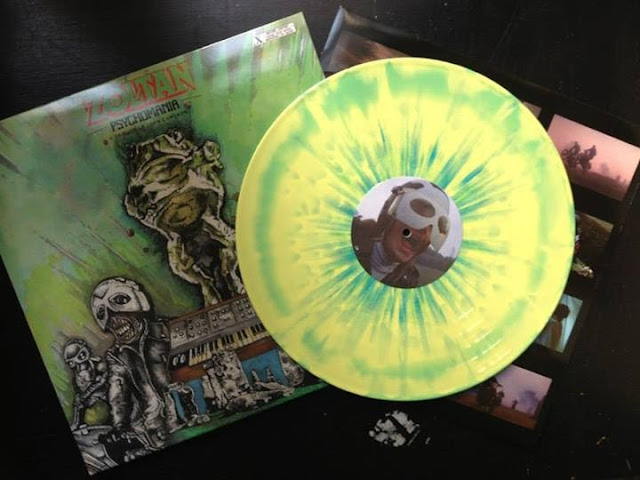