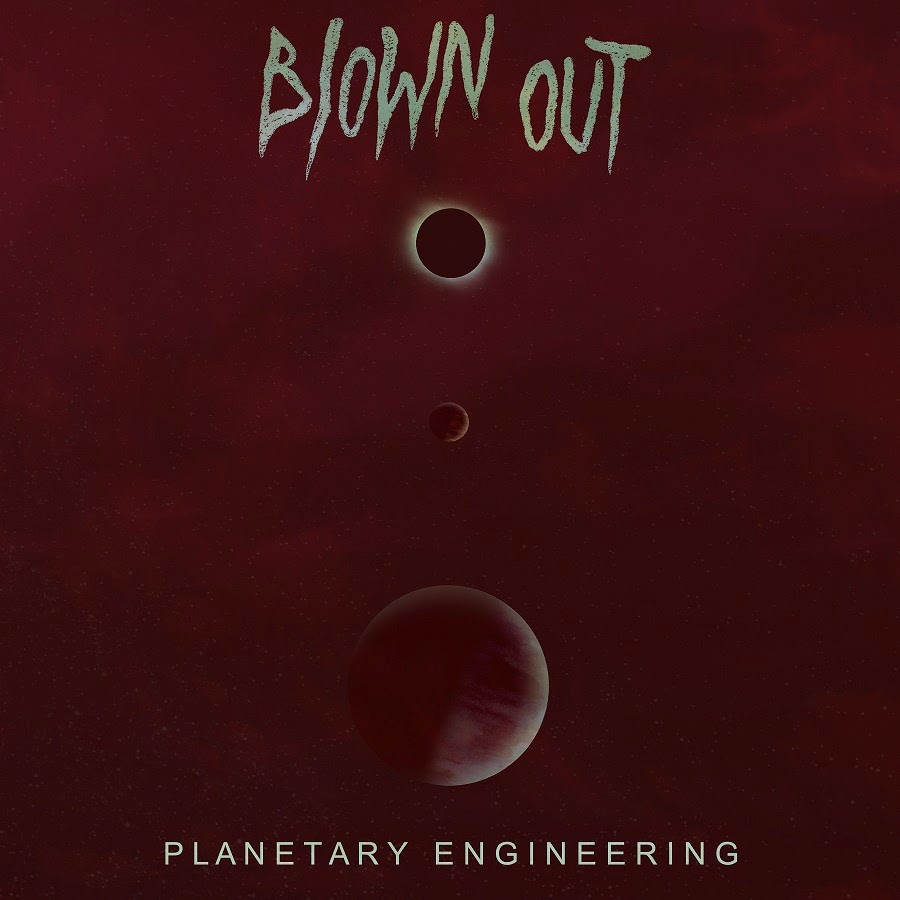 Blown Out return – and just a few months after their last release, "Jet Black Hallucinations" – with "Planetary Engineering". This outing, consisting of (not surprisingly) two long cuts, is dedicated to the aye-aye: the world’s largest nocturnal primate whose local narrative includes – and if you’ve seen a picture of one you’ll understand why – being mistaken for a demon harbinger of death. (Seriously, take some time to research this animal; it’s a rich read.) More importantly however, the aye-aye is on the near-threatened species list, and Oaken Palace Records, a unique non-profit organization, dedicates itself to raising awareness and funds to support the protection of animals that have unfortunately made the endangered list. "Planetary Engineering" is Oaken Palace Records’ seventh release. Other albums – from the likes of Eternal Tapestry, Nadja and Parallel Lines – have successfully donated impressive amounts toward the preservation of Orca whales, New Zealand dolphins, European ground squirrels, polar bears and others. So, while you’re picking up Blown Out’s LP, explore a bit more; all are worth a listen and for a good cause.

If you’re familiar with Blown Out – or, for that matter, their related projects Bong, 11Paranoias, Haikai No Ku, Drunk In Hell, Khunnt, and Pigs Pigs Pigs Pigs Pigs Pigs Pigs – then you know that "Planetary Engineering" is an apt banner; it implies careful scaffolding of immense and almost inconceivable parts as well as chemistry, evolution, and even godlike abilities – in other words, objects of massive size. And that’s what we’re given: slabs of pitch black bass riffs, pounding free form rhythms and hardworking cosmic leads. It’s a perfect recipe, one fans have come to expect from the three and one that never fails to leaven.

For a combined running of thirty six minutes, these two new tracks – "Descending Deep Infinity" and :Thousand Years in the Sunshine" – deliver on the implicit promise made with Blown Out’s first release in 2014: a maximalist trio mapping heavy sonic landscapes. As Oaken Palace Records states in their press, “It’s heavy. It’s psychedelic.” But it’s more than that too. It’s a great listen for anyone.

The "Planetary Engineering" LP is due out sometime in May – maybe June – and will include digital download. Keep an eye on the Oaken Palace website for the official release date and check out the promotional video below.