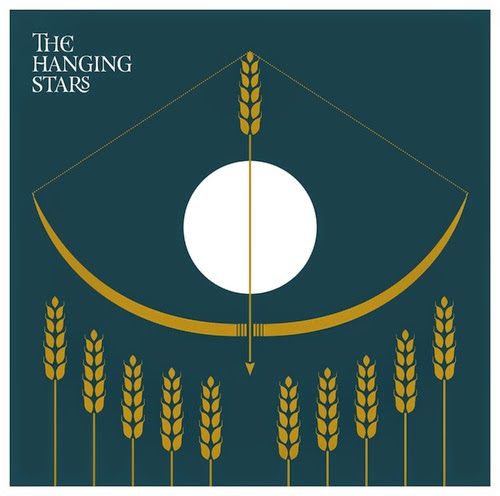 We (the royal we) are big fans of the See See here at Active Listener HQ, and we're betting that a few of you are too. Fantastic then to discover that the auto-correct nightmare Thelightshines isn't their only offshoot escapee, with this excellent 7" from the Hanging Stars giving all involved a serious run for their money.

It's a good old fashioned double a-side too, none of that 'rubbish remix on the flip' nonsense here, with accompanying videos for both tracks awaiting your attention on the Youtube.

"Golden Vanity" is lovely, ushered in by gently swelling backwards guitars, before a trademark Starkey backbeat leads things into a hazy middle ground somewhere between "Tomorrow Never Knows" and the Byrds' "John Riley". It's a top, trad folk tune of which Bob Dylan was a big fan, wheeling it out in concert a couple of times when he was attempting to recapture his songwriting muse in the early nineties by revisiting the folk tunes that he used to pore over as a youngster. The Hanging Stars version is a lovely piece of lysergic folk-rock, with enough period-piece trickery to satisfy retro hounds, captured in a lush fashion which will keep those of a more contemporary mindset interested too.

"Floodbound" is quite special too, an original this time, and one with the sort of lush West Coast tendencies which has made us obsess over the Junipers, the Kontiki Suite, and the Greek Theatre in recent years. Exquisite steel guitar aplenty, and a tune which unravels at its own relaxed pace, self-assured enough to know that it's going to make friends wherever it goes.

Word is, the Hanging Stars have just wrapped up a debut album. There's bated breath here regarding that, and in the meantime you should grab this lovely 7" (released by the Great Pop Supplement) here, as it is bound to be out of print before you know it.